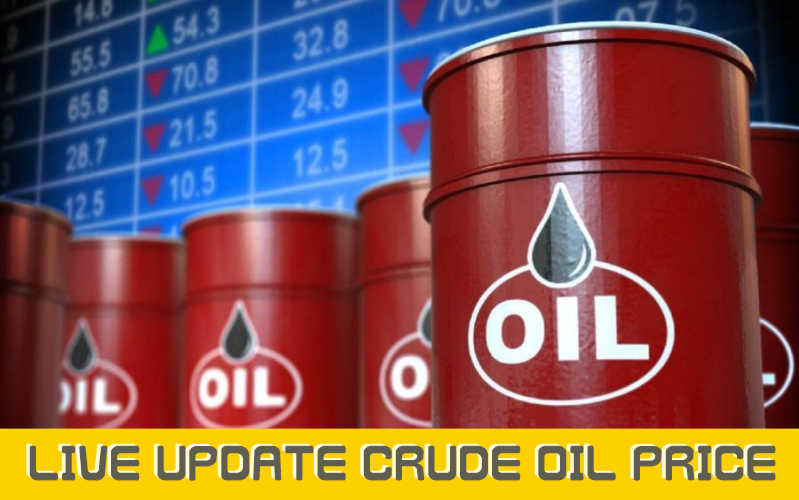 MCrude oil is a natural substance that can be found in rock formations on earth. To extract maximum value from Crude Oil, this substance needs to be purified into refined petroleum products such as gasoline, diesel, kerosene, etc.

Crude oil can be categorized according to its type as well as the name of the oil product from the exploration itself. Trading petroleum commodities cannot be separated from these distinctive characters.

Crude oil can be categorized according to its type as well as the name of the oil product from the exploration itself. The types of oils include:

Currently, there are two of the most widely used reference prices for crude oil in the world. Namely Brent and WTI (West Texas Intermediate) oil prices. Brent (Brent Crude) is a term for oil from the North Sea (Europe), with the name Brent coming from mining land in the North Sea, which was opened in 1970.

The price of Brent oil has been the basis of price formation since 1971 for almost 40% of the value of oil worldwide, and continues to be used today.

However, in its development, the United States’ oil production has been increasing and has contributed greatly to the world market share, so that the price of WTI oil began to be used as a reference since around 2007.

WTI (West Texas Intermediate) is petroleum that is produced in North America, and in its application is mostly used for gasoline products. This type of oil is lighter and easier to process, so it is in great demand, especially in the US and China.

Besides Brent and WTI, there are other types of oil that are widely traded in the world, such as Dubai Crude (oil from Dubai), Oman Crude (oil from Oman), Urals Oil (the reference price for Russia’s exports of oil), and OPEC Reference. Basket (average price of oil exported by OPEC countries). However, the general benchmark for setting oil prices is Brent and WTI.

Crude oil only contains crude oil, but in everyday use it is also used in the form of solid, liquid, and other gaseous hydrocarbons. At standard temperature and pressure conditions, light hydrocarbons such as methane, ethane, propane, and butane are gases that boil at -161.6 °C, -88.6 °C, -42 °C, and -0.5 °C, respectively (- 258.9°, -127.5°, -43.6°, and +31.1 °F), whereas higher carbons, from pentane upwards, are solids or liquids. However, in underground oil sources, the proportion of gases, liquids, and solids depends on the surface conditions and the phase diagram of the petroleum mixture.

Oil wells mostly produce crude oil, and sometimes natural gas can be found in them. Because the pressure at the Earth’s surface is lower than below ground, some of the gases will escape as a mixture. Gas wells mostly produce gas. However, because the temperature and pressure underground are greater than the temperature at the surface, the escaping gas sometimes also contains larger hydrocarbons, such as pentane, hexane, and heptane in gaseous form. On the surface, this gas will condense to form natural gas condensate. The physical form of this condensate is similar to gasoline.

The percentage of light hydrocarbons in crude oil varies greatly depending on the oil field, the maximum content can be up to 97% of the gross weight and the minimum is 50%.

The types of hydrocarbons found in petroleum are mostly alkanes, cycloalkanes, and various types of aromatic hydrocarbons, plus a small amount of other elements such as nitrogen, oxygen and sulfur, plus several types of metals such as iron, nickel, copper, and vanadium. . The amount of molecular composition varies greatly from oil to oil but the percentage proportion of the chemical elements […]

Natural Commodities Price in US Dollar

Gasoline Price in US Dollar