There are many reasons to buy an iPad, which is why so many people own one. One of the best uses of the iPad is as a digital comic book reader. As good as holding a printed comic in your hand.

In this article, we list the best iPad comic readers to download and use. This will allow you to build a comic book collection from scratch or read your existing comics.

If you’re reading this, there’s a good chance you already have a fairly large collection of digital comic books in CBR or CBZ format. If that’s the case, you might be looking for a way to read them on your iPad.

Here are some of the best iPad comic readers from which you can import your existing comic book collection.

Chunky is probably the most popular comic book reader available on the iPad. It is completely free to install and offers multiple ways to import your collection. What’s great is that Chunky automatically enhances your comics to enhance low resolution images. You can even turn on automatic contrast to compensate for faded panels and muted colors. 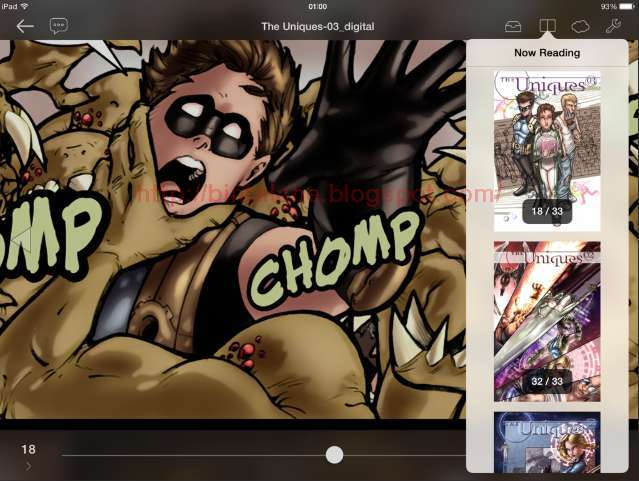 Sync Chunky with iCloud Drive, Dropbox, Google Drive, and other cloud services to import CBR, CBZ, CBT, and PDF files. If that’s not comfortable enough, upgrade to the Pro version to download comics from your computer or NAS drive wirelessly.

The Pro update also gives you access to alternative color schemes and automatically cuts borders from each page. Even without upgrades, Chunky offers everything you need to organize and enjoy digital comics on your iPad.

Panels is a sleek new comics reader that uses Google to sync your reading progress across your iPad and iPhone. It works with CBR, CBZ, and PDF files, to cover all the most common formats, which you can read in horizontal, landscape, or panel-by-panel mode. 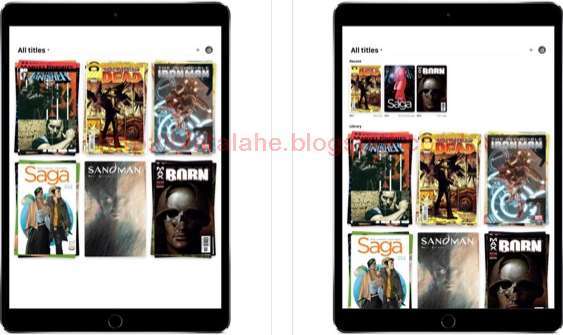 Panel’s free version only lets you import comics using iCloud Drive. But you can upgrade to the Pro version to unlock Dropbox, Google Drive, OneDrive and web server options.

Even without upgrading, you can still connect your iPad to a computer to transfer comics using iTunes or the Finder.

ComicFlow takes a free, free, and open-source approach to reading digital comics. It lets you load your iPad with CBR, CBZ, and PDF files with minimal organization. Just put your comics in a folder to make them a series. It’s a polished and reliable reader, despite the fact that it doesn’t get regular updates. 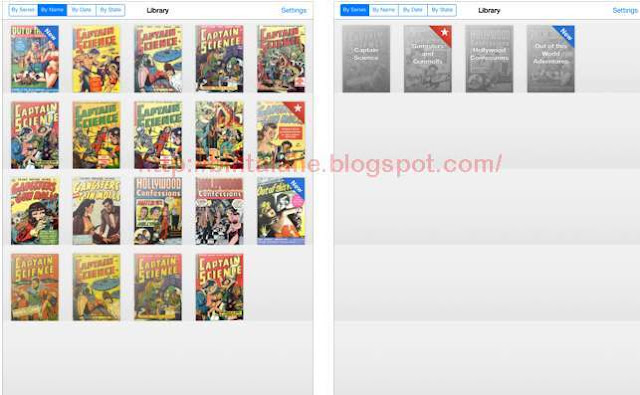 You can transfer comics over Wi-Fi using a web server or WebDAV server. Just drag-and-drop your comic onto the server window and wait for it to appear in the comic reader on your iPad.

Unfortunately, ComicFlow limits this feature to 50 transfers. After that you need to upgrade via in-app purchase. But you can still sync comics for free using iTunes or the Finder if you don’t want to upgrade.

Thanks to its focus on simplicity, ComicFlow promises to handle thousands of comics and tens of gigabytes of files. And do so while offering all the features you need to enjoy your collection.

iComix: CBR and CBZ Reader to Sync with Cloud

Like ComicFlow, iComix is ​​a free comics reader for your iPad with an emphasis on simplicity. The app offers both light and dark themes, with just a few tools to organize your library. 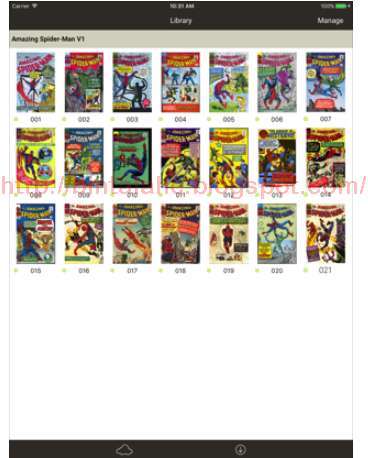 There’s no handy web server transfer, but you can connect to Dropbox, Google Drive, OneDrive, or Box to import comics instead. If that’s not great, you can also transfer files from your computer using iTunes or the Finder.

iComix only supports CBR and CBZ files, so it’s not the most compatible comic reader available for your iPad. That said, most digital comics are in one of those two formats.

You can think of YACReader or “Yet Another Comic Reader” as a paid upgrade to the free options above. This is great for people who want additional features and compatibility options. YACReader supports CBR, CBZ, PDF, ZIP, RAR, and RAR5 files, so you don’t even have to extract your comic archive before reading it on your iPad. 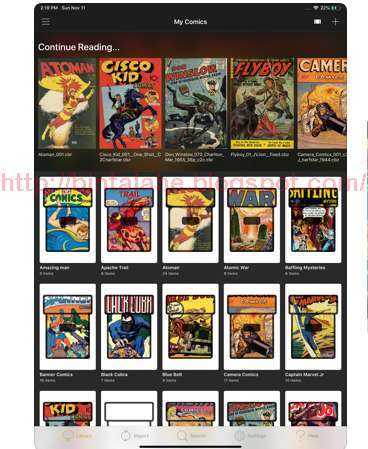 When importing comics, you can sync using Dropbox, Google Drive, Box, or OneDrive. Or if that’s not good enough, plug your iPad into your computer to sync comics using iTunes or the Finder.

This app really shines when combined with YACReader desktop app free for Mac, Windows, or Linux. This lets you connect your iPad to your computer and access your collection without leaving the YACReader app.

Highly customizable and polished, iComics is another option for those who want more from their comic readers. As a testament to this, iComics supports all of the following comic book file formats: ZIP, CBZ, RAR, CBR, 7ZIP, CB7, TAR, CBT, LZH, LZH, LHA, EPUB, and PDF. 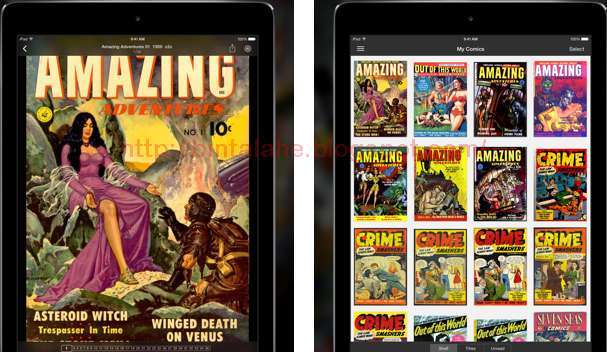 You can even read manga comics from right to left and you can send each page to the printer. iComics also places great emphasis on the reading experience, with smooth scrolling and the option to bypass borders.

Unfortunately, iComics may disappoint you with its transfer options. The only options you get are to connect with iTunes or Finder via cable or to add comics from other apps on your iPad. You do this by opening Share > Open With from other applications.

A premium product that has been in development since 2010, Comic Zeal is mature and feature-rich. Though it may seem bloated to those with less demands from comic readers. The $4.99 price tag gives you powerful organizational tools — perfect for storing the bulk of comics you want. 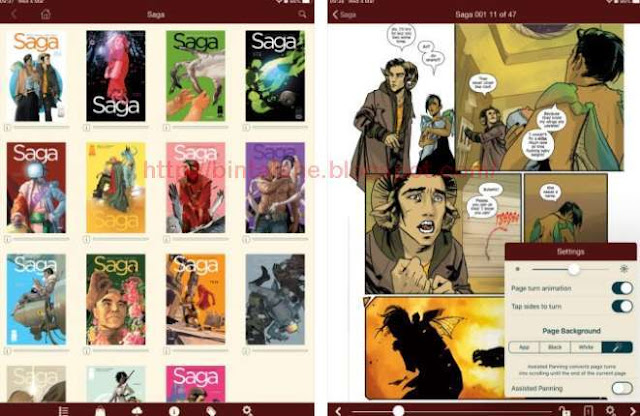 The app includes support for file transfers over Wi-Fi, downloading from cloud services, importing via AirDrop, and good old-fashioned iTunes or Finder file transfers. However, to import more than one comic at a time from the cloud service, you will need to opt out for additional in-app purchases.

Comic Zeal may be pricey, but it’s packed with features.

If you don’t already have a collection of CBR or CBZ format comics, you may choose to purchase comics directly from the comics reader app on your iPad. The app below should fit the bill for it.

The following iPad comic readers are all free to download, but you will need to purchase individual comics to read them. Sometimes there are free offers, but for the most part, you have to pay for everything you plan to read.

ComiXology is owned by Amazon and is one of the best iPad comic reader apps available. It offers access to comics from Marvel, DC, Image Comics, IDW, Dark Horse, and more. Although, you may find that the latest releases are not available for purchase until a few months after their physical release.

You can install ComiXology as one of the how to read comics on Mac you as well as on your iPad or iPhone. This makes it easy to sync your digital comic collection across every device. The only problem is that you can’t buy comics in the app itself; You need to add it to your Wish List and buy it from the ComiXology website instead.

If that sounds like an inconvenience, consider signing up for comiXology Unlimited instead. This subscription service costs $5.99/month and gives you access to over 20,000 comics from the comiXology library. 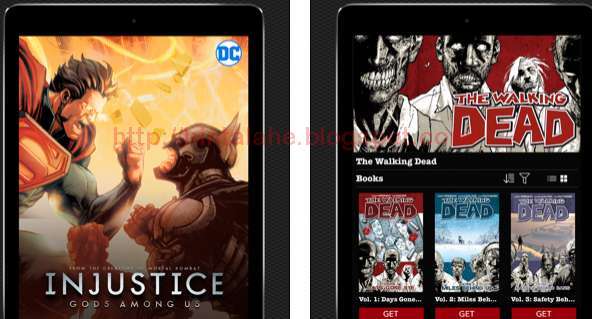 You can find plenty of free content from the sidebar that includes comics from Blizzard, DC, and IDW, to name a few. But you can also buy famous series and one-off issues to start building your collection.

Most major publishers offer their own apps for reading comics on your iPad. Many of them are very competent readers with a built-in shop to buy new issues. You usually don’t get much in terms of organization options for the library, as the publisher organizes all the comics for you. 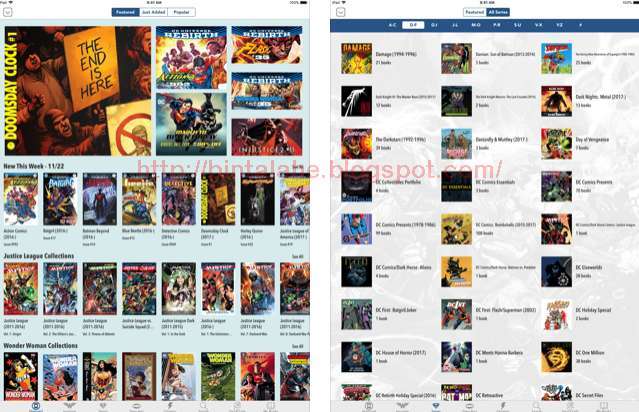 You can get apps from DC, Marvel, Image, Dark Horse, and IDW. But the Marvel app is probably the most popular. You can also sign up for Marvel’s subscription service, which gives you instant access to tens of thousands of comics, although there’s a separate app for that.

If you only read comics from certain publishers, you may be exempt from using their specific apps. You might even get access to exclusive issues not available anywhere else. But most people probably don’t want this limitation because it means sharing your comic collection across different apps.

If you read comics from many different publishers, you may have to build your collection of CBR or CBZ files to use one of the iPad comic readers listed above, or stick with buying comics from a third-party store like ComiXology instead.

Where to Find Free Comics to Read Online

Now that you know all about the best iPad comic readers, you may want to expand your comic book collection.