Modern MacBook Pros are powerful and portable, there may be times when you want more of a desktop setup, with a bigger monitor and lots of peripherals.

Thanks to Thunderbolt 3 technology, you can have the best of both worlds. While the ports look identical to USB-C, there are some significant differences between Thunderbolt 3 and USB-C.

Thunderbolt 3 docking plugs into a compatible port and can solve the dongle dilemma by offering USB, HDMI, and many other connections. We highlight some of the best Thunderbolt 3 Docks for turning your MacBook Pro into a desktop workstation.

No need to worry about bricks and power cords when using the CalDigit TS3 Plus Thunderbolt 3 Dock. The dock provides up to 85 watts of power, more than enough for most MacBook Pro models at full power. An additional Thunderbolt 3 port offers up to 15 watts of power for downstream devices. 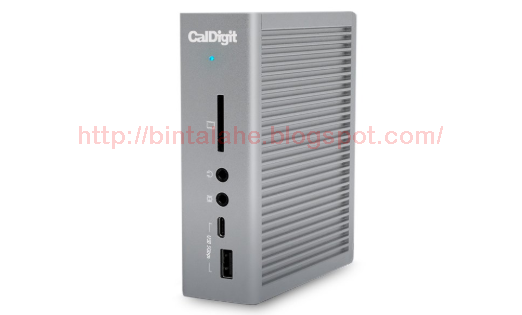 In total, there are 15 ports in the Dock, including five USB-A 3.1 ports and two USB-C 3.1 ports. Thanks to the DisplayPort 1.2 port, you can attach dual 4K monitors at 60Hz or a single 5K 60Hz display. The digital optical audio port lets you connect directly to a home theater amplifier, speaker, or receiver.

There is also an SD card reader for transferring photos and videos. Other ports include audio in/out and Gigabit Ethernet. As a nice touch, with two sets of legs, you can place the dock in a horizontal or vertical orientation on a table.

True to its name, the OWC Thunderbolt 3 Pro Dock has a number of ports that are hard to find in other Docks. The eSATA port provides access to multi-bay external drives. Another great feature is the CFast 2.0 Card Reader which can import media up to 370MB/s on the front of the dock.

The device provides 60 watts of power, which is the maximum for a 13-inch MacBook Pro. The DisplayPort 2.1 port allows you to connect two 4K monitors or one 5K display. Other ports include three USB-A 3.1 ports, an SD card slot, a 10GB Ethernet port, a security slot, and two Thunderbolt 3 ports.

The fan switch allows you to work temporarily silently from the dock. The dock’s power connection is designed to be secure, so there will be no unexpected disconnections.

One Thunderbolt 3 port on the Thunderbolt 3 Plugable Dock provides up to 60 watts of power, which is the maximum for many 13-inch MacBook models. You can still use it to power the 15-inch version. However, it won’t charge as fast compared to using the 87-watt power adapter that Apple provides. This helps save space on your desk as the dock is available for use in either a horizontal or vertical orientation. 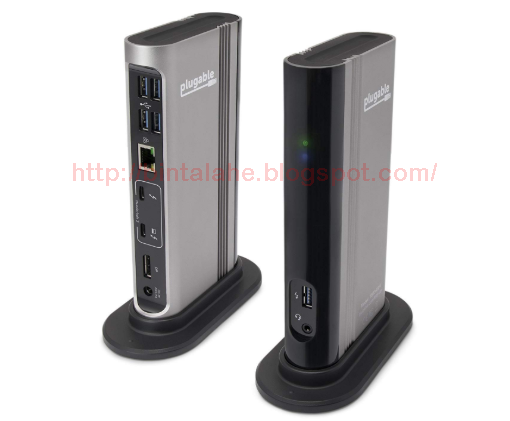 Along with the DisplayPort on the back, there’s an additional Thunderbolt 3 port for daisy-chaining other docks or connecting other devices. Gigabit Ethernet connections live next to four USB-A 3.0 ports for other peripherals. On the front of the Dock is a USB-A 3.0 port and a headphone jack.

Belkin’s Thunderbolt 3 Express Dock HD provides a full 85 watts of power. Even the 15-inch MacBook Pro will charge at the maximum possible speed. With the additional Thunderbolt 3 plug and DisplayPort, you can connect two 4K displays at 60Hz or a single 5K monitor at 60Hz.

The dock has two audio-out ports; one on the back and another on the front of the Dock next to a single USB-A 3.0 port. On the back, you’ll find two additional USB-A 3.0 ports, a Gigabit Ethernet port, and two Thunderbolt 3 ports.

Photographers will enjoy the Promise 3 Thunderbolt Technology Dock, as it offers a built-in SD card reader. Along with that fun perk, you’ll find two USB-A 3.0 ports and an audio in/out jack on the front.

Instead of DisplayPort, the Dock offers a single HDMI 2.0 port on the back. You’ll also find three additional USB-A 3.0 ports, a Gigabit Ethernet port, and two Thunderbolt 3 ports. One of them supports power delivery of up to 60 watts to your MacBook Pro.

Offering 85 watts of power, the Kensington SD5000T Thunderbolt 3 Docking Station is a great choice for your MacBook Pro. There’s a unique option here to help control clutter. If you’re short on desk space you can purchase an optional mounting plate that will place the dock behind a VESA compatible monitor. There is also a Kensington lock slot on the back to help prevent the Dock from being stolen.

The front of the SD5000T is equipped with a USB-C port and a USB-A 3.0 port. The USB-C port offers up to 15 watts of power, while the USB-A 3.0 port is a fast-charging 2.1A version. On the back, you’ll find a Gigabit Ethernet port, a USB-A 3.0 port, audio in and out ports, two Thunderbolt 3 ports, and a DisplayPort plug.

If you’re looking to save some money compared to other options, check out the StarTech.com Thunderbolt 3 Dock. The only major feature missing is the ability to quickly charge your MacBook Pro without charging bricks and extra cables, as it only offers a slow 15 watts of power. .

On the front of the Dock, you’ll find the USB-C and USB-A 3.0 ports. The back features a number of ports, including Gigabit Ethernet, one USB-A 3.0, audio in and out, two Thunderbolt 3, and DisplayPort.

Docking stations aren’t just for home use. The CalDigit Thunderbolt 3 Mini Dock is perfect for traveling. Just plug the built-in Thunderbolt 3 cable into your MacBook Pro, and you’ll be good to go. No need for additional power plug. And instead of having to fight dodgy or non-existent hotel Wi-Fi, the Dock has Gigabit Ethernet connectivity. 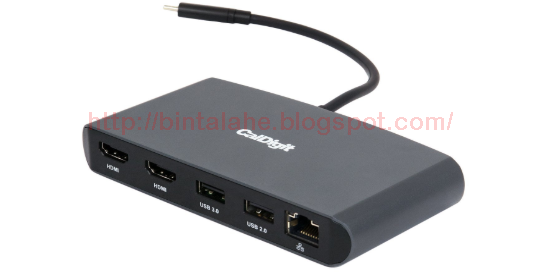 With dual HDMI connections, you can easily connect up to two 4K displays simultaneously running at 60Hz. There are also USB-A 3.0 and USB-A 2.0 ports for additional legacy devices. A Dock version with dual DisplayPorts, one USB 3.0 port, and Gigabit Ethernet is also available. Both types are made with aluminum to help the Dock withstand the rigors of travel.

The Best Thunderbolt 3 Docks for Your MacBook Pro

Using one of these Thunderbolt 3 Docks, you can easily turn your MacBook Pro into a desktop powerhouse. That said, Thunderbolt 3 technology can do more than just a charging station. It also provides a quick way to integrate a RAID external storage system to store critical data.