If you don’t have a big budget to play with, you want your next phone to look good. That means a phone with a sleek, modern and bezel-less design.

But is there a device like this that won’t hurt your finances, and if so, which one is the right one to choose? Here are the best bezel-less phones available today.

The Samsung Galaxy A50 is an infinity screen phone on a budget. This gives you many of the best bits of the Galaxy S10, but without the tantalizing price tag. 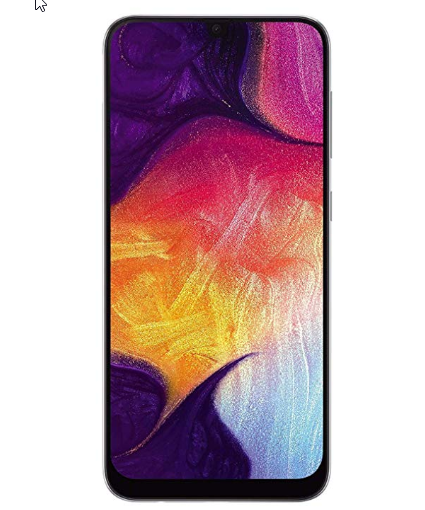 The A50 has a 6.4-inch SuperAMOLED display with an in-display fingerprint scanner, a massive 128GB of storage, and a triple camera system, including an ultra-wide-angle option. With a large 4000mAh battery, it should continue to work all day and maybe a little more.

The A50 has a small water drop notch. If you want a completely bezel-less phone from Samsung, take a look at the Galaxy A80 as an alternative. It’s not widely available, but it has a no-notch, no-hole-punch display; it’s all screen.

Motorola’s G-series phones have been recognized as the best value phones. The Moto G7 lives up to that reputation. It came with a 6.2-inch screen, with a slightly larger water drop than usual. The phone comes with a Full HD display, along with 64GB of storage, and a memory card slot so you can add more. 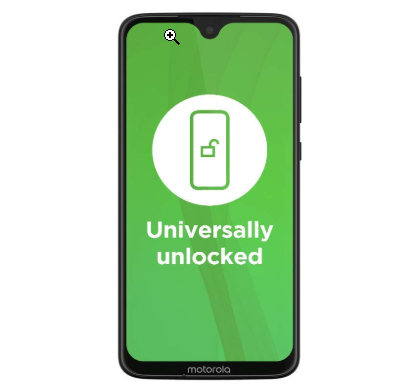 Solid performance, thanks to a Snapdragon 632 processor and 4GB of RAM, and solid cameras for this price point. However, it doesn’t have NFC, so you won’t be able to use Google Pay, and users report the battery lasts for about a day of use but no more. However, with on-site fast charging, you can get up to nine hours of power in just 15 minutes.

The Honor 8X is one of those budget phones that costs twice as much as it should. Along with a 6.5-inch bezel-less HD display, the phone is wrapped in a classy glass and metal body. You also get 4GB of RAM, and 64GB of storage, expandable via microSD. 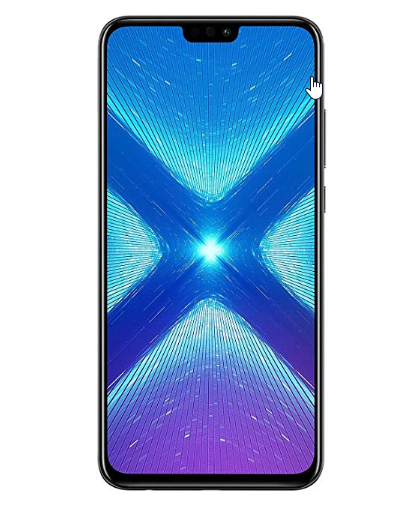 It’s also no slouch in the camera department. There is a 20MP rear camera, and a 16MP selfie camera. The Kirin 710 processor is a solid mid-ranger, and on par with something like the Snapdragon 660. However, it’s not great for gaming, so keep that in mind if that’s one of your main uses.

For a bezel-less phone, look no further than the Xiaomi Mi Mix 3. There is no notch or anything on the front you have to slide the screen down to reveal the 24MP selfie camera. It’s completely hidden when you don’t need it, and gives the phone an incredible 93.4 percent screen-to-body ratio. 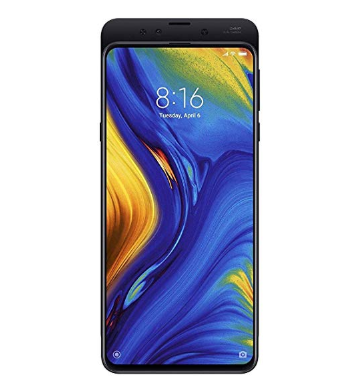 Other specifications are also superior level. It is powered by a Snapdragon 845 CPU, and comes with 6GB of RAM. The phone has dual 12MP rear cameras, and supports fast wireless charging as well. This is a truly innovative device, especially for the price.

Assuming you’re happy buying a Huawei device, the Huawei Mate 20 Pro is a pretty interesting example of a bezel-less phone under $500. It launched in late 2018 at a much higher price point. It has excellent specs that make it one of the best value phones you can buy. 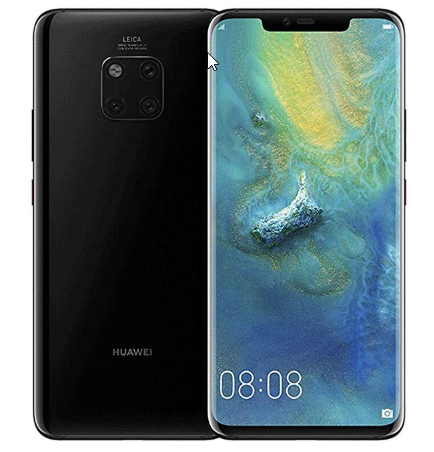 There are some standout features here too. For starters, there’s a 6.4-inch AMOLED display with a resolution of 1440 x 3120. Then there’s the blazing fast Kirin 980 processor, with 6GB of RAM and 128GB of storage.

Not to mention the high spec camera setup too. The Mate 20 Pro has 20MP wide, 20MP wide, and 8MP telephoto modules. Apart from that, there is a 24MP selfie camera on the front as well. If photos are to your liking, the Mate 20 Pro is a truly impressive bezel-less phone.

As a solid and affordable mid-ranger, the Xiaomi Redmi Note 7 has slightly thicker bezels than what you get on many other phones. But still looks great and has lots of love under the hood. The phone’s respectable performance comes from the Snapdragon 660 processor and 4GB of RAM. 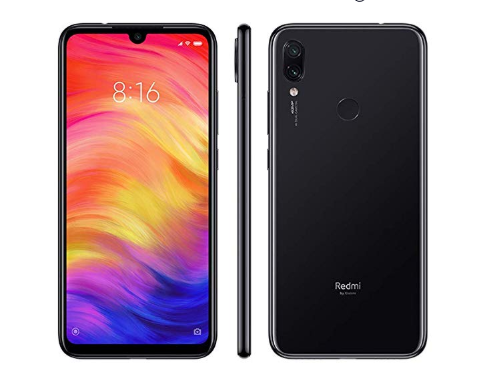 The 48MP camera is something you’d only expect on a much more expensive phone. And the 4000mAh battery with fast charging is rated for a full day of use. To meet the low price point, there are some compromises. This includes the lack of NFC and only one mono speaker.

The OnePlus 7 is a high-end phone at an affordable price. It runs OnePlus’ Android-based OxygenOS. The company is also committed to delivering at least two full Android update cycles as well. 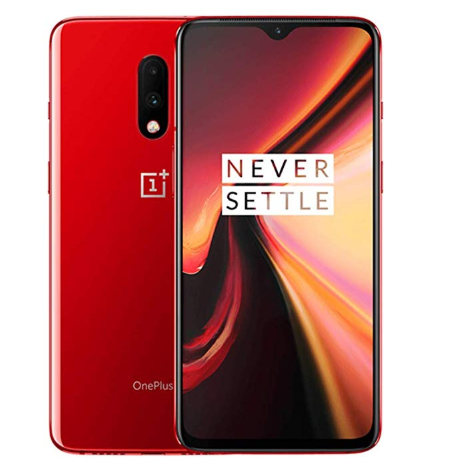 As with the usual high-end specs, you get Dolby Atmos speakers and a hefty 256GB of storage. We also like the fast charging which takes the battery from zero to 50 percent in just 30 minutes; although we’re not that keen on the fact that it uses a dedicated charger to do so.

The phone has a small notch at the top of the screen, but the OnePlus 7 still beats the iPhone screen to body ratio. If your budget can go a little further, check out the OnePlus 7T too. The main difference is a higher quality screen with a faster refresh rate.

Xiaomi makes a lot of bezel-less phones, and the Xiaomi Mi 9 is probably the best of the lot. It has a lot in common with the Mi Mix 3, though it has a small notch where the slider is. Nonetheless, the bezels are barely there, and the design is really striking. It also has better specs in almost every department. 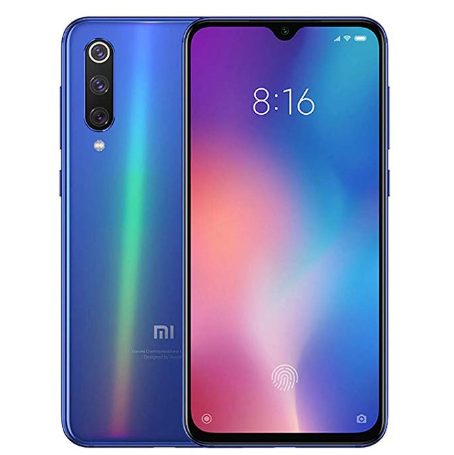 The most important of these are the cameras: a 48MP main camera, a 12MP ultra-wide camera, and a 12MP telephoto lens that also supports macro shooting. Tests have ranked the battery life among the best of the phones on this list. With wired and wireless fast charging, you should always have power on hand.

The Honor 20 is a flagship device, but at half the price. It has a large 6.26-inch bezel-punch screen. This is combined with a fast processor, 6GB of RAM, and a great camera setup. 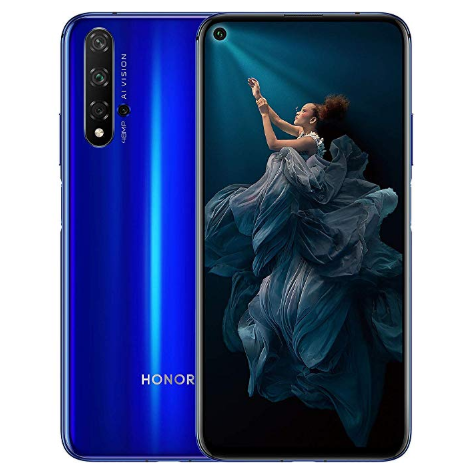 There are four cameras on the back: 48MP main camera, 16MP wide, 2MP macro, and 2MP for depth assistance. And that’s not all; the front camera is a class leading 32MP. The days of low quality selfies are long gone.

My only real complaint is about the software. The phone runs a highly customized version of Android that’s closer in view to iOS, and which is full of possibly unwanted extra apps.

The best thing about the Nokia 7.2, like all other Nokia phones, is the Android One phone. This means it will be one of the first devices to receive the Android operating system and security updates. Only the Pixel 3a can offer that at the same price point, and it’s a phone with hefty bezels. 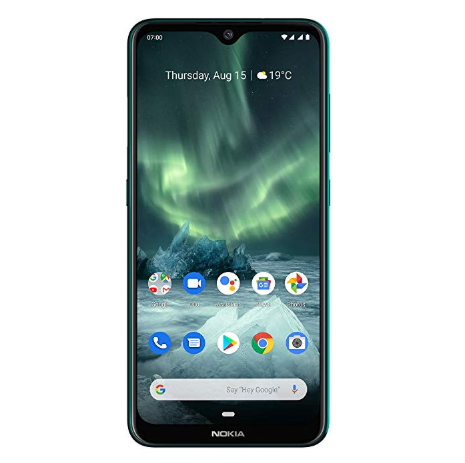 The Nokia 7.2 has a small one bezel at the bottom but all screen. The phone is mostly mid-range specs, apart from the 48MP main camera on the back, which is part of a triple-lens setup. There’s also NFC (except in India), so you can also use Google Pay.

There are many reasons to choose a bezel-less phone. Not only do they look amazing, but when you make a size comparison of the phones, you’ll notice that the bezel-free phones can fit a bigger screen into a much smaller body. Fortunately, as we can see, these devices are now available to everyone at an affordable price.