Did you know that it is possible to use your iPhone as a webcam? Of course, it can’t emulate a webcam in the traditional sense. You can’t plug your iPhone into a computer’s USB port and expect it to work right away. But you can use the app to recreate the webcam experience.

Our favorite app for this purpose is EpocCam. Let’s take a look at how to use EpocCam to make your iPhone act like a webcam. We will also introduce you to some of the EpocCam alternatives.

EpocCam can turn your iOS device (iPhone or iPad) into a webcam for Windows and Mac computers. There is also an Android version that offers the same functionality. The developer claims the app can completely replace the traditional USB webcam and the integrated webcam.

The app supports both video and audio and is compatible with many of the leading video player apps, including Skype, Streamlabs OBS, and YouTube. It doesn’t matter whether you want to chat with your family, stream games to your followers, or engage in video conference calls with your colleagues. EpocCam does its job.

EpocCam offers both free and paid versions. The free version provides 640×480 video resolution, USB support (if used with macOS), the ability to use your device’s front and rear cameras as webcam input, and Wi-Fi connectivity. When using the free edition, you must accept the watermark on your videos as well as in-app ads.

The Pro version removes ads and watermarks. However, it’s only worth considering if you have a Mac. Many pro features are only available to users of Apple’s desktop operating system. Pro features include pinch-to-zoom, manual focus, flashlight support, HDR video, dual cameras, and screen dimmer (also called “spycam”).

How to Use Your iPhone as a Webcam with EpocCam

Let’s take a quick look at how to set up EpocCam on your iOS and macOS or Windows device.

Install EpocCam on macOS or Windows

The EpocCam software comes in two parts an application for your mobile device and a driver for your computer.

Although you can view iPhone camera output on your Mac using EpocCam Webcam Viewer (available for free on the Mac App Store), we recommend installing the driver. They allow EpocCam to integrate with Skype, Zoom, and other video chat tools you use. Webcam Viewer only allows you to view your phone’s video output; does not offer integration with other services.

EpocCam Mac drivers (as well as drivers for Windows) are available for free on the developer’s website, kinoni.com. Download and install it on your computer before proceeding.

(Notes: It’s a good idea to restart your machine after installing the new driver.)

Set up EpocCam on iPhone or iPad

Once you’ve downloaded and installed the mobile version of EpocCam on your iOS device, it’s easy to connect it to your Mac. Just make sure your iOS and macOS devices are on the same Wi-Fi network, then open the EpocCam app on your phone. You will see a black screen with a phone icon. 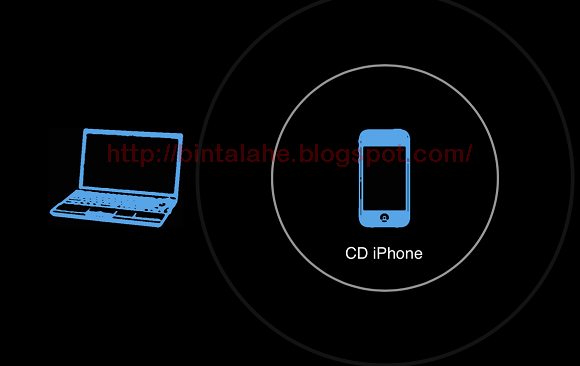 Now go back to your Mac and open an EpocCam supported app. If you just want to test the connection, open the previously mentioned EpocCam Webcam Viewer app. As soon as the phone app detects a supported app running on your Mac, it will establish an instant connection and display a broadcasting image.

Make sure you set the video input method to EpocCam on the chat application you are using the webcam with.

If you’re not happy with EpocCam, there are other apps that let you use your iPhone as a webcam.

iCam is a paid app that can turn your iPhone into a webcam. Mobile apps are only one part of the equation; like EpocCam, you will also need the iCamSource component on your computer. Once both apps are installed, you can stream live video and audio from any iOS device.

iCam also functions as a security camera; it can send you instant alert if it detects motion or sound. All motion events are automatically backed up to the cloud. Apart from the original iCam, the company also offers the iCam Pro with some additional features. see iCam Feature Comparison to learn more.

iVCam is specially designed for iPhone owners who have Windows PC You can’t use iVCam to stream your iPhone video output to Mac.

The application works over WLAN or USB and allows you to connect multiple phones to one computer at the same time. You can stream videos in 1080p, 720p, 480p, or 360p resolutions. This multi-connection aspect means this software is ideal for anyone who wants to use their old iPhone as a CCTV device, baby monitor or pet camera.

Some of the main features of the app include:

The app is ad-supported and comes with the option to upgrade for a premium fee. Like others, try before you buy to see if it works for you.

Other Ways To Use Your iPhone Camera

It’s pretty easy to use your iPhone as a webcam. But that’s not the only way to get more out of your iPhone’s camera hardware.