Forgot to make a backup. Well, imagine the problems you’d have, if you didn’t back up your system? That’s where System Restore comes in.

What is a restore point? Should you use the System Restore feature or should you disable it? And if you do decide to use it, how do you manage it?


What are Restore Points?

System Restore is a feature of the Windows operating system (starting with Windows ME) that allows users to restore their system to an earlier point in time. This restoration includes, but is not limited to, the following data types: system files, installed applications, Windows registry, and system settings. As you may have guessed, system restore should not be taken lightly, but it can be very useful in the right circumstances.

System Restore works by periodically creating restore points on your system. You can think of this restore point as a snapshot of what your system looked like at the time. Then, using this restore point, Windows can revert to a system state from the past. Needless to say, you can’t go straight back to that point in time – which would be very useful but, for now, makes no sense.

Restore Points can be created manually by the user OR automatically by the system if the option is set. Automatic restore points are created when:

To use the System Restore feature, you must first enable it. If you have already decided to do so, continue to the last part of this article. But if you’re not sure if you need a System Restore, I recommend reading the next section before making a decision.

Should You Use System Restore

Back in Windows XP, System Restore gained a bad reputation for the way it was implemented. Not only is it slow to create a new restore point, the actual action of going back to a previous restore point never quite lives up to expectations. In fact, I remember several times when System Restore left my Windows XP machine in an even worse state. But System Restore in Windows 7 and Windows 8 has been revamped and is much better.

However, one of the biggest drawbacks to using System Restore remains: it takes up a lot of disk space. A snapshot of your entire system will take up a lot of space – even when it’s compressed. Windows dedicates a portion of disk space to recover points, but this allocation can be changed by doing the following: 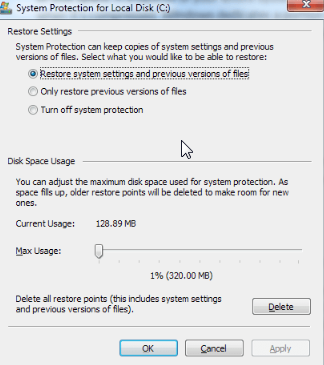 As the allocated space fills up, the older restore point will be deleted in favor of the new one. You can always manually delete every restore point except the most recent one by: 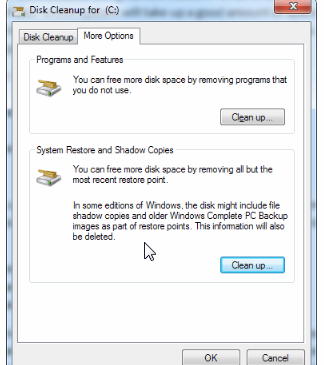 How to Set Up Windows System Restore

In Windows 7 and Windows 8, there’s no reason not to use System Restore unless you use a third-party program that handles restore points in its own way. You won’t go back to old restore points on a regular basis, but you will eventually run into situations where rolling back ends up being the easiest solution. Without System Restore,
If you want to enable System Restore, do these steps:

And if you want to create a manual restore point:

Unfortunately, even though System Restore is much better today than it was before, there are still times when it might not be able to do what you expect it to. Luckily, Ryan can show you how to make sure System Restore works when you need it and Chris has written a post about what to do when System Restore fails. And in case of accidental deletion or removal, here are 4 tools to help recover lost files. Finally, you can also refresh or reset Windows 8, if the system restore fails.

In essence, restore points can be thought of as system backups: you may not need them for a long time, but when you do, you’ll be happy to have them. Apart from that, System Restore doesn’t require anything from you once it’s enabled and set up.