Also read: How to Save Gold on Shopee

Shopee Golden Ticket is a raffle ticket that has the main prizes in the form of cars and motorbikes, as well as various other prizes to one lucky consumer at the peak of the Shopee mega sale festival. Until now, of course, all of you are getting excited and want to know how to use it and the best tips to win the lottery from Shopee this time.

What is a Golden Ticket on Shopee? 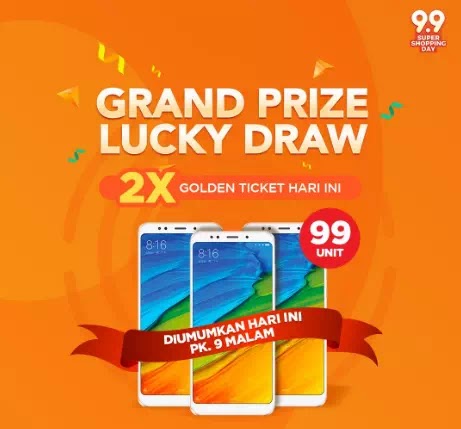 Golden Ticket on Shopee is a ticket issued to all Shopee application users who meet the terms and conditions. Later, every Shopee account holder gets a Golden Ticket, which can be exchanged for prizes at ongoing events such as the Shopee Ramadan Big Sale or Shopee Mega Sale, depending on the situation.

The prizes up for grabs vary widely. Lucky users who will win the grand prize will get one Toyota Innova on April 30, 2021, and one Toyota Avanza on May 6, 2021.

How to Get Shopee Golden Tickets 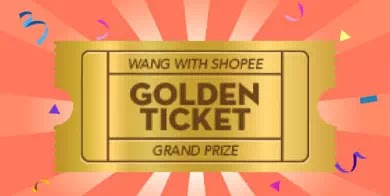 Who is not interested in the gifts I mentioned above? Of course, you want to participate in this event for a chance to win attractive Shopee prizes.

Many Shopee users, on the other hand, are unsure how to get and use this raffle ticket. So, how do you get it?

This Shopee Golden Ticket can be obtained in one of two ways. The first way is to break eggs in the Shopee Lucky Prize game which can be found on the Shopee Games menu.

Meanwhile, the second option is to shop at Shopee. Users will earn tokens when shopping on Shopee, which can be used to crack eggs for Golden Tickets.

To win the lottery, all you have to do is collect as many Shopee Golden Tickets as possible by breaking Shopee eggs with tokens from this app. It’s not hard to figure out how to use Shopee’s Golden Ticket. Users who receive the Golden Ticket will be entered in the draw at certain times.

Also read: How to Cancel a Paid Shopee Order

How to Use Shopee Golden Ticket

All you have to do now is wait for the Shopee sweepstakes, and maybe you will be one of the lucky winners. To see if there is an upcoming draw. Users can access it directly from the Shopee application’s event tab. The start of the lottery cycle has been announced.

That’s how to get and use Shopee’s Golden Ticket. Hopefully this article is useful for you, thank you for visiting and don’t forget to share it with your friends too.