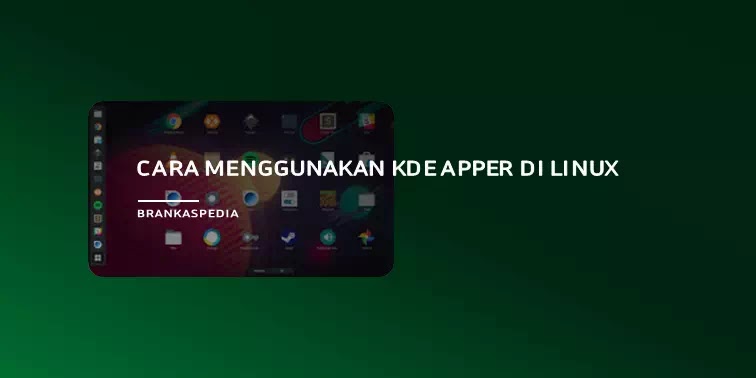 This guide will cover how to install the KDE Apper tool on all major Linux operating systems. Apart from that, we will also show you how to use Apper to browse, search, install and remove packages.

How to Install Apper on Linux

Before you can use KDE Apper on Linux, of course you have to install it first. This Apper tool is sometimes pre-installed on KDE-based Linux operating systems. However, not all KDE Plasma Linux OS has it, so, here we discuss how to install an application before showing you how to use it.

Ubuntu: On Ubuntu Linux, the Apper app is easy to install using the Apt command below. You can also find it in KDE Discover on the Kubuntu desktop.

Debian: If you are using Debian Linux 11 Bullseye, Debian 10 Buster, or Debian 9 Stretch, the Apper application is available for installation with the following Apt command. Alternatively, you can install it via KDE Discover on the Debian KDE desktop.

Arch Linux: If you are using Arch Linux, you can install the Apper tool via the Pacman command below. Or, if you are not a terminal fan, on the Arch Linux KDE desktop, launch KDE Discover and install it.

Fedora: Are you using the latest Fedora KDE? If so, you can set up the Apper program on your computer using the Dnf command below in a terminal window. Or, launch KDE Discover and get Apper that way.

Also read: How to Download and Install MySQL Workbench on Ubuntu

How to Use Apper to install apps

Apper is a package manager, and can be used to install packages. For those who don’t know, packages are packaged files. To install software with Apper on your KDE Desktop, start by launching the application. To launch the application, press Alt + F2 to open the quick launcher. Once open, write in command apper and press the button Enter
to launch it.

Once Apper opens you will see a search box, followed by a search box and two sections. These two parts areList” and “Group“. To install new software, click the search box.

PS: You can also look through the “Group” and search for the software to install if you can’t find it via search.

After you type the name of the software you want, press the button Enter to see the results. Then, view the results for the app you want to install. When you find the app to install, look for the column “Action“.

In column “Action“, you will see “InstallClick on it to download and install the program to your computer. 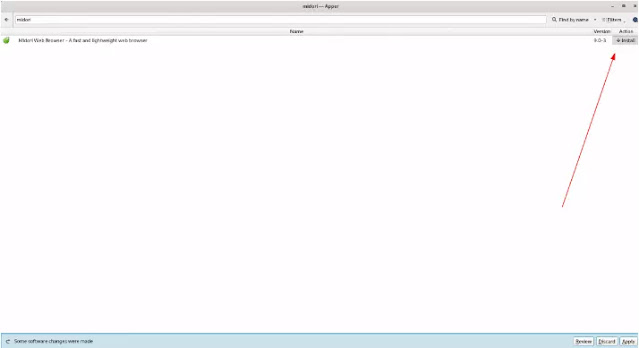 How to Remove Software with Apper

To remove software with Apper, do the following. First, find the “List” from Apper. In that section, look for the list “Installed Software“, and click with the mouse.

In the list “Installed Software“, you will see a huge list of apps that you have installed in your system. Go through the List section and select what app you want to remove. Then, click on the button “Remove” in column “Action“. 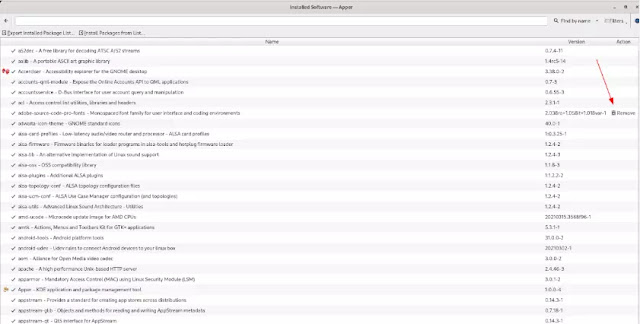 That’s how to install and use KDE Apper on Linux. Hopefully this tutorial is useful for those of you who need it. Thank you for visiting and don’t forget to share it with your friends too.