With Hermit, you can turn any website into an app, which saves battery life and improves phone performance.

The Play Store on Android is filled with infamous apps with invasive permissions. Many apps keep running in the background even when not in use, draining your device’s battery.

The reason for this is some of the biggest and most popular services. Facebook definitely slows down your phone. Snapchat, Amazon Shopping, and more are constantly running in the background even when you close them, quietly draining battery.

The solution was to turn the website into an app, using Hermit. Here’s how to get started.

Hermit is basically a browser, like Chrome or Firefox. Its job is to take any website you point to and turn that website into an app that is on your home screen. 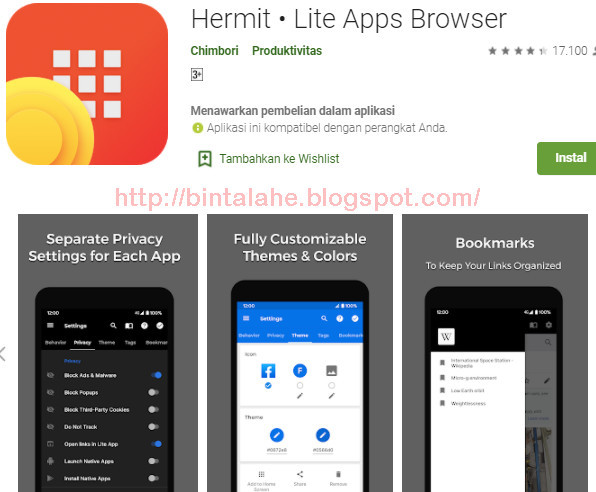 When you want to create a new lightweight app, Hermit will display its entire inventory of its popular apps, which includes categories such as social (Facebook, Reddit, Twitter, Instagram, etc.), news (BBC, CNN, NYT, etc.), entertainment (IMDB, Vimeo, Hotstar, etc.), and several others. 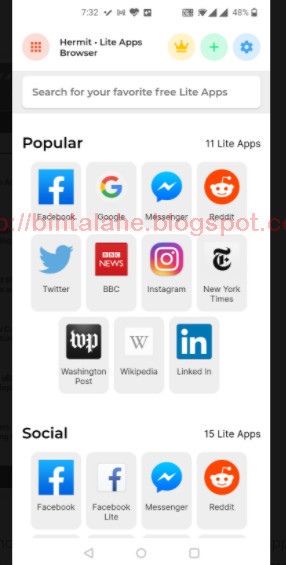 You will almost certainly get what you want there. If you don’t find it, just type in the URL of the site and Hermit will turn it into a standalone app on your home screen.

Of course, the site may not always work enough for you to use it instead of an app. For example, the Instagram website doesn’t allow you to upload images. So if you don’t post photos and just browse the Instagram feed, creating a lightweight app on the website makes sense. 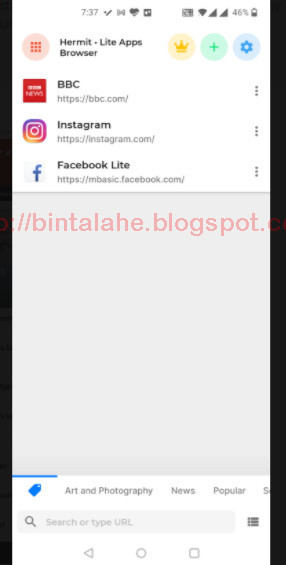 On the other hand, creating a lite app for Facebook or BBC would be much better than using their official app, as their mobile website works flawlessly. Native Android apps often use too much battery.

Hermit also works well as a replacement for older apps that are no longer supported. These can often stop working without warning, and over time can develop security issues.

Why Use Hermit Not Chrome To Save Websites As Apps

Right now, you’re probably thinking, “Wait, even Google Chrome lets me build apps from sites, so what do I need this Hermit for?” Well, while there are a lot of great things you can do with Chrome, there are some important factors that make Hermit better.

The biggest difference is that the Hermit Lite App works as a standalone app. When you create a shortcut to a website with Chrome, it acts as a browser tab. 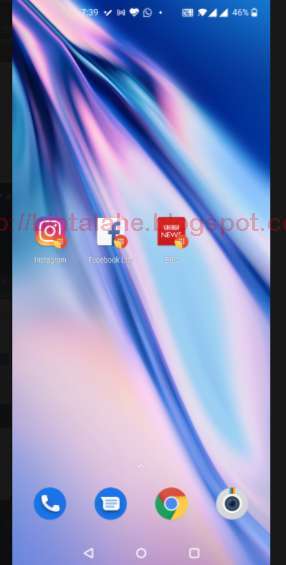 What it means is that when you tap on the Chrome bookmark icon, it will open a Chrome tab with that website, if you have already opened a site, it will still start a new tab for it. That’s annoying.

With Hermit, when you tap on the Lite App icon, it will start that Lite App as its own browser. If the app is already open, it won’t be reloaded, it will just be shown to you right away.

The whole approach is that Hermit’s Lite Apps are “individual” apps, whereas Chrome’s lightweight apps are part of Chrome itself.

This means that Hermit apps can be customized individually, with different settings for different apps, while lightweight Chrome-based apps will follow the same rules as your Chrome browser.

Hermits have universal and individual settings. So in the main Hermit app, you can choose to apply some settings like blocking certain content for any app you build. But apart from that, each lightweight app you build can be customized according to its own set of rules. 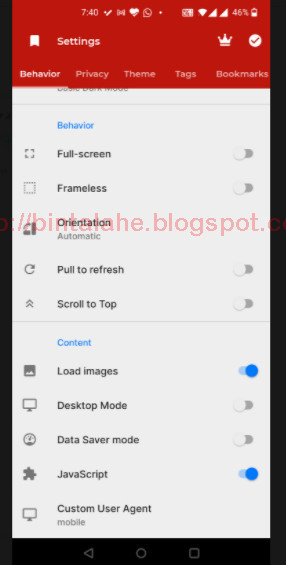 For example, you can set a maps app to see your location, but you can prevent social media apps from tracking you in the same way. Here’s a list of some other things you can customize:

With such a wide choice of settings, you’ll be able to better customize how you want some sites to appear, without applying those rules to other sites. For example, if you want a fast Facebook experience, turn on Data Saver, block ads, and ban images.

How it has many creative uses. If a website keeps taking you to their Google Play Store app page but you want to access the site on your own device, you can create an app for it with Hermit. You can use Desktop Mode for those apps if they also redirect you to other web pages.

The Hermit app works best with Android 5 Lollipop and later versions, so you won’t face any compatibility issues.

In Android KitKat, Hermit Lite Apps are all grouped into a single window on the multi-tasking Recent Apps screen, instead of appearing as individual native apps.

In addition, the free version of Hermit prevents users from accessing certain features. If you want to access all the features of the app, you have to pay $5.99. This is a one-time fee, not a subscription.

The free version gives you access to most of the features you need to build a lightweight app. So it makes sense that you build the app first, use it, and if needed, then choose the premium plan to get access to all of Hermit’s features.

If you’re not sure what apps to build first with Hermit, start with Facebook and Twitter, and you’ll see big improvements in phone performance and battery life.

If you remove apps like Facebook and use lightweight third-party apps instead, you will see a noticeable increase in battery life. With Hermit too, you can remove some dying apps and see more performance improvements.