Smartphone cameras have a problem: the image sensor is very small. At night, it’s really hard to have enough light for a good photo, which often leaves your photos blurry full of noise. We’ll show you some tips and tricks on how you can take great photos in the dark, including using night mode. 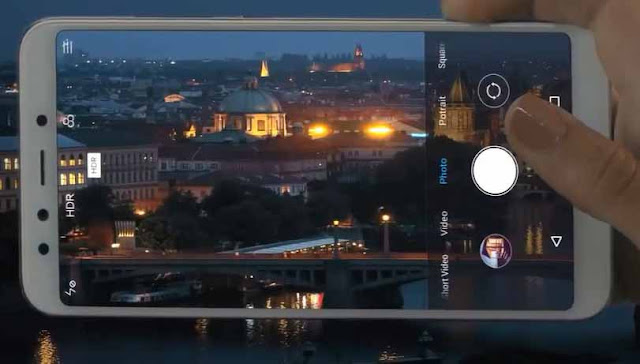 For starters, here’s some background on the physical and technical aspects of why taking photos in the dark is so difficult. Size is the problem. The light sensitive area in most sensors integrated into smartphones is approximately 15 to 30 mm². For comparison: The full-format image sensor of our DSLR editor camera has an area of ​​about 860 mm² – which is 30 to 60 times more.

While a small smartphone sensor can collect enough light during the day, the chip only receives too few photons in the dark. However, there are now several ways to take bright pictures with your phone, although each has its advantages and disadvantages.

We’ve had night modes in the camera phone app for a while, but to be honest, they never really made much difference to the final result. Now, however, with the release of the new Google Pixel 3 and 3XL, the goal has really and truly been moved. Night Sight, as the mode is called, will be rolling out to Pixel users and those who get early access have already experienced some pretty great results. You can see a comparison of what our Italian Editor Luca can do.

Night Sight takes multiple exposures and then combines them to create better results and reduce noise in photos. Huawei has a similar Night Mode, but from our experience it doesn’t produce as good results as this. AI tends to kick in too early for our tastes. Using one of the methods below may be better.

Whether you fiddled with ISO values ​​before or not: you must have come across the term at some point. To produce bright images in low light using a small sensor, you can amplify the light sensitivity of the image sensor. The camera app does this by itself when taking pictures in auto mode.

However, greater ISO sensitivity also results in larger read errors that manifest themselves as image noise, loss of detail and washed out colors, among other things. In short: the photos are bright and mostly sharp, but they’re not really worth it most of the time.

If your smartphone doesn’t allow you to manually adjust the ISO sensitivity, there are a few other apps you can use. The FV-5 Lite (Android) or Pro Camera (Apple) cameras, for example, offer plenty of setup options. However, unlike the iPhone, most Android smartphones and their camera apps offer many manual options.

More light is needed to keep the sensor sensitivity low (and therefore reduce image noise). As silly as it sounds, this can be achieved by adding a light source to the subject. Smartphone integrated photo LED is always available here. Many modern phones even have multiple LEDs to match the color of the flash light to the ambient lighting. This is quite effective at preventing color casts and images from looking decent.

However, this integrated camera LED also has its drawbacks. The flash from the camera’s line of sight removes all shadows – often making the subject look very two-dimensional and even “flat”. Therefore, the integrated flash should only be used when absolutely necessary.

However, in most cases, there are other options to ensure more light. If you take a picture of a moving object, the location changes. When taking a portrait, take a few steps to the nearest street light, or to a brighter corner of the bar. Take steps to ensure that the light doesn’t come directly from above as much as possible, as it casts a terrible shadow on the face.

If you can no longer add any light to the subject, then you should give your smartphone more time. Longer exposure times allow the image sensor to “see” the subject longer and collect more photons. As well as lighter photos, it also has an added effect: Anything that moves is blurry. In the worst case scenario, it causes a blurry shot, but also for example, turns a passing car into a long path of light.

To increase exposure time, you’ll need manual mode, often called “pro mode” or something similar. These questionable options are called shutter speed, exposure time or simply and clearly abbreviated as “S”. Most smartphones in auto mode take pictures at a maximum speed of 1/10 second – a longer exposure time requires you to keep your hand very still or else the shot will become blurry.

Past trams and cars or fireworks in the sky turn into beautiful light trails in two to eight seconds. To depict a landscape illuminated by the moon, you may need to use an exposure time of 30 seconds, which is the maximum in many camera applications. If the image turns too bright at a longer exposure time, you should make sure that the ISO sensitivity is set to “auto” or to a low value. If that doesn’t help, then the subject is too bright and you’ll need to fix that by reducing the exposure time.

Of course, for long exposure times, it is very important that the smartphone does not move during shooting. To do this, you can either fix or lean your phone on something, or use an accessory, which brings us to our next point.

Anyone who finds night photography fun and regularly shoots in the dark should probably consider one accessory: a tripod. Since smartphones are light and compact compared to full-fledged cameras, the same goes for tripods as well. For example, you can get a small Gorillapod for less than Rp. 34,000, or you can get a Gorillapod and a compatible universal smartphone adapter for Rp. 50,000. Both items fit comfortably in your jacket pocket and are ready to go in seconds.

Sony also gets another bonus point: Most smartphones from the Japanese company have very flat bottoms, so they can sit on their side without needing additional accessories for long exposure times.

You can choose between many different accessories to take beautiful pictures, even in poor lighting conditions. As is generally the case with photography, I can only give you one piece of advice: take the time to try different things. Familiarize yourself with your camera app settings. And above all, take lots of pictures, because photography itself – not reading articles like this one – will make you a better photographer.