The more here, the cheaters in the Point Blank game are even more rampant. His reincarnation is difficult to stop because the unconscious will play using the illegal program itself.


How to add Killcam features and Features of reporting cheaters via Discord dThis game doesn’t seem to discourage the cheaters. You must have felt annoyed with arrogant cheaters, yes, like mocking you and even your clan.

Ithe plague may be one of the reasons you are moved to report the account. Why use illegal programs? Duh duh duh, in one of the online tournaments of this game, every time someone here, someone uses cheats.

One of the Onemore teams who was caught cheating (RB No recoil) in the PBNC online qualification? that’s because the no recoil is clearly visible, haven’t you just pretended the cheat…..isn’t it?

Even! even one of the Youtube streamers who is live streaming is USING ILLEGAL PROGRAMS! I can’t say anything else.

This application, which has been downloaded more than 10 million downloads and has been used by more than 271 thousand users, can also and seems a little more effective for beginners who want to report cheaters than you send tickets directly from the Point Blank web, you know! to be honest it’s the same but easier via Discord for some people.

Because now there is a killcam feature in Point Blank, at least reporting cheaters will make it easier for Game Masters to select which cheats are not.

Okay, here I will tell you the complete ingredients, accurate tips so that your record is accepted HR GM or CS will process the evidence and how to report it. 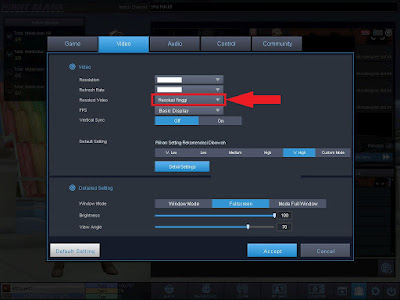 (This High Resolution setting does not affect the Gameplay AT ALL, except when it is on rec, it will be a lag if the PC specifications are below 2gb RAM and non VGA. It also certainly doesn’t affect the gameplay at all!)

I have also created content Characteristics of Cheaters in Point Blank, there I explain as clearly as possible about the act of cheating and its types, which may be able to help you understand the types of cheats.

• Why is it mandatory to upload only to Google Drive?

Because it’s easy and simple! here we only aim to report, don’t go far to Youtube or to others first because it’s complicated.

1. If you are satisfied with the results of the record you have, Go to:

In this folder there is a video format .AVI and that is the result of your record that you rec. First, sort out which rec you want to upload later as proof of the cheat!

3. Login using your Google account, then upload the video you recorded earlier by simply dragging the video into the browser and then into Google Drive. 4. Wait until your video has been uploaded to the Google Drive database 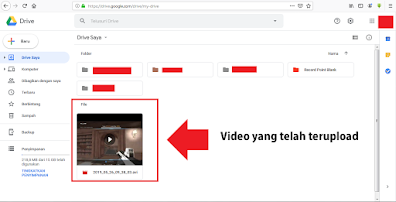 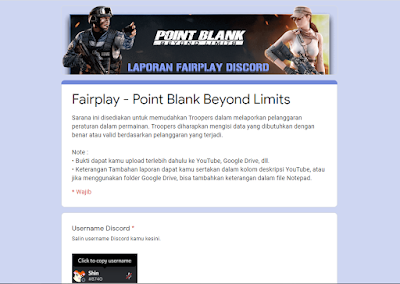 Then it will be redirected to Google Docs Forms. Follow the steps below exactly so that you don’t make the wrong filling in the format.


2. Copy your Discord username into the field “Username Discord” 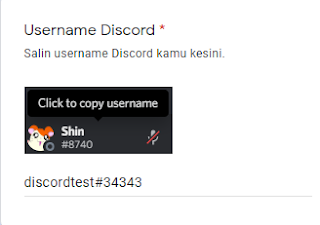 3. Continue to the perpetrator’s nickname. Write the nickname that the cheater suspects must follow capital letters, numbers, underscores, etc. that match the cheater’s nickname.

5. Continue to the time of the incident (Can be filled in according to the realtime time you report)

6. Continue to Evidence info. Paste the info that was copied when you uploaded the proof video on Google Drive

7. Don’t forget to click the button send at the bottom of the Google Forms yes! because if we don’t click the k buttonsend, then our form will not be sent to the Zepetto server 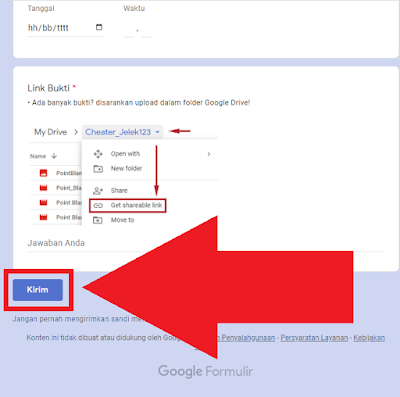 That’s all the steps in reporting cheaters in the Point Blank game! take it easy for those of you who are often met by cheaters. Don’t reply to their actions by cheating again!

Because they don’t know the important aspect of life that is harm people. Whereas in any religion it is definitely forbidden to harm people, in any case.

Ok back to topic. With that, the results of your report have been entered in the database. The process usually takes no more than 3 days. 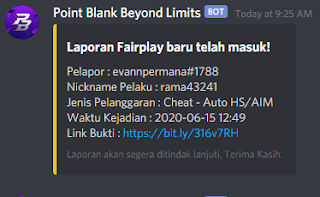 It means that the cheater’s account in 3 days is definitely banned, if your video evidence fits and is clear. Come on! let’s report irresponsible cheaters together and can damage the balance of this game.