SimsCity 4 is an old school game with a city-building simulation genre. Although old school, not a few people who still often play this game until now.

But the lack of this game is where we can’t play fullscreen and can only play in cropped screen mode.

It doesn’t really affect people who are used to playing with the screen mode, but it’s definitely annoying for some people, including me too.

After I fiddled with it, it turns out that the commands in the shortcuts that people usually use to maximize fullscreen mode also work in this game.

The trick is to use the command in the desktop shortcut. True, similar to the launcher but this method is more of a shortcut.

For further details, please see below about how to play fullscreen on SimsCity 4, right!

1. Create a manual shortcut of “SimCity 4.exe” in the Apps folder folder

Ignore if you already have a SimCity 4 game shortcut on your desktop. 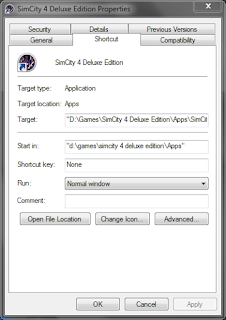 3. Enter the command in the “Target” field with the following command:

Copy the command above without the quotes (“) and exactly behind the command target shortcut. To make it more clear, an example like this:

Don’t forget to use a space between the two commands, OK!

4. Done and play your SimCity 4 again!