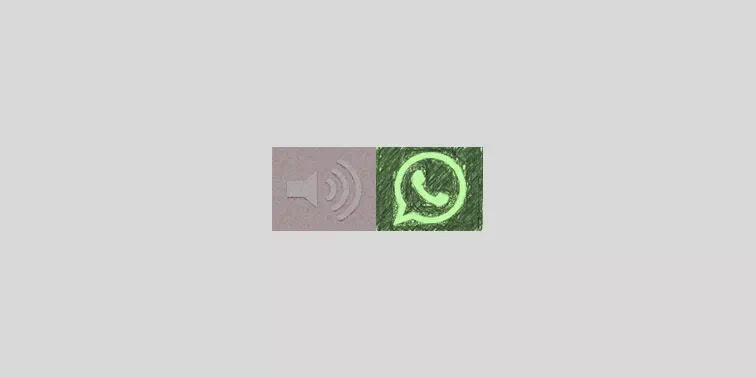 This guide reviews a tutorial on how to make WhatsApp messages mention the sender’s name. This is useful for those of you who don’t want to be complicated and don’t want to bother to open your cellphone when there is an incoming message, just want to know who sent the message.

So later that’s how it works when there is an incoming message from WhatsApp, it will automatically come out a voice that mentions the sender of the message.

Not only on Whatapp, you can even create incoming notification messages mentioning the sender’s name on the Telegram, TikTok, Instagram and Facebook Messenger platforms.

Also read: How to Make Blue Text on WhatsApp Chat and Status

To do this, we need to install an application called Notification Reader Shouter. This app can also say the battery level while charging, say the name of the caller when the phone rings, etc.

What is Notification Reader Shouter Application? 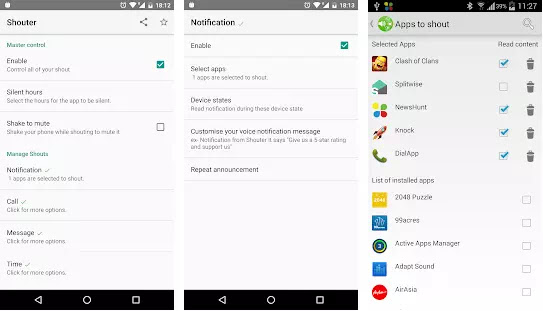 Notification Reader Shouter app is an app that functions to read out notifications to you so you don’t have to read them yourself and it is equipped with several features like saying caller name, message reading, battery status announcement, mentioning nearby locations, etc.

Notification Reader Shouter application is useful when we are cycling or driving, which will break our concentration if we are holding the cellphone.

Curious about how to make the contents of notifications WA, Telegram, TikTok and all notifications from other applications able to speak for themselves when there is an incoming message such as the voice of the Google assistant? Here are the steps.

2. After that, install and open Notification Reader-Shouter application on your cellphone.

3. The first time you use it, a pop-up will appear Change Language. Then choose which Indonesian-system default.

4. After that this app ask some access permission, all permission by tapping allow.

5. Then a pop-up will appear Access, choose Yes. Then activate the Shouter app by sliding the toggle next to it.

6. After that, on the tab App Notifications, tap Enable.

7. After that on the tab Select App, please select app whichever you want to activate the notification reader. For example: Whatsapp. 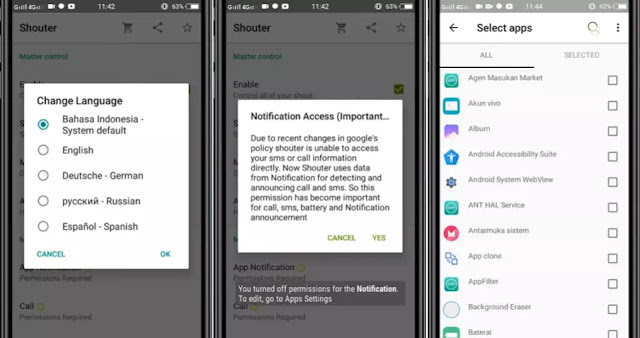 8. Next on the pop-up Customize your voice notification message, change notification from with the words: Hello followed your name. Example: “hello andri“. Then the second line, replace the words with: “there seems to be“.

Here are some things you need to know about WhatsApp

WhatsApp is a popular messaging application with end-to-end encrypted instant messaging that can be used on a variety of platforms, including Android smartphones, iPhone and Windows, and Mac or Windows PCs.

Created in 2009 and later acquired by Facebook in 2014, this app uses your phone’s internet connection to send messages so that you can avoid SMS charges.

What can you do with this WA application?

Now, the app includes features like Snapchat stories, which allow users to update their “status” using images, GIFs, and videos. You can also swipe up to reply to your friend’s status.

According to Facebook’s earnings call on February 2, 2017, WhatsApp has 1.2 billion monthly active users. This app is used by people in more than 180 countries around the world.

That’s how to make WhatsApp messages mention the sender’s name. I hope this article helped you! Thank you for visiting and don’t forget if you find this article useful, please share it with your friends too.