How to install a tumblr light - The room is the most private part of the house for everyone. That’s why this room usually gets a personal design touch by the owner. Well, if you are among those who want to design a room design, then there are some recommended room decoration ideas. One of the ideas that is currently trending is decorating rooms using Tumblr lights.

Why is this idea recommended?

Because this tumblr lamp is able to ‘juggle’ the atmosphere of the room to look different and give a unique impression. Tumblr lights are also known as string lights, but in Indonesia they are better known as Tumblr lights.

The advantages of this tumblr light include;

Rooms designed using Tumblr lights don’t need to be repainted again. Because this type of lamp is able to provide a distinctive lighting effect in the room.

In addition, how to install this tumblr lamp is also quite easy. This lamp does not require complicated electrical installation, and can also be placed anywhere.

Some of the ways to install Tumblr lights below are suitable for use in children’s and adults’ rooms. The distinguishing features are; This tumblr lamp is more often used in women’s rooms.

Rarely is the boys’ room decorated with tumblr lights. Even so, it does not mean that the men’s room does not deserve this lamp decoration. So it’s okay for men to use it, as long as the decoration technique is right and in accordance with the characteristics of the men’s room.

Now let’s look at the tips on how to install the following Tumblr lights below.

1. String Around the Mirror 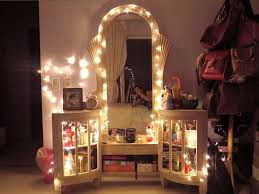 Other Interesting Info : How to Decorate a Teen’s Bedroom (Low Budget)

2. Hang it on the mosquito net 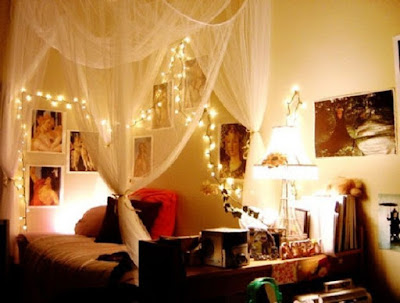 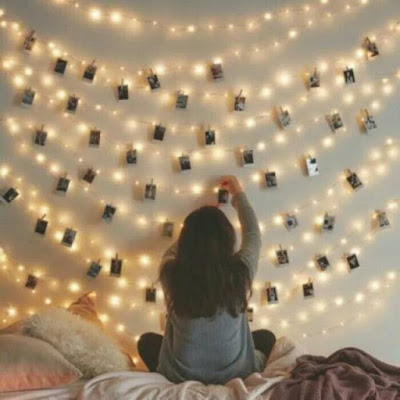 Hanging photos of loved ones with frames is common. Now try something different by making use of the Tumblr light circuit. Clamp the selected photos between the lights. This concept fits the urban idea. It’s nice to rest while looking at photos of loved ones decorated with dim lights.

Other Interesting Info : These 9 Unique Patio Lights Beautify the Outside of the House

4. Create Your Favorite Phrases on the Wall

One of the uniqueness of decorating with Tumblr lights is that it can be designed into certain word forms. Try stringing your favorite words like dreamer, love, etc. with these lights. Then attach the string of words to one part of the room wall. See an example below. 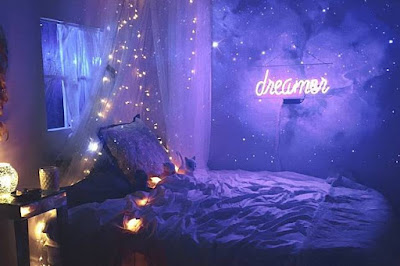 In addition to your favorite words that can be an encouragement, you can also make your own initials using the tumblr light. This method will make your room more cozy, so it feels fun when relaxing in the private room.

Finally, how to install a tumblr lamp that can make a room look unique is to make it a curtain. If you want to make a tumblr lamp as a curtain, someone can be creative with the colors, sizes, and the number of lights that will be installed. Can be applied on one side of the wall or hung in a certain position. See an example below. 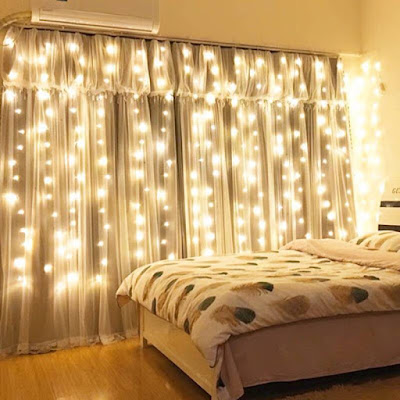 If the tumblr lights are paired with a certain color, actually this decoration does not only produce a dim atmosphere. An elegant impression can also be generated if properly arranged.

In addition to the five ways to install Tumblr lights above, one can do other creations. The last trick, to install this lamp can use two ways, namely with nails or duct tape.

That’s a brief info on how to install a tumblr light in the room. Hope it is useful.