App restrictions have been a part of iOS for a long time. It’s understandable that parents want to have the ability to limit what their kids can do and see on their phone.

But with the release of iOS 12, Apple took a new approach to app throttling. Now those features are bundled into a new utility called Screen Time. Many of them function the same, but the overall approach to capping is different. It’s more difficult to completely hide apps from view, but we’ll show you what you need to know.

How to Hide Apps on iPhone

There are many reasons to hide apps and yet still have access of their own. We won’t really care about why you might want to, but the only way to do this in iOS 12 is to place the app in an out-of-the-way folder on an empty home screen. Unless someone knew exactly where to look, it would basically remain hidden from view. Name the folder something harmless to drive people away further. 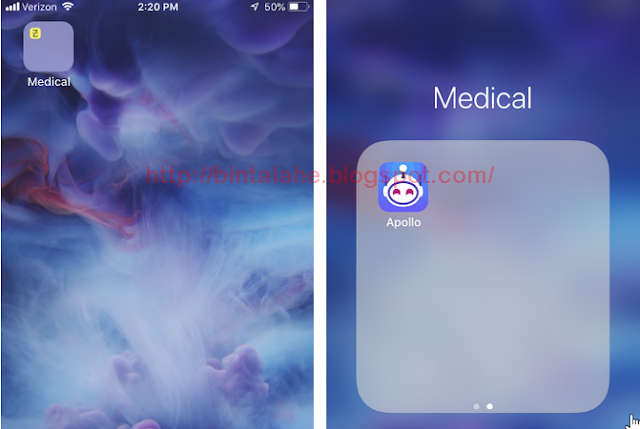 However, if you’re a parent and you need an easier approach to limiting app access for your kids, you’ll need a more effective strategy. To block certain apps from appearing on the screen at all, you have to use Screen Time.

Screen Time is a great tool to help you curb your smartphone addiction. But it can also be a powerful parenting tool when combined with App Limits, iCloud, and Screen Time passwords.

Use Downtime to Limit Phone Usage

Earlier versions of iOS featured a tool called Restrictions, which you can find under Settings > General. Its purpose is to prevent users from viewing certain content in an app, or the entire app. The purpose of this feature is primarily to prevent users, especially children, from viewing explicit content or making purchases without permission. 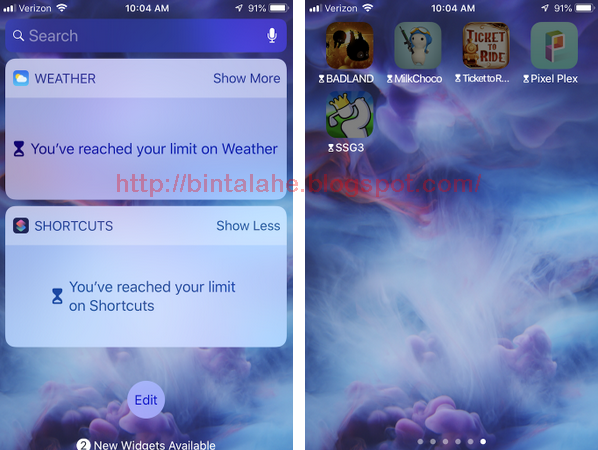 Screen Time goals are slightly different. The overall goal is to limit the amount of time you or your children’s eyes have on your phone. It can still limit the type of content you or your kids can see, but it does it in a different way.

Downtime is the first part of the settings in Screen Time, and states the overall purpose of the feature. It lets you set a schedule for a time away from your screen. When Downtime is enabled, you won’t be able to access any apps, except those you allow.

This is the section that lets you set a time limit for the application. Note that you cannot set limits for specific applications; iOS limits you to certain categories of apps. Once you enable App Limits, you will be greeted with a series of categories such as Social Networks, Games or Entertainment. 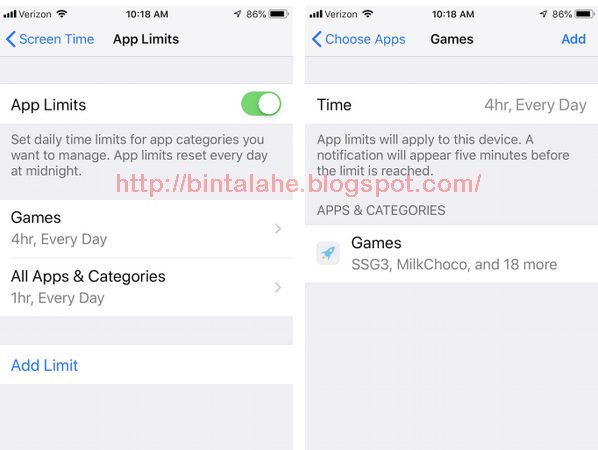 You can choose one of these categories and the amount of time you want to use it. For example, you can set up your phone so that you have a total of one hour per day to play any game. This applies whether you play one game for an hour or six games for 10 minutes each. When you reach that limit, you are given a warning saying that you have reached your time limit.

You can, if you wish, choose to ignore the alert and return to the game. However, if you are a parent and you have set a Time Limit for your child’s phone, you can set a Screen Time password so they can’t go past the time limit.

Even if you want to limit your child’s excessive screen time, it’s important to keep a few apps available in case of an emergency. The Always Allowed section of Screen Time allows you to do this. By default, the Your Phone app is always available so you can make emergency calls.

Also, you can select any app from the list, hit the green plus button, and they will be added to the Always Allowed list. This app will be available even during downtime.

This section is most useful for parents trying to restrict their child from accessing certain content. 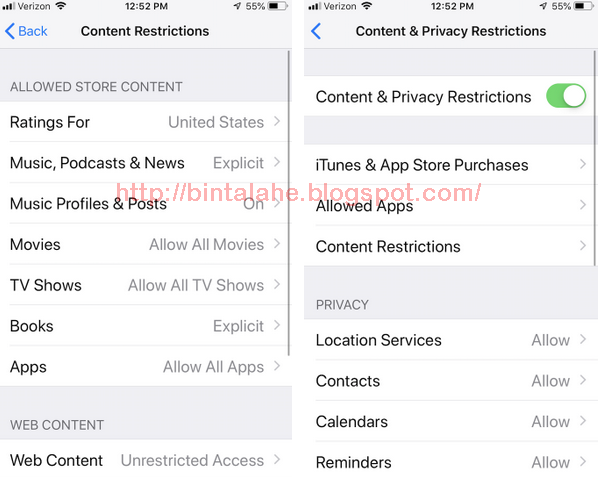 Allowed Apps allows you to block certain apps from being seen or used. Unlike App Limits, Allowed Apps will hide apps completely. However, this setting only applies to built-in iOS apps like Camera, Facetime, and Safari. Third party applications are not supported.

Content Restrictions let you choose whether to hide explicit content in the App Store and iTunes Store. It also lets you restrict websites to exclude adult content sites, or even restrict access to certain whitelists. Furthermore, you can prevent users from searching the web or playing multiplayer games.

Finally, the Privacy section, which was under the previous Settings, has moved to Screen Time. This section lets you customize which apps have access to certain information about you, such as your location, your contact information, and your photos. You can block individual apps from accessing this information, or whitelist certain apps that you trust.

The main purpose of Screen Time is to help users practice smartphone self-control. 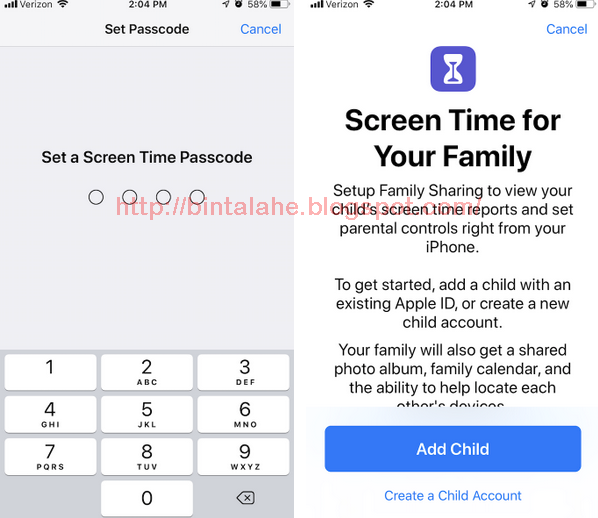 However, as we have seen, it is also a valuable tool for guiding and monitoring how your child uses your phone. To do this most effectively, you must set a Screen Time password that only you know. This is similar to password

You can share your Screen Time password across all your iCloud devices. So, if, for example, you have a series of devices, you can have the same passcode on all of them and limit the use of apps in your Apple environment.

You can also set Screen Time for Family, which lets you enter other Apple IDs and track and control their use of Screen Time. It lets you control other iPhones right from your phone, which is a big improvement over Restrictions.

Lastly, we recommend using Screen Time in conjunction with a heavy duty case, plug protector and more to make your iPhone completely kid-safe.