Ntoskrnl.exe is annoying, but there are ways to fix it.

Bluescreen of death (BSOD) crashes can be an annoying and worrying problem for Windows computers, and the ntoskrnl.exe BSOD is no different. But what does “ntoskrnl.exe” mean, and how do you fix this problem?

Let’s explore what ntoskrnl.exe is and how to fix this BSOD.

How to Fix NTOSKRNL.exe BSOD Error

ntoskrnl.exe stands for “Windows NT operating system kernel executable” and is responsible for many important processes on your computer. Memory management is one of its many jobs, so when something in your computer’s memory goes rotten, it’s likely to trip over ntoskrnl.exe and cause a BSOD. 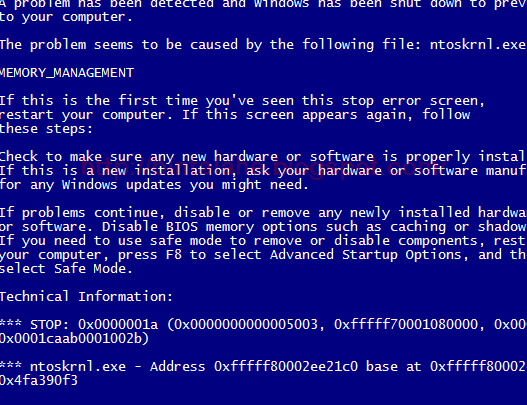 Therefore, when ntoskrnl.exe throws an error, it is most likely caused by a memory problem. The best way to fix this error is to address any issues that occur in your computer’s RAM.

First of all, before you tinker with anything, it’s worth checking the integrity of your RAM. Over time, your RAM may run into issues that are preventing it from doing its job properly. In extreme cases, this will cause your PC to crash. 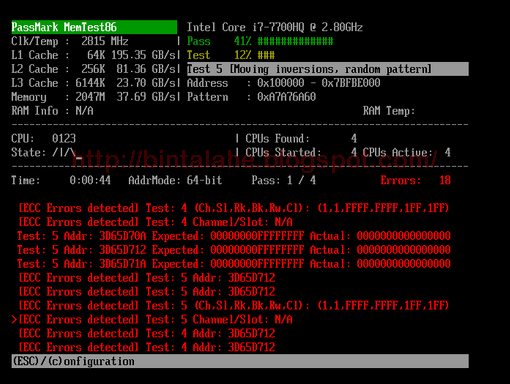 Luckily, Windows does have its own RAM checker tool called Windows Memory Diagnostic. It does a great job, but there are powerful but free third-party tools available like MemTest86.

If the RAM passes all the tests, then maybe something at the software level is causing the RAM to trip. Drivers are the biggest cause of software-based system crashes, so it’s worth giving them a reinstall.

However, given how many drivers a Windows machine can accumulate over time, this is easier said than done. To narrow down the causes, think about any drivers you installed recently, then roll back to an older version and see if that fixes the problem.

Also, think about what program or device you were using when the BSOD occurred. If you can attribute the crash to a specific activity or device, try adjusting the drivers and programs associated with that activity.

If you are still suffering from BSOD, try booting your PC into Safe Mode and see what happens. Windows will load as few drivers as possible to get the PC up and running if you do a minimal boot. If doing so prevents crashes, you can show it as a drive that Safe Mode is turned off.
you can too hunt for old and outdated drivers. Luckily, Windows has a tool that lists every driver on your PC and their release date. This tool is useful for finding potential troublemakers on your computer.

Turn off your Overclocking

If you don’t know what “overclocking” means, you can safely skip this step. However, if you’ve recently fiddled with your voltages, try returning everything to supply and see if that makes a difference.

If you recently installed or updated a third-party antivirus program, try uninstalling it and then restarting your PC. Antivirus must work closely with Windows core systems to stop viruses from affecting them. However, if the antivirus starts messing up, there is a high chance that it will downgrade the operating system with it.

If you are using Windows Defender, it should not be the cause of your BSOD. However, if you prefer, you can try getting a third-party antivirus program and disabling Defender to see if that fixes your problem.

If nothing else works, it’s worth double-checking your system files for look for signs of corruption. Luckily, you don’t have to manually search for each file; Windows 10 has some handy tools to do the job for you. 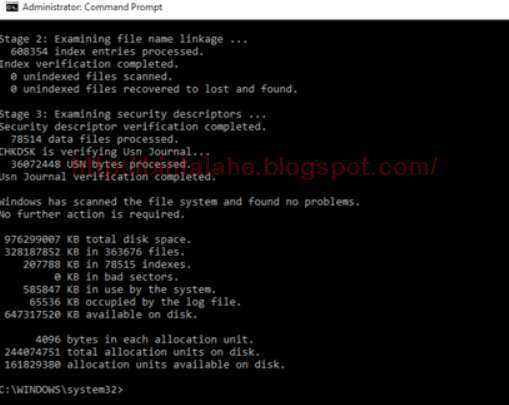 It’s a good idea to give your PC a CHKDSK and SFC scan to make sure everything is as it should be. Otherwise, the tool will automatically patch it and make your PC work properly again.

BSODs can be cryptic and difficult to fix, but it’s not impossible to find the cause. Now you know some of the biggest culprits behind the ntoskrnl.exe BSOD and how to find them.

If the thought of fixing your own BSOD makes your blood run cold, you better learn it how to handle it properly. There are plenty of tools and tactics at your disposal to help find and fix whatever’s causing your BSOD woes.