Many paths lead to the BIOS. A simple keystroke at the right moment, while the system is booting, will take you to the BIOS. If you have a newer Windows computer, perhaps one that came with a UEFI BIOS, you can enter the BIOS more easily. To save your guesswork, we’ve rounded up all the different ways how you can get into the BIOS. 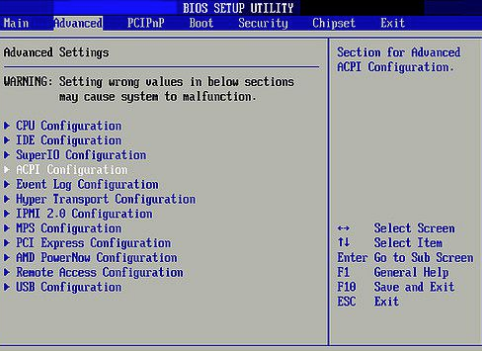 Note: Within the BIOS you can change many basic computer settings, such as boot order, system time and date, or enabled hardware components. That’s why BIOS (basic input/output system) is also known as “Settings”.

How to Enter UEFI BIOS

The new computer boots up too fast. As such, newer versions of Windows feature an easier way to access the BIOS, but you must first boot into Windows.

How to Enter BIOS in Windows 10

Go to Settings (Windows + I) > Update & Security > Recovery and under Advanced startup click Restart now. Note that this will actually restart your computer. 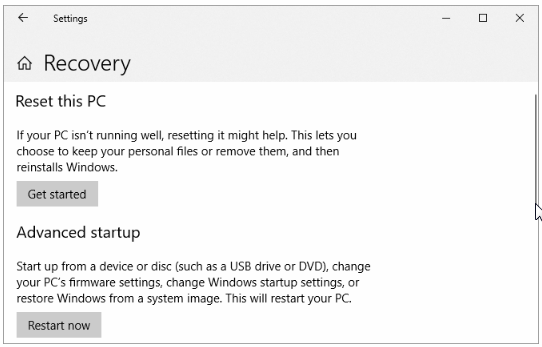 When restarting using advanced startup, you must first select a boot option. On the screen that appears, go to Troubleshoot > Advanced options > UEFI Firmware Settings and click Restart, which will boot directly into your UEFI BIOS from Windows 10. 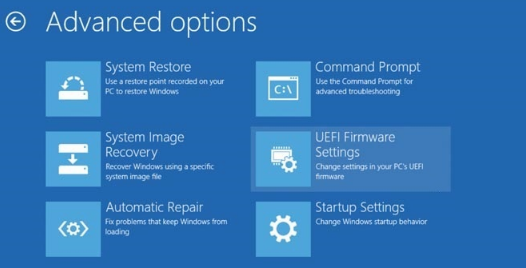 To summarize: Open the Charms bar, for example by pressing the Windows key + C combination, clicking the Settings icon, and selecting Change PC settings at the bottom right. Within PC Settings, navigate to the General tab and click Restart now under the Advanced startup heading.

In Windows 8.1, the steps are slightly different. Inside PC Settings, navigate to the Updates and Recovery tab, then open Recovery, and finally click Restart now under Advanced startup. 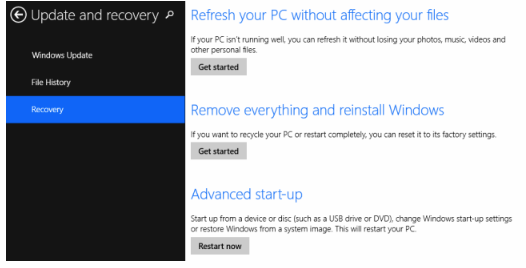 Or, hold down the Shift key while you click Restart in the Shut Down menu. 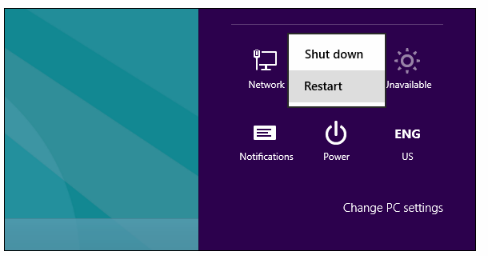 The computer will restart to the boot options, which include the UEFI BIOS. As in Windows 10, go to Troubleshoot > Advanced options > UEFI Firmware Settings and click Restart to boot into your BIOS.

How to Enter BIOS on Older PCs

If you are still using Windows 7 or an earlier version of Windows, you will have to use the traditional way of entering the BIOS, which is to wait for the right moment and press the right button.

The Right Time to Enter BIOS

You may see a message indicating a good time. It most likely says something like “Press

In the absence of such a message, the most appropriate moment is generally when you see the manufacturer’s logo, before booting the operating system. And the easiest way not to miss the time when you can enter the BIOS is to press the right button before you even turn on the computer and hold it until the BIOS appears. If that doesn’t work, you either didn’t press the right button or something broke.

Common keys to enter the BIOS are F1, F2, F10, Delete, Esc, as well as key combinations like Ctrl+Alt+Esc or Ctrl+Alt+Delete, though those are more common on older machines. Also note that a key like F10 might actually launch something else, like the boot menu. The exact key or key combination depends on the manufacturer and model of your computer.

You can continue with trial and error until you find the right key, press a few different keys at once and get lucky or check out the list below.

The most common keys to enter Settings on Acer hardware are F2 and Delete.
On older computers, try F1 or the Ctrl + Alt + Esc key combination.
If your computer is equipped with an ACER BIOS, you can restore the BIOS to bootable settings by pressing and holding the F10 key. After you hear the two beeps, the settings have been restored.

As with Acer, the most common key is F2.
Depending on your model, it might also be a Delete or Insert button, and less often F10.

The most commonly used keys on HP machines to enter settings include F10 and Esc.
On some HP computers F1, F2, F6, or F11 will open the gateway to the BIOS.
On an HP Tablet PC F10 or F12 will take you to the BIOS.
HP has compiled information about its BIOS here.

The F1 or F2 key will take you to the BIOS.
Older hardware may require the Ctrl + Alt + F3 or Ctrl + Alt + Enter key or Fn + F1 key combination.
If you have a ThinkPad, check out this Lenovo resource: how to access the BIOS on a ThinkPad.

On the Sony VAIO, F2 or F3 will take you to the BIOS, but you can also try F1.
If your VAIO has an ASSIST key, try pressing and holding it while you turn on the laptop. This also works if your Sony VAIO came with Windows 8.

Your best bet is the F2 key.
Other candidates include F1 and Esc.
On the Toshiba Equium, F12 will enter the BIOS.
Toshiba also has more detailed instructions on how to access the BIOS.

If none of the keys mentioned above work, the problem might be with your keyboard or rather a lack of keyboard drivers before the computer started up. Try another keyboard and/or port. For example, if you use a USB keyboard, but your PC also has a PS/2 port, try a PS/2 keyboard instead.