As display technology improves, the sensitivity of touch screens also increases. But touchscreen displays are prone to accidental touches. Since almost all mobile devices now use touch screens instead of physical buttons, senior citizens and children may find themselves frequently causing accidental input.

Accidentally interacting with your phone is frustrating. It’s also something that happens to everyone from time to time. Examples include:

Some phones (like the OnePlus One and Moto G4 Plus) have been plagued by ghost touch issues in the past. This is a touchscreen issue where the screen responds to touches you don’t actually make. Such problems can make your smartphone experience very annoying.

One temporary solution is to block touch interaction for selected areas of the screen. While you’ll still have to fix the faulty screen in the end, it’s a nice short-term fix.

With more and more waterproof phones on the market, it’s tempting to film underwater. But usually, there are a number of ghosts involved when the water comes into contact with the screen.

Even if you’re just shooting a video in the rain, an accidental touch can cause a pause or even end the recording. It would be great if you could disable the touch screen so you can record videos perfectly.

If you’re having trouble with the app-related issues mentioned above, temporarily disabling the touchscreen can help. However, there is a better solution than having to disable the touchscreen completely. Screen Pinning, a feature introduced in Android Lollipop, lets you lock your phone to a single app.

For example, you can “pin” the YouTube Kids app. Your kids will be able to navigate around in this app, but they won’t be able to switch to other apps.

Here’s how to enable the Screen Pinning feature on Android: 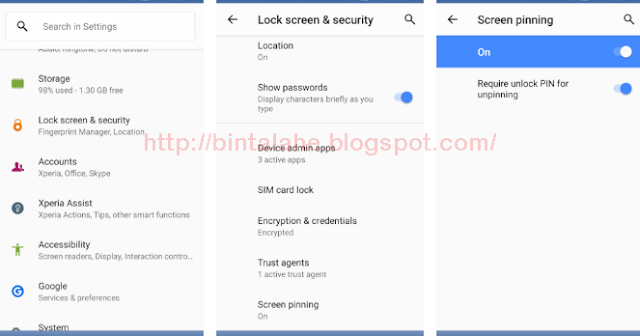 Once enabled, here’s how to use it on Android 8.1 and earlier:

If you have Android 9 or later, use these steps instead:

To unpin an app with three or two button navigation, just hold down the button Return on your device for about five seconds. If you’ve enabled the new Android 10 gesture navigation, swipe and hold for a second. You have to enter your unlock PIN, after which the app will unpin it.

While this feature works fine for some cases, it is not a solution to the other problems discussed above. For example, it doesn’t help with ghost touch issues. For such problems, you should completely disable your touch screen.

How to Disable Touch Screen Input on Android

Touch Lock is a free app that lets you lock the touch screen on your Android. It also lets you temporarily disable soft keys and hardware buttons, essentially bringing the iPhone’s Guided Access feature to Android.

The app shows a five-second ad after each unlock, which you can remove with a $1.99 in-app purchase.

Once you’ve downloaded and opened the app, here’s how to activate it: 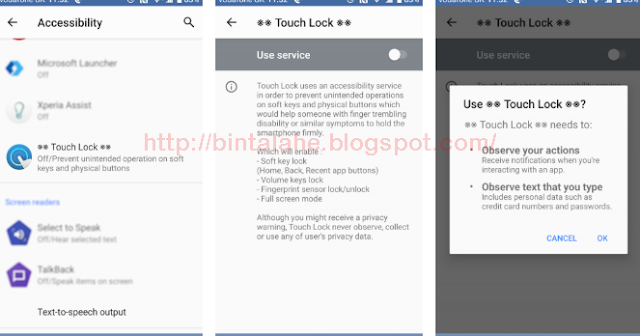 It should be noted that this app observes all text entered, which may include personal and financial details. Because of this, you can choose to disable the app beforehand, or even avoid it altogether.

Once enabled, pull down the notification panel and tap on the lock icon. Now, the touch screen and buttons should be locked. To open it, double-tap on the translucent icon at the top right of the screen.

You can configure the number of taps required to unlock the touchscreen in the app settings. You’ll also find options to unlock automatically when you receive a call, show unlock instructions, and keep the screen on.

The iPhone comes with a built-in function to temporarily disable touch screen input. Dubbed Guided Access, this feature lets you disable certain areas of the screen and even lock physical buttons. Here’s how to enable Guided Access: 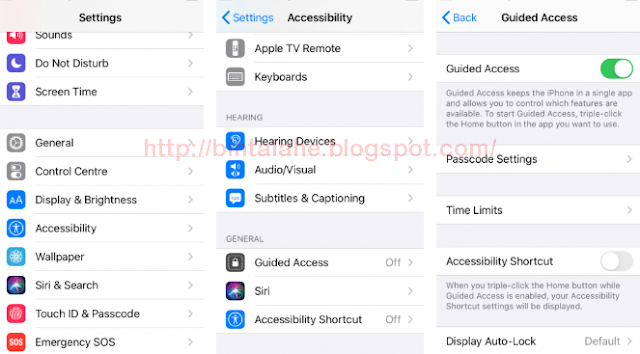 Once enabled, here’s how to use it:

Disabled areas of the screen will appear grayed out and will not respond to any touch.

To get out of Guided Access, triple-click the Home button. Enter the correct passcode or scan with Touch/Face ID to exit.

Whether you want to prevent accidental interruptions while recording video, or avoid abuse by bad boys, temporarily disabling your touchscreen helps.

Maybe on Android naturally or through apps, as well as on iPhone thanks to the Guided Access feature. In short, you should be able to lock the touchscreen on your Android or iPhone with minimal effort.