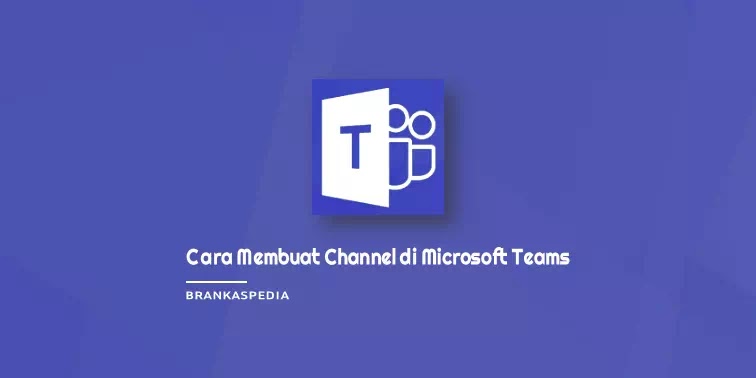 Here’s a guide on how to create a channel in Microsoft Teams. Microsoft Teams is a tool that allows multiple people to work together. This service provides contacts for everyone in the company and has tools that allow users to share and work on shared files. The app experienced a surge in users last year as it is packed with excellent features for remote online work.

Also read: How to Create a Microsoft Teams Breakout Room

Microsoft Teams channels are somewhat similar to groups. If you ever used a messaging app to communicate with a group of people, you would have created a group or multiple groups. Members in groups may overlap but the groups themselves will be separated based on what they were created for.

With Microsoft Teams Channels, everyone is included in the team, but that doesn’t mean that everyone has to be a part of every conversation that takes place. This is where channels are used. A channel allows different conversations to occur simultaneously with other people. Channel viewership can be controlled and limited so that members who don’t need to be part of the channel are excluded.

How to Create a Channel in Microsoft Teams

Users can create as many channels / channels as they need in Microsoft Teams. A channel can have its own meetings, its own file tabs, and its own members even if those members will be part of a team. Channels in Ms Teams are divided into two:

General Channels are automatically generated channels. Every Microsoft Teams team has a General Channel and all team members are a part of it. This channel is usually reserved for general announcements that may be relevant to everyone.

Users (usually team admins) can create as many channels for the team as they want. We have listed the steps for the desktop app but the same steps work on the web version. To create a channel in Microsoft Teams, follow the steps given below:

3. Choose Teams where you want to create a channel. 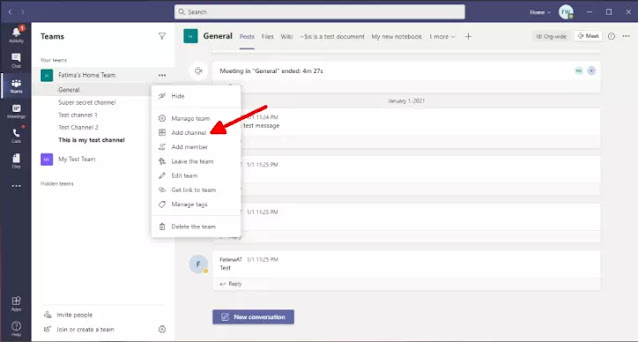 6. Give name and description channels.

8. If you choose a private channel, click Next and then add team members (you can add and edit them later if you want). 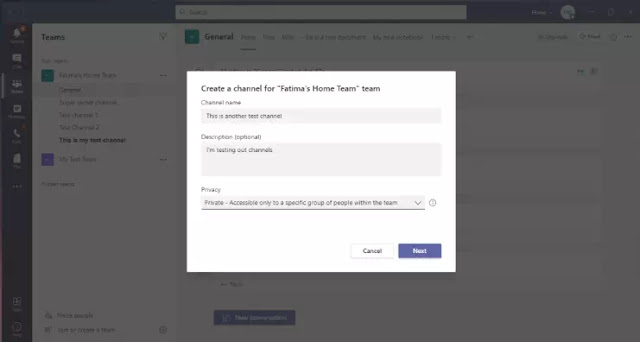 9. To add members to the channel, click the button more options (three dots) next to it.

11. Enter name or email address the team member you want to add to the channel. 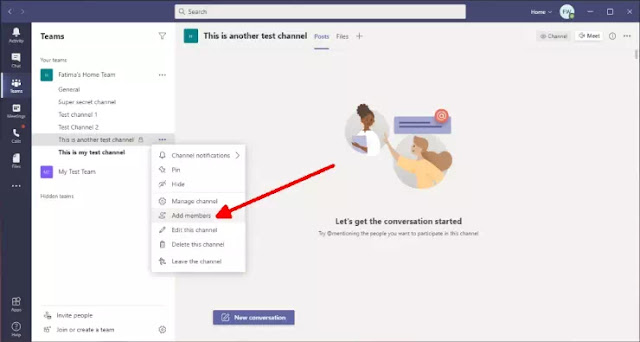 Channels are a great way to keep conversations sorted by topic. The files that you share through the channel are only available to those who are a part of it.

Also read: How to Create a Private Channel in Microsoft Teams

That’s the guide on how to create a channel in Microsoft Teams. Hopefully this article is useful for you. Thank you for visiting and don’t forget to share it with your friends too.