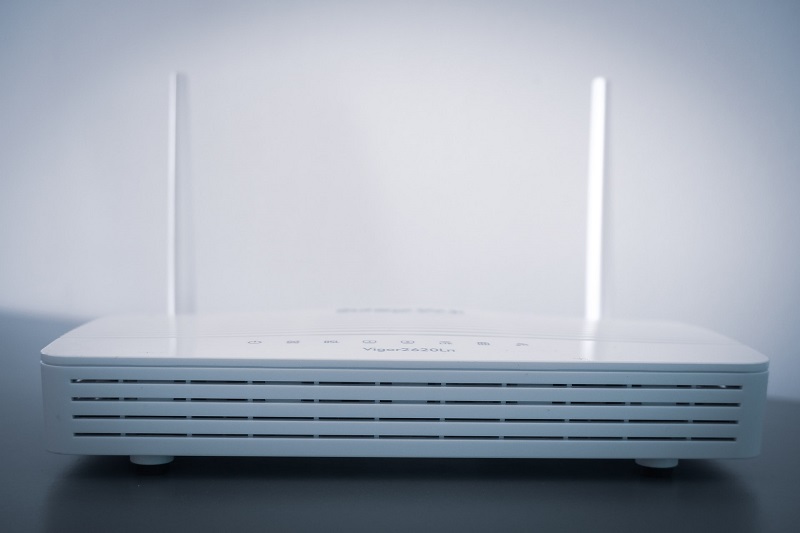 How to Check Indihome Internet Speed ​​- With the internet, people can do almost all kinds of activities from shopping, school to work. Therefore, many choose to subscribe to the internet such as Indihome for example. Unfortunately, the Indihome provider sometimes experiences unexpected disturbances. As a user of course you have the right to make a complaint.

But before making a complaint to Indihome, it’s a good idea for users to know how to check Indihome’s internet speed

The goal is that users can find out whether the Indihome internet network is experiencing interference or not.

Internet speed can be affected by many things, from the number of wifi users to what applications are opened. So it could be that the chosen internet speed is high, but if there are many users, the internet access speed will decrease.

In addition, the type of activity they do will also affect the speed, especially if the user is downloading or streaming.

Well, for those who want to know the speed, in the following, we will review how to check Indihome internet speed (both from PC and HP).

Let’s see to the end! 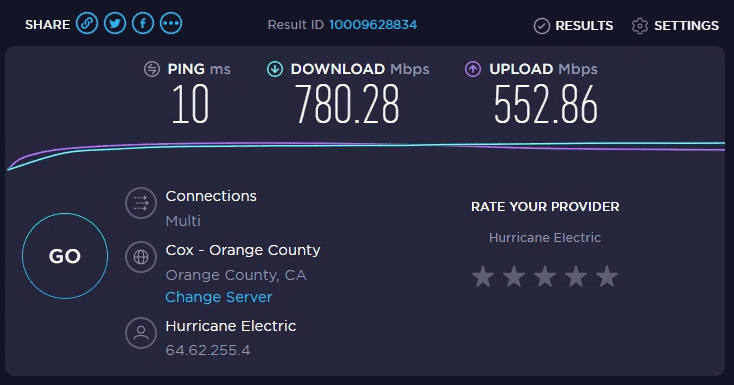 One of the easiest ways to find out your internet speed is to go to an online site like Speedtest.net

When you have opened the site, don’t forget to click Go, which is in the center of the screen. Later, the site will perform a speed test on the internet connected to the device.

The speed test process is not too long, about 1-2 minutes. Furthermore, the site will inform the internet speed. On the site, users can also find out what activities are causing the internet to be slow and reduced.

In addition to being available online, this site is also available by application. So, Android and iPhone users can also do a speedtest using this application from their respective cellphones. 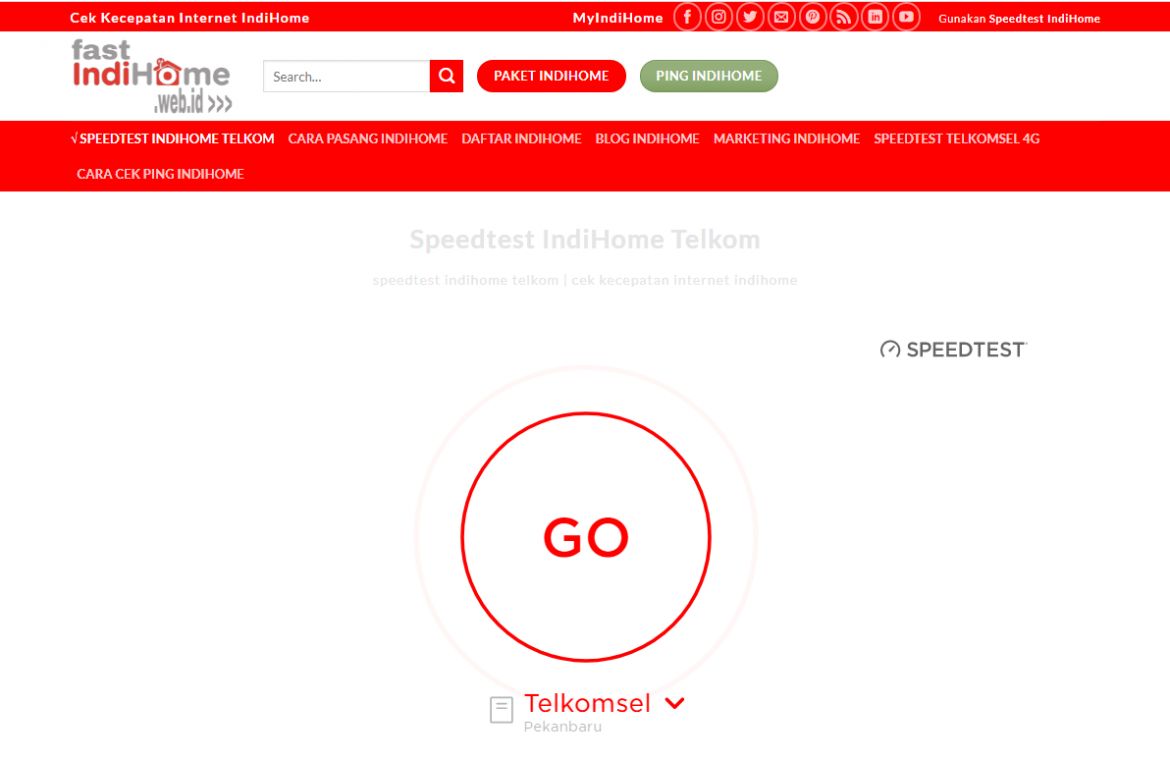 Another online site that can help see internet speed, but only for Indihome users is the official site Indihome Speedtest.

Next is the same as before, click options GO which is on the main page of the site.

The site will perform a speedtest on the Indihome internet used.

To get accurate results, do not open other sites or applications. The speedtest process is also not long, so please be patient. After a few minutes the calculation result will appear on the screen.

On this site, users can also find out the ping and jitter. 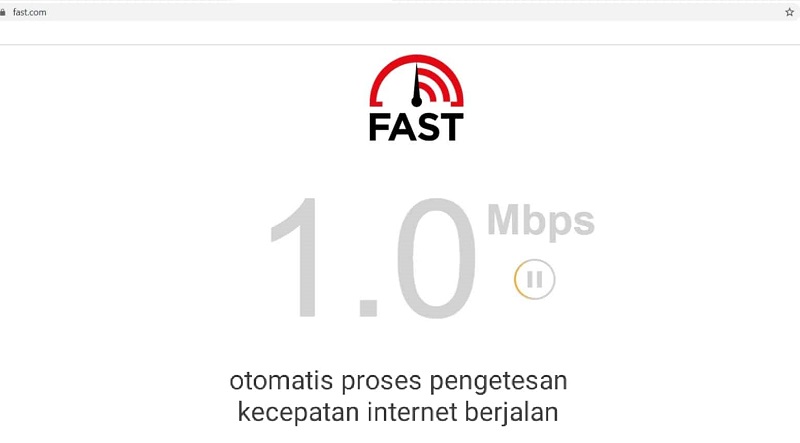 For those who like to use the Indihome internet to watch Netflix movies, then make sure the internet connection is not interrupted by using Fast.Com. As with other sites, how to check Indihome’s internet speed is very simple and fast.

Just go to the site, that is www.fast.com/id/

Later, the site will work automatically and immediately calculate the internet speed that is currently active on the device.

So, users don’t need to click anything to start the process. Furthermore, the results of the internet speed will appear in the center of the screen in megabits per second.

One of the advantages of Fast.com is the ease of use and can be used for all types of devices. So, for those who use cellphones, tablets or PCs, they can see internet speed using this site.

Other Interesting Info : How To See Indihome Wifi Users (Owners Should Know This) 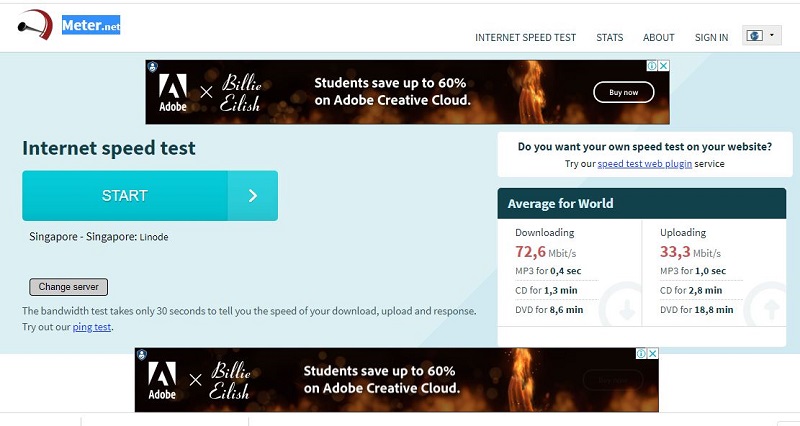 For those of you who don’t want to increase the memory on their cellphone, then how to see internet speed can use meter.net. Overall, this site works almost the same system as Speedtest where there is PING and information about download speed or upload speed.

To start the checking process, click the button Start in the center of the screen. Next, the system will process a speed test to see the internet speed.

This process only takes 30 seconds, so try not to open or use other applications. After 30 seconds, information about internet speed will appear on the screen with some other information.

Other Interesting Info: How to Easily Find Out Indihome Numbers, Check It Out! 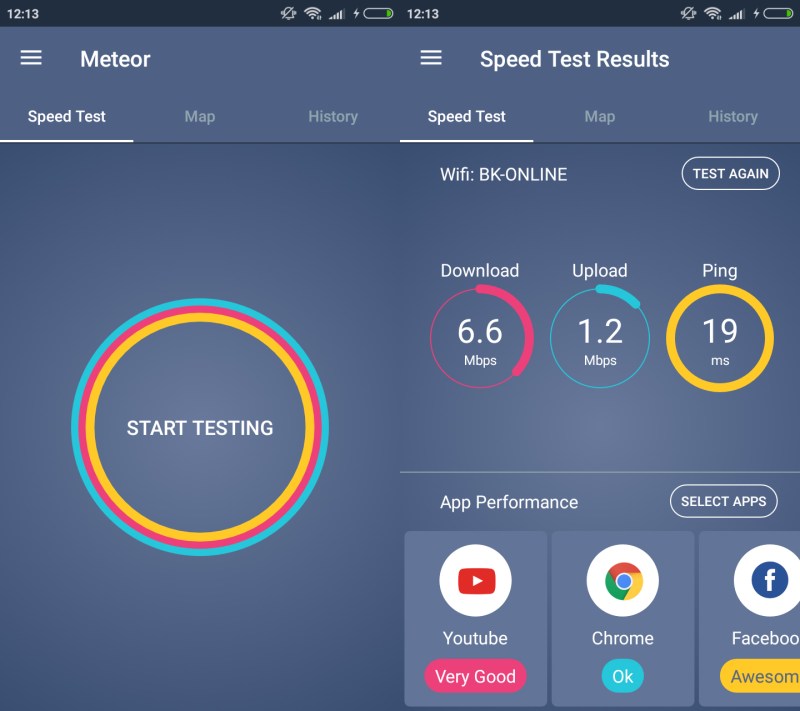 For those who do not like to open sites online, then try downloading the application Meteor on their cell phones.

This application not only tests internet speed, but can also display other det
ailed information such as applications that can run optimally with your internet connection.

In addition, this application can inform the speed that can be obtained if the user wants to download or upload data.

Within a few seconds, all the required information will appear on the phone screen.

Other Interesting Info: How To Unblock Indihome WiFi So It Can Be Used Again 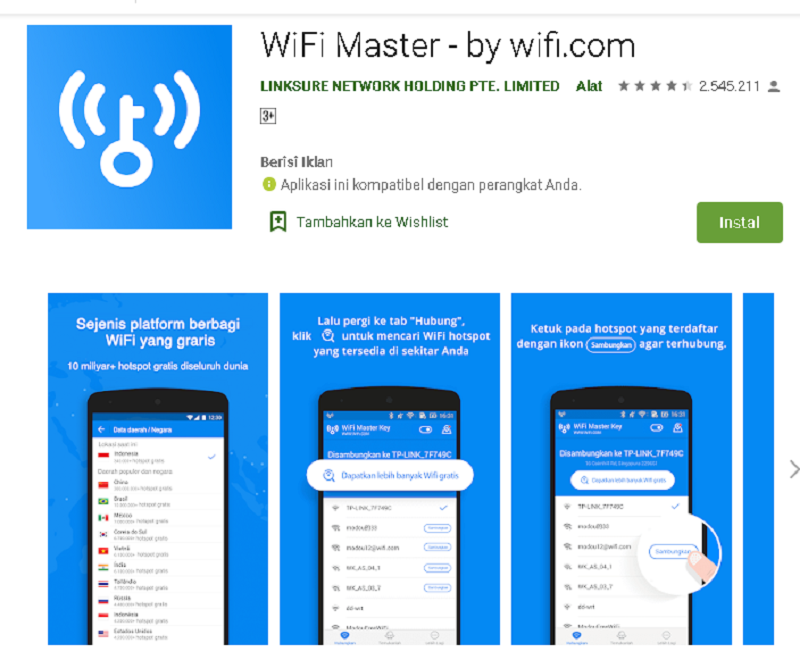 If you want a multifunctional application, then download it Wifi Router Master on their cell phones.

This application is very helpful in seeing the internet speed and can inform the best place to get a strong signal. Later, this application will inform the user by giving a sound signal if the signal in the area is strong and stable.

Well, for those who want to see the speed of the wifi internet, then open the tab Speed. Next click Speed ​​Test at the bottom of the menu. Later the application will show the name of the tested wifi along with its speed.

Another advantage of this application is that users can also see who is using the wifi. If someone doesn’t want to use the wifi, then the user can block or delete that person directly.

So for those who are curious about the internet speed and who are its users, then download this application.

With such high internet needs, it is not surprising that these sites and applications are widely used to see internet speed.

For those of you who are experiencing slow internet, then try how to check Indihome’s internet speed with the methods above. In addition to being fast, the methods above can be done for free without incurring additional costs.