Android fonts app – How how to change android font on a Sony Xperia M phone? One of the advantages if we as Android phone users is that we can beautify the writing style which we can change font on android phone ours. By changing the theme on the cellphone, so that the application icon or logo can have an attractive appearance and will not bore the user, we are given the convenience of changing the theme on our Android cellphone where the Android font theme / application is already available on Google Play. Even though the android phone you have is made by samsung, you can make the appearance or style of the android font like sony xperia.

On the android playstore, there are various kinds of android font applications for free and can also be used on various kinds of android samsung, smartfren, lenovo but when it fails when it is used to change the sony xperia font. Therefore, in this article, we will try to share tips to change the writing on the Sony Xperia M. Listen how to change android sony xperia m text in the review that we will write below.

How to Change the Sony Xperia M . Android Font 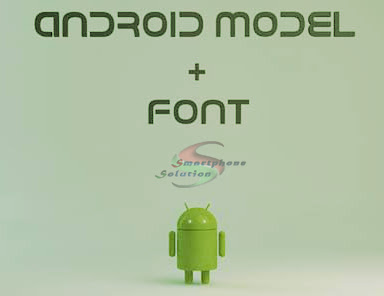 So that the Sony Xperia M Android phone font can be replaced according to what we want, as a preparatory step the conditions that must be met are:

also read: How to Root Sony Xperia (All Series) Android Phone without PC

After you have fulfilled the above conditions, the next step is to download your own font for android xperia. You can download a collection of writing styles directly in *.zip form, at the following address >> http://forum.xda-developers.com/xperia-u/themes-apps/mod-flashable-fonts-xperia-t1959019

If you have downloaded a collection of fonts for your Xperia M, then follow the tutorial below to install the fonts:

Notes : The method above we tried using Sony Xperia M JB 4.3. Then to return the font to the original you can do it by: copy paste the Roboto-Bold.ttf file and Roboto-Regular.ttf which was backed up earlier to root / system / fonts >> then change the permissions to rw-rr

Other interesting articles: How to fix an Android cellphone battery that can’t be charged

Thus our post this time which discusses about how to change the android phone font sony xperia m. Hopefully our article can help change the writing on your xperia, thank you so much..