It doesn’t matter where in the world you live there will come a time when you will come across blocked sites and restricted internet. If you find an internet block, don’t panic. Keep reading to find out more how to bypass banned sites and internet restrictions.

The possible reasons for the block are many. First, many services use geo-blocking tools to restrict access to their content in certain countries. The problem is probably most commonly associated with the Netflix catalog. However, it can also apply to videos on social media (such as sports clips), news articles, and even entire services that are not available outside their home country (such as Hulu).

Second, governments often block access to sites that fit their agenda. The Twitter block in China is perhaps the most famous example, but in recent years we have also seen Turkey block access to social media in an attempt to quell protests in 2016 and Sri Lanka halt access to Facebook following the April 2019 terrorist attacks, purportedly to prevent the spread of fake news.

The most popular way to access blocked internet sites is to use a high-quality paid VPN. 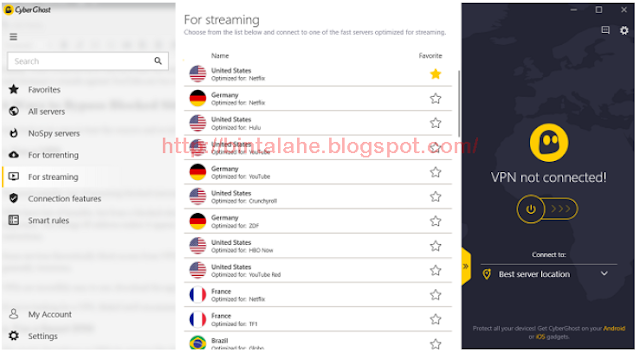 VPNs have many benefits, but from the point of view of blocked sites, it is the technology’s ability to give you an IP address in another country that matters most. A foreign IP address makes it appear as if you are in a different location. That way, you won’t be triggering geo-blocks of sites and can circumvent restrictions.

Some services theoretically block access from the VPN IP address. In practice, this has resulted in a big game of cat and mouse, in which VPN providers generally win.

VPNs are very easy to use: download the app to your phone or computer, enter your login credentials, and select the network you want to connect to.

The recent clampdown on VPNs by services like Netflix and BBC iPlayer has resulted in the growth of smart DNS providers.

Smart DNS services have some pros and cons when considered in contrast to VPNs.

One of the most significant advantages is internet speed. Unlike VPNs, which route all your web traffic through different networks, smart DNS providers only need to reroute information about your location. This process results in a faster browsing experience.

On the downside, DNS services don’t offer the same privacy benefits as VPNs. They don’t encrypt your traffic, nor do they change your IP. If the authorities in your location tend to sue based on the sites you visit, a smart DNS provider isn’t right for you.

One of the best smart DNS providers is Getflix.

The proxy will hide your IP address, thereby helping to disguise your location. However, it will not encrypt your traffic. The lack of encryption means proxies are not as secure as VPNs; they are an excellent choice for circumventing blocks in work and school networks but not suitable for browsing that requires anonymity.

Proxies are usually much slower than VPNs. You will also find that they often have problems with page and image formatting. These two problems prevent them from being a reliable long term solution.

Google Translate is a less technical way of bypassing content restrictions. It doesn’t require any third-party apps or downloads, and there’s no need to worry about IP addresses and DNS servers.

The trick won’t work if you try and translate English > English but it will work if you set the source language as something different, even if the site is actually in English.

For example, in the image above, you can see I set the source to Spanish on the BBC homepage. As long as the output language is set to English, it should work.

Again, it goes without saying that using Google Translate to bypass internet blocks does not offer any privacy protection.

When you think of a web address, you probably think of the domain name (e.g., www.bintalahe.blogspot.com) that you type into the address bar of your browser.

However, if you know the IP address of a site, you can enter it directly into your browser, and you will still see the site.

Since many networks only block domain name URLs and not the underlying IP address, this trick is often a great way to circumvent internet restrictions.

The same principle applies to short URLs. It’s unlikely that a small company or school has blocked all short URLs that point to a site. You will often enjoy success if you try to use it.

You can find the IP address of a site by opening Command Prompt as an admin, they type tracert followed by the domain name, for example, tracert bbc.com.

When you use the Tor network to browse the web, your traffic will make long journeys through thousands of nodes around the world.

This process makes it nearly impossible for ordinary websites to know where the request is coming from, making it impossible to get caught in any blocking filter.

Be aware that Tor and the dark web are not completely anonymous. Government authorities can, and do, monitor people with an interest in the network.