Sim card not read on oppo cellphone – How how to solve sim card not detected on android phone ? As Android smartphone users, of course, we have happened where oppo smartphone unreadable sim card that we have. We also experienced this incident on an Oppo smartphone when it was being used for the internet, the signal suddenly disappeared and after checking it turned out that the sim card was not read by the Oppo cellphone. Had thought that our Oppo android phone ran out of data quota so that the sim card had no signal, but after replacing it with a new sim card, the Oppo phone still couldn’t detect the sim card.

We have done several ways to overcome the unreadable sim card on the Oppo android phone, such as activating airplane mode or airplane mode but still the sim card has no signal and the card is not read. In addition we also try to replace the old sim card with a new one to make sure the sim card connector is damaged or not. So what if the sim card slot is really damaged and how? how to fix a broken sim card holder on oppo the smartphone? Without us realizing it turns out that the connector is no longer able to read the chip from the SIM card, one of which comes from frequently changing sim cards so that there is a short circuit and wear on the connector and the sim card slot is not detected. 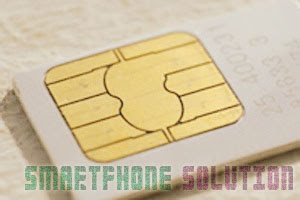 The most important thing here is that when we try to fix a sim card that is not detected on the Oppo Android, it would be better if we first made sure that the total lost Android signal came from software or hardware damage. Because if we don’t check about the problem of HP not reading this SIMCard, what is feared is that it actually causes damage to other components.

The following are some of the things that cause the sim card to be unreadable on Oppo cellphones or other Android tablets, including:

1. The sim card has passed the active period

Although the cause of the last unreadable sim card seems simple, many Android cellphone users are not aware of it.

2. The temperature of the android phone is too hot

It’s not something new anymore if you use an Android-based cellphone, it will always be hot because of the application that always works on the back screen of the cellphone. However, in some cases, an android phone that is too hot can cause a short circuit, one of which is in the sim card slot which causes the sim card to be unreadable by the android phone.

3. Damage from the SIM card itself

Usually the characteristics of damage to the sim card are marked by the chip path which was originally golden but will turn into brownish spots which causes the sim card to not be detected by the android phone. The easiest way to check if the sim card is damaged or can’t be done is to try the sim card on another phone.

4. Damage to the Sim Card Holder and Connector

5. Damage to the smartphone software

System errors can be a trigger for this problem, because the Android cellphone operating system will not be able to read the SIM card. To overcome this, you can do it by opening the PUK code or with a cellphone security.

6. The SIM card line is disconnected

What is meant by the connector here is the golden colored pcb/microchip scheme on the sim card, the characteristics of the damage are marked by the simcard line breaking in the form of a thin line or scratch on the microchip.

After knowing some of the causes of an unreadable sim card on an android phone, here are some ways to find out if the SIM card is error or unreadable which makes the oppo android phone no signal.

How to Fix OPPO HP SIM Card Slot Not Detected

If you have a problem with the sim card not being read on your Oppo phone, try to fix it like I did in the video below:

In the video above, I managed to solve the unreadable sim card on my Oppo phone without having to take it to a service center.

But I’ve also written down the steps for overcoming the unreadable sim card on the Oppo phone in the post below:

Replace With A New SIM Card

That’s a review on how to fix cellphone can’t detect sim card that we can convey at this opportunity. Hopefully this discussion can be useful for all of us, thank you so much.