Oppo smartphone can’t connect to camera – How how to fix camera can’t connect to oppo android phone ? Fix android camera that can’t be opened is something that we must do considering the function of the Android camera feature which is very much needed at this time. In addition to being used to take selfies, now there are many Android cellphone applications that require support from the Android smartphone camera. For that, we can’t let a camera error problem such as the message “Cannot Connect to Camera” or “Cannot Connect to Camera” appear and make the Oppo cellphone camera unable to open.

The problems that arise from this Android phone camera error are very diverse. In addition to the frequent “Unable to Connect to Camera” notification as above, sometimes the rear camera cannot be used / opened even a black screen when the camera is opened are some signs of a problem with the camera on the Android cellphone that we have. Then, how how to fix oppo cellphone camera that doesn’t work the ? If we let this problem drag on, it actually makes the camera application unresponsive and sometimes disappears from the Android phone menu.

Talking about the Android cellphone camera error, on this occasion we Smartphone Solution will share tips on several ways to overcome the rear camera can not be used or opened. And in the handling of not being able to connect to this camera, we use an android phone made by Oppo Smartphone with the Oppo A37 series. Where the Oppo A37 is having problems not being able to open the rear camera or front camera after installing other camera applications. Let’s just take a look at the full review of How to Overcome the Oppo A37 Hp Camera Application That Doesn’t Respond below this. 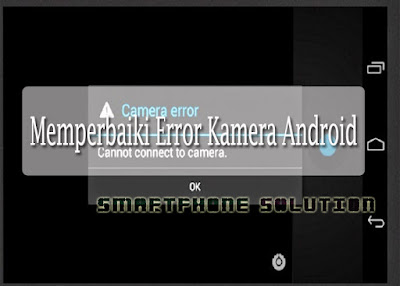 Before we start to discuss camera errors on this Oppo cellphone, it would be better if we knew the cause of why the camera failed when it was used. The following are some of the things that are often the cause of the Android cellphone camera error so that it cannot be connected, including:

After knowing the main causes that make the Android cellphone camera unable to connect, let’s just start discussing the solution why the Oppo A37 camera can’t be opened in the review below.

The first way we can do when an Android phone has an error with the camera is to reboot the Android phone that we have. How to reboot an android smartphone is not as difficult as we imagine, we just need to do:

Stopping and deleting camera app data is the second most powerful way to deal with problematic camera apps, especially the default camera app. To delete this error Android camera application data, we only need:

By deleting the application data will clean all stored data such as cache, history, database, camera settings, and others.

3. Use Other Camera Apps

Not being able to connect the camera to an Android cellphone is sometimes also caused by a virus in the Oppo A37 cellphone that we have. For that, use a powerful anti-virus application such as AVG, 360 security, or Avast to scan so that the viruses can be deleted and the camera can be reused.

Although this method is too risky to return an Android cellphone camera that cannot be opened because later all the applications you have installed will be lost, except for the default application, but there is no harm in trying it if all of the above methods cannot fix the error on the anadroid camera. However, before we do this Factori Reset, it’s a good idea to back up all the data on the Android smartphone.

There is a high possibility of damage to the camera hardware itself if a factory reset does not solve the camera error problem. We recommend that you do disassembly on an android smartphone by checking the cable connection section with the camera, whether it is still in good condition or not.

NOTES : For the last step, you should not do it if you don’t know anything about Smartphone hardware. It is better to take it to the Service Center so that later it can be repaired by a more reliable Android technician. Read also: Hp Camera Tips to Produce DSLR-Like Photos

Those are some ways to deal with Android camera that is stuck, stops suddenly, doesn’t connect that we can convey on this occasion. Hopefully our article above can provide benefits for all of us, thank you so much.