Maybe the term die cast is familiar to toy car fans. But for ordinary people it is not necessarily like that. In fact, die casting is the process of melting metal or metal and then molding it into a model, it can be a toy or other form. What is often found in the market is die cast in the form of a toy.

Let’s take a look at the history and the beginning of the appearance of this die cast toy.

The History of the Emergence of Die Cast Toys

Die cast toys have a long history. The early appearance of die cast is around the early 20th century. The pioneer countries of die cast toys are England, America, and France. You could say that Meccano, a toy manufacturer in England, was the first to produce toys using the die cast method.

Initially, die cast was printed using cans and colored manually. In its development, iron was used as a mold. The coloring process is no longer manual but with decal technology. The pioneer period die cast toys were not of great quality. The model is also very basic, namely a car without an interior.

It wasn’t until 1947 that Lesney popularized the Matchbox, a toy with a die cast method that often imitated the original. Until the 1950s, the die cast method on toys became increasingly popular, resulting in improvements in form and quality. The manufacturer Mettoy has entered the market with the toy brand Corgi. The addition of plastic as interior and windows by Mettoy is considered a pioneer.

Following the success of Mettoy, the American toy manufacturer, Mattel, launched Hot Wheels in 1968. Mattel, already successful with Barbie for girls, answered the market demand for boys’ toys. Hot Wheels quickly became successful thanks to its unique model and low wheelbase. So, Hot Wheels toy cars are seen as cars that can slide quickly.

Hot Wheels’ success has made it the most sought-after toy brand as well as shifting Matchbox’s position. Along with that, in the 60’s the die cast method was a method that was often used by companies to promote. The trick is to print the logo or company name on the toys which will be used as souvenirs. Big companies like Kodak and McDonals do this.

As it developed, Mattel finally bought Matchbox after going bankrupt in the 80s. After being purchased by Mattel in 1997, Matchbox continues to be sold under the Matchbox brand. Hot Wheels eventually became brothers with Matchbox and continues to be a favorite toy for children and collectors alike.

In fact die cast enthusiasts are children and collectors. Obviously this toy can reach all age segments. No wonder if the sales figures worldwide can reach millions every year. Of the many outstanding die cast, there are some who become leaders in their class. Here is the explanation: 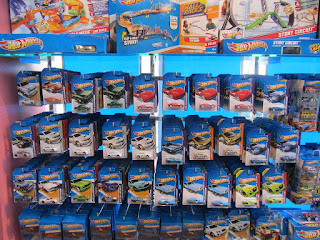 This brand is the most famous. In Indonesia, this brand is very easy to find, even to minimarkets spread across Indonesia. Apart from the variety of models and series, Hot Wheels are die cast toys at affordable prices. At a toy store like Toys Kingdom, this toy is priced at 30-40 thousand. While those in the mini market for 20-30 thousand.

Other Interesting Info : For Diecaster, Hot Wheels Are Treasure! This is the reason

However, there are also Hot Wheels which are valued up to hundreds of thousands of rupiah. Usually because of details, sizes, and also special editions. Kids love this brand because of the availability of a race track even though it is sold separately, the car itself is very easy to launch. As for collectors, they like to hunt old Hot Wheels. 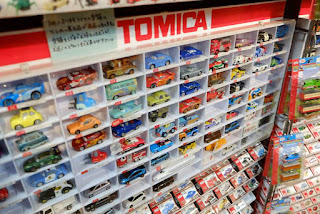 The next player for die cast toys is from Japan, Takara Tomy. Takara Tomy launched the Tomika brand which is also popular with diecasters. When compared to Hot Wheels, Tomika’s price is slightly more expensive. This is because for the entry level only, Tomika provides more complicated details.

As for the premium type, Tomika Dream has launched anime cars. While the regular series is filled with cars with brands from Japan such as Honda, Suzuki and Toyota clones. For collectors, Tomika also issued Tomica Limited Vintage. 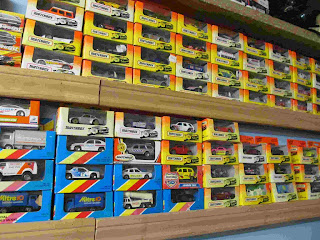 This adopted brother of Hot Wheels is one of the die cast that everyone is looking for. Matchbox size is arguably smaller when compared to its sibling. In terms of price, Matchbox also has pocket-friendly prices. Unlike Hot Wheels, Matchbox features eye-catching mature colors.

The models from Matchbox are also diverse and not only cars but also heavy vehicles. Examples are tow trucks, Jeeps, trains, planes, to ships. The die cast on Matchbox is of good quality and doesn’t scuff easily. Despite having to compete with Hot Wheels, Matchbox also posted high sales worldwide. 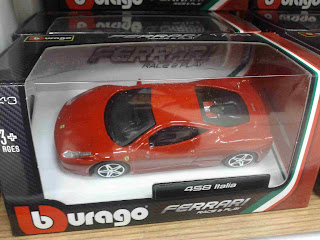 The next brand for die cast toys is Bburago which is produced by Italy. In line with the country’s output cars such as Ferrari and Maserati, Bburago also produces clones. Bburago is famous for the details that are very close to the original. In fact, the interior and wheels of the Bburago use very high quality materials.

So similar to the original car, Bburago was asked to be the holder of an exclusive thing in terms of making die cast using Ferrari models. Don’t miss the F1 team. No wonder the Ferrari die cast has super cool quality. 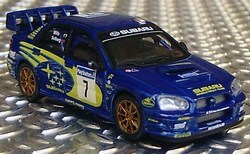 In Hong Kong, the manufacturer of die cast toys is Autoart. Although not using metal for all bodies, Autoart actually stands out in terms of paint quality. Using a mixture of metal and special plastic, Autoart paint feels softer and doesn’t peel off easily.

Because of the detail for interior matters, the price of Autoart is arguably expensive for a die cast toy. The details in question are not kidding. Even the smallest details such as the grille holes are given by Autoart. 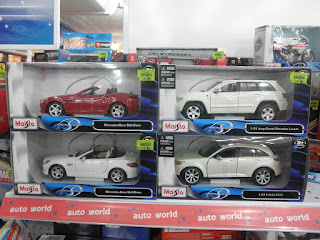 Maisto is still under the same umbrella as Bburago. However, Maisto’s price is cheaper when compared to Bburago. The quality is equally good and for a large die cast, the wheels on the car can be turned. Models from Maisto usually imitate Italian cars as well. Because of its affordable price, Maisto scored quite good sales in the market. 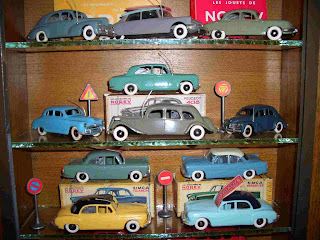 From France, die cast toys are also a game for children. Norev is a brand that prioritizes details but is still affordable in terms of price. Interestingly, toy car parts such as doors and hood can be opened. Obviously this is a plus for a quality die cast toy.

You could say die cast toys are a must for children and collectors alike. For them, owning a die cast is like investing because the resale value can skyrocket for years to come.

So, do you want to join the die cast collection too? ️

That’s a light article about this die cast toy. See you again in interesting articles about other toys. Regards.