If you’ve heard of Ubuntu, the most popular version of Linux for desktop PCs, chances are you’ve also heard of Debian and Linux Mint.

With so many Linux distributions to choose from, newcomers can have a hard time telling them all apart. In this regard, these three options have a lot in common, but there’s still a lot that sets them apart.

In the Linux world, there are hundreds of Linux-based operating systems (commonly known as “distributions” or “distros”) to choose from. Most of them developed from existing distros and implemented various changes. There are only a handful that are not based on anything else.

Debian is one of them, the parent that gave birth to the majority of other versions of Linux. Ubuntu is the most prominent descendant.

Although Ubuntu is based on Debian, it has been the parent of many other distributions. Linux Mint, for example, based on Ubuntu.

If you connect the dots, it means that Linux Mint is ultimately based on Debian.

But Linux Mint is not Ubuntu, and Ubuntu is not Debian. While most of them probably have the same tech support, chances are you won’t have that impression when you boot them up for the first time.

Software engineer Ian Murdock released the first version of Debian in 1993, in the process of building a community of developers who would work together to provide a stable way to use the best software the free software world has to offer. The name comes from a combination of her name and the name of her boyfriend, Debra. 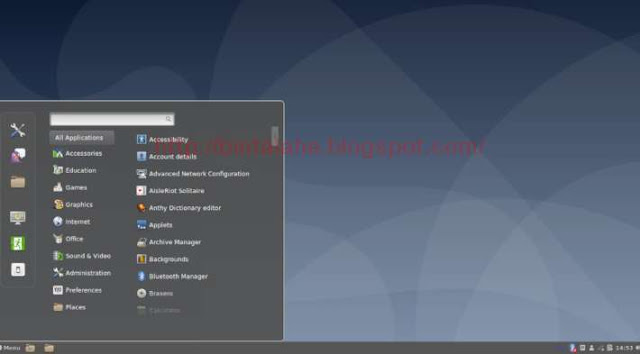 While you can install Debian on your laptop and replace Windows, Debian is more than just a desktop operating system. It is a large collection of software that you can configure in various ways to create the kind of experience you want. This is why many projects use Debian as a foundation.

But yes, you can install Debian as a desktop operating system. There’s technically a default desktop experience available, but the installer allows you to pick and choose the desktop interface you want. You can even choose to have no graphical interface at all, which is ideal for servers.

This freedom means the Debian team leaves most of the design and usability decisions to the various free software projects themselves. How Debian looks and feels has more to do with what the GNOME or KDE teams decide than Debian developers think.

You won’t find the custom themes and personal styles that Ubuntu and Linux Mint offer in spades, though this isn’t necessarily a bad thing.

The GNOME desktop interface, for example, doesn’t support custom themes and many app developers are actively asking the distro to discontinue it use their app.

However there is a major part of the experience that is specific to Debian. That’s package management. Debian uses the DEB format and the APT package manager. However, I won’t go into details here, because as Debian-based distros, Ubuntu and Linux Mint share the same tools.

This is not to suggest that there is nothing special about Debian. There are many reasons to use Debian, but only a few that might really mean a lot to someone who first discovered free software.

If you come to Debian from a different version of Linux, you may notice that most of the software is older than what you get elsewhere. New versions of Debian only appear once every two to three years, and app updates are frozen at the same time as the rest of the system, apart from security patches and similar maintenance. If you want to use newer software on Debian, you can, but that comes with more bugs and instability.

In short, Debian isn’t difficult to use, but it’s aimed more at technical users than Ubuntu or Linux Mint. Debian is great for people who care more about the values ​​of free software, want more control over how their PC works, build servers, or value long-term stability.

Unlike Debian, Ubuntu is a product of a private company. Canonical launched Ubuntu in 2004. Its goal was to create a version of Linux aimed at non-technical users. The slogan is “Linux for Humans.” 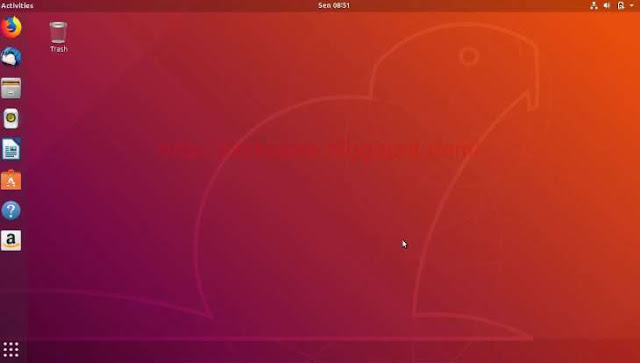 So, what differentiates Ubuntu from Debian? For starters, there’s an obvious product: the Ubuntu desktop. Canonical employs developers to make the selected default experience as user-friendly as possible.

Today, Canonical provides a simpler installer, a restyle of the GNOME desktop, and newer software.

(Ubuntu packages technically come from an unstable branch of Debian. That means experienced users can get this software on Debian too, but at the risk of a less stable desktop).

The Snap Store, in addition to Ubuntu’s position as the most widely used version of Linux, makes Ubuntu the Linux distro with the greatest level of software support from non-Linux developers. This is relevant for applications like Skype and Steam, plus large swaths of PC games.

Canonical’s snap format is a universal format that works regardless of which Linux distro you choose. Thus, you no longer have to use Ubuntu to enjoy these many benefits.

Ubuntu has a predictable release schedule, with a new long-term support release rolling out every two years. Temporary releases come out every six months. This makes it suitable for people who like regular updates and those who just want a reliable computer.

Clément Lefèbvre started Linux Mint in 2006, just a few years after Ubuntu. There was a lot of trial and error in the early days, when the Mint developers decided how to structure the technical aspects of the desktop. They have finally landed on making Linux Mint fully compatible with the Ubuntu desktop. 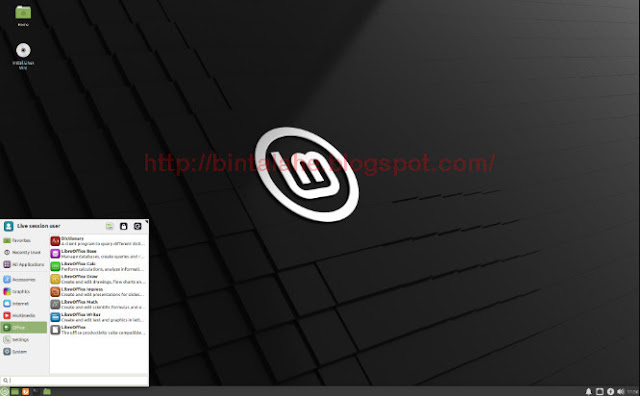 Both distributions mostly use the same repository and can install the same software. DEB packages destined for Ubuntu will also work on Linux Mint. Linux Mint team not very care about chickpeas, but it is still possible for you to install it.

The main difference between Mint and Ubuntu is the initial desktop experience. The Linux Mint team created the Cinnamon desktop environment, which by default resembles Microsoft Windows. You have the app launcher on the bottom left, the taskbar along the bottom, and the system icons on the bottom right.

Mint comes with a number of tools that simplify the process of installing apps and changing desktop themes. Mint also has the option to pre-install multimedia codecs which, on Debian and Ubuntu, you must install after installation.

These changes are encouraging people to choose Linux Mint as a desktop that is easier or more comfortable to learn and use every day.

If you don’t like the Cinnamon desktop, there are MATE and Xfce editions of Linux Mint also available. Both come with the same general theme and layout but can run more smoothly on older machines.

Debian vs Ubuntu vs. Linux Mint: Which To Use

Personally, I would use Debian. But then I’m an old software user who has come and prefer a distro that tries not to make changes to the “upstream” code. But I don’t have to give Debian to first time Linux users. Anyone familiar with computing can tell, but Ubuntu and Linux Mint offer an easier and better looking experience.

The same can be said for the base OS and Pop! _OS, both of which are also based on Ubuntu. And if you tend to like Debian, you might find a lot to like about Fedora, another upstream focused project that isn’t based on other distros.