YouTube has gone beyond being a simple video sharing site to become a phenomenon. There are so many more people now watching YouTube than traditional TV.

This means that whether you dream of becoming a YouTube star or just want to share videos with your friends, creating videos for YouTube can be a rewarding process.

However, to create and edit YouTube videos, you need the right tools. And here are the best video editing apps for YouTube.

Adobe Premiere is as close to a household name as you can get when it comes to video editors. It’s so powerful, but so full of features that it might be overkill for some YouTube creators. If you’re looking for a video editor for YouTube, the new Premiere Rush might be a better option. 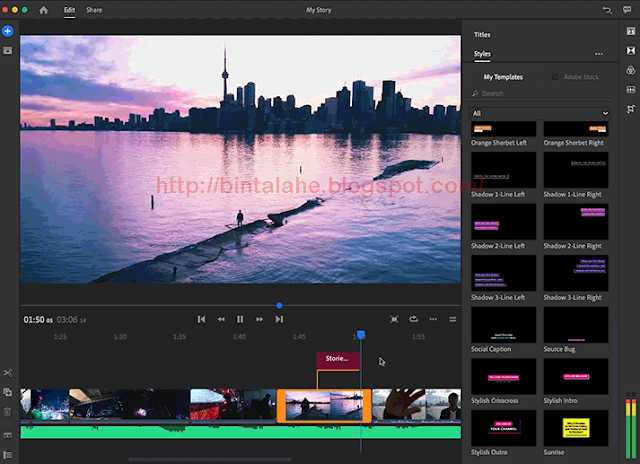 As the name suggests, Adobe Premiere Rush is meant to help you put together videos faster. It has motion graphics templates built in, so there’s no reason to integrate After Effects into your workflow. This is just one of several features that help you get your videos out more quickly and easily.

Premiere Rush is also relatively affordable at $9.99/month. If you want to have Premiere Pro also available, you can bundle the two for $20.99/month.

If you’re just starting out and aren’t familiar with all the editing apps for YouTube, you probably don’t want to spend any money. Simple videos aren’t that hard to put together, so you probably don’t need fancy software. If you’re on a Mac and looking for a simple and inexpensive option, look no further than iMovie, which is free for your Mac. 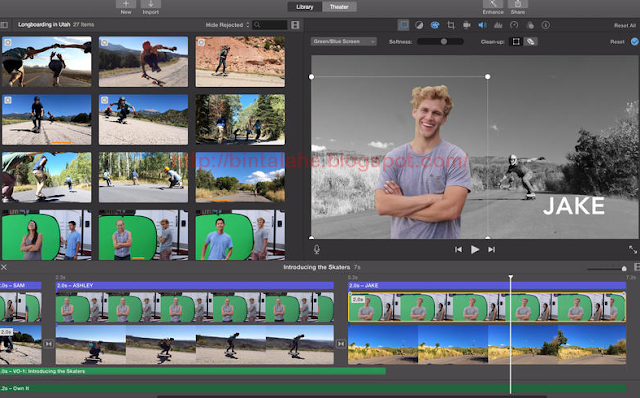 You won’t be editing feature movies with iMovie, but it’s more than adequate for simple editing tasks. It offers more than just YouTube’s built-in editor, which could be all you need.

The options above won’t help you if you’re looking for YouTube editing software for Windows. Windows Movie Maker used to be an option, but you won’t find it in Windows 10. The good news is that Movie Maker Pro offers many of the same features. 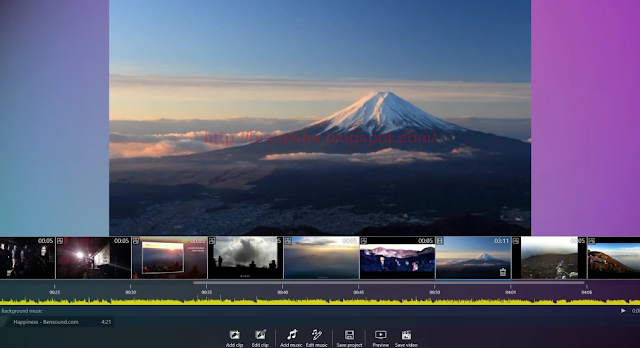 You’ll find Movie Maker Pro on the Microsoft Store, but it’s not a Microsoft app. It’s a free download but does offer optional upgrades. Looking at user reviews, many people are more than happy enough with the free version. There are better options out there, but for the free YouTube editor on Windows, this is a good place to start.

At first, Blender might seem an odd choice to include here. After all, it is mainly known as 3D rendering software. Interestingly enough, Blender also includes a full-featured video editor. This is more than enough to make it one of the best video editors for YouTube, especially if you are interested in 3D graphics. 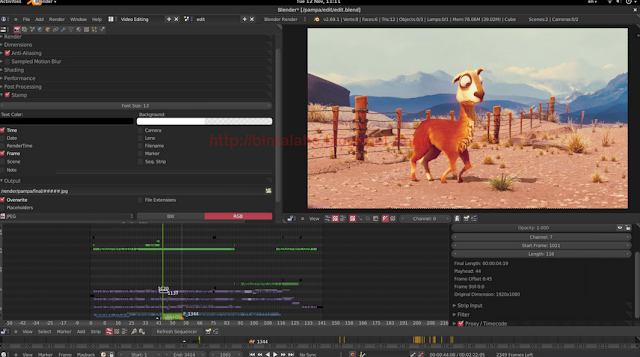 Blender can handle simple video editing functions like cut and splice, but also more sophisticated tasks like hiding. You get up to 32 tracks (known as slots here) for video, audio, images, effects, and more. The app is also completely free and open source, and is available on Windows, macOS, and Linux. 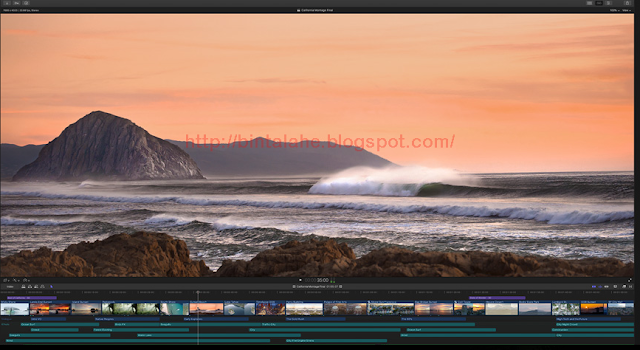 As Mac-only software, Final Cut Pro X leverages features like the MacBook Pro Touch Bar and the Metal graphics API to improve performance. The app isn’t exactly cheap at $299, but it’s no more than what you’d pay for Premiere Rush and Premiere Pro CC for a year. In this case, you’re actually buying the app, so you don’t have to worry about monthly bills.

CyberLink PowerDirector has been around for a long time and has developed a reputation as the go-to app when it comes to video editing on Windows. There’s also an Android version that made it onto our list of the best video editors for Android. If you like the app but don’t like paying for updates, CyberLink PowerDirector 365 brings the Premiere Pro CC monthly payment model to the venerable app. 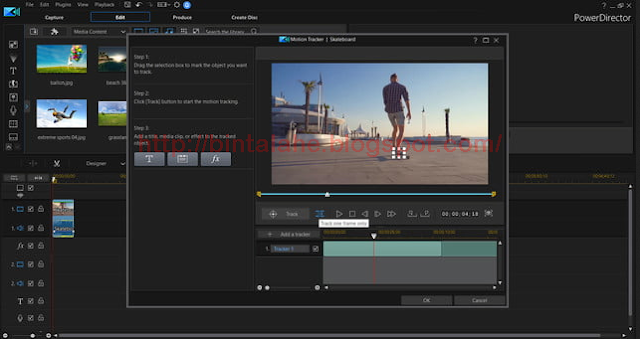 While it may not hold up to offerings from Adobe and similar brands, PowerDirector more than matches the default YouTube editing software. It’s also a familiar interface that should appeal not only to PowerDirector fans, but anyone who’s used a video editor before.

It may have roots as a color grading software for Hollywood movies, but DaVinci Resolve is also one of the best video editors for YouTube. You’ll find tons of features, but luckily, you don’t have to use all of them. What you need to know is that it can edit anything you throw at it, including 4K footage. 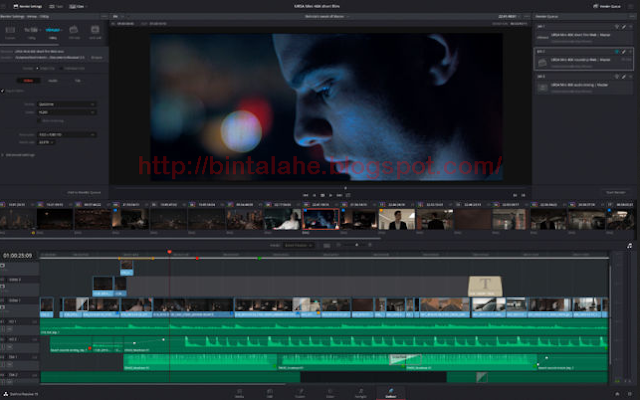 If you decide to upgrade, the full version of DaVinci Resolve costs $299, but you can do a lot with the free version. It’s available for Windows, macOS, and Linux, so it’s a great choice no matter where your platform is.

Another pro editor with a free version available, Hitfilm Express is one of the best video editing apps for YouTube that you will find. Like DaVinci Resolve, it lets you perform just about any editing task you can think of, including editing 4K footage. Hitfilm Express has a more user-friendly interface, so if you’re new to video editing, this might be a better choice. 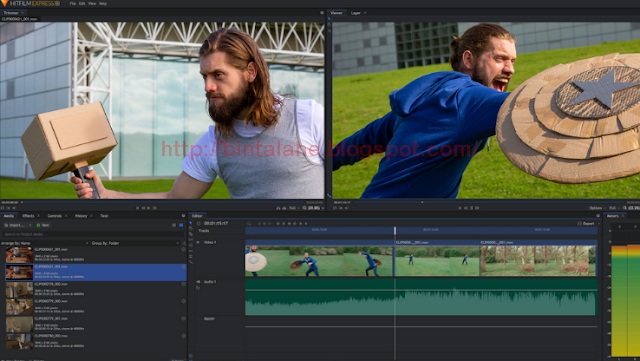 Like Blender, Shotcut is free and open source. Having said that, you can’t really expect the same level of interface polish you’d find in paid apps. That doesn’t mean that this app isn’t very powerful. 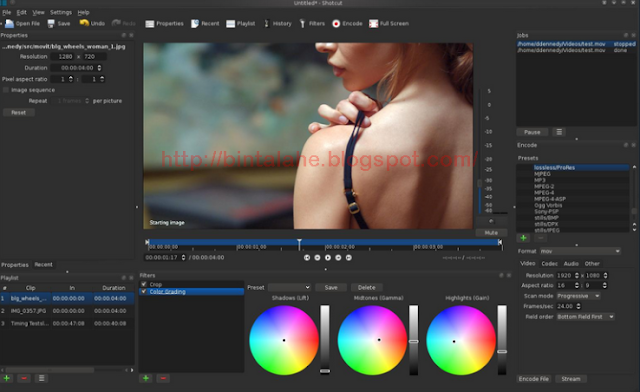 Where Shotcut stands out among the crowd of free editing software for YouTube is the tutorials it offers. When it comes to open source software, this is not always something you can rely on. If you’re looking for a simple and free option on Linux, this is well worth checking out. You might like it on Windows or macOS too, but the competition is much tougher on those platforms.