A good code editor can make a programmer’s life a lot easier, but which one is best for you?

Whether you’re new to programming or have been coding for a long time, you still need reliable and smart code editing tools to build your apps. Fortunately, various third-party code editors and Integrated Development Environments (IDEs) are now available at no cost.

These tools help programmers in many ways and make code management easier for you during development. But which code editing tools are worth trying? Let’s take a look at the current best code editors.

Sublime Text has a compact project management interface that lets you perform multiple development tasks at once. It is one of the most popular cross-platform text editors out there. 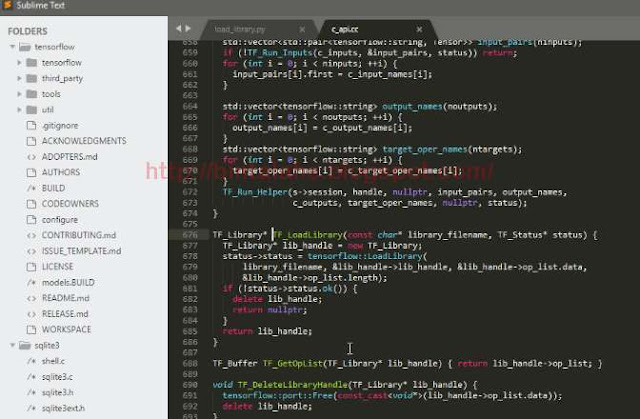 While Sublime Text requires a per-user license fee to get the most out of it, its free trial period has no time limit. This allows you to continue working on your project indefinitely without paying for a license.

Sublime Text helps you code faster, as it comes with built-in code completion and suggestion plugins for HTML, CSS, and JavaScript. It has high-level package control and an API system that supports server-side languages ​​like Python and PHP.

While Sublime Text makes switching between folders easy and offers some smart packages, it doesn’t have the full features of an IDE. However, the free version is the perfect code editor if you’re just starting out with programming.

In addition to being able to switch between lines of code, you can quickly perform multiple line and split edits using the Sublime Text keyboard shortcut.

Atom is one of the most user-friendly open source and cross-platform code editors. This is a GitHub product as well as one best HTML editor for Mac OS. One of the benefits of this text editor is that it is easy to sync with GitHub. 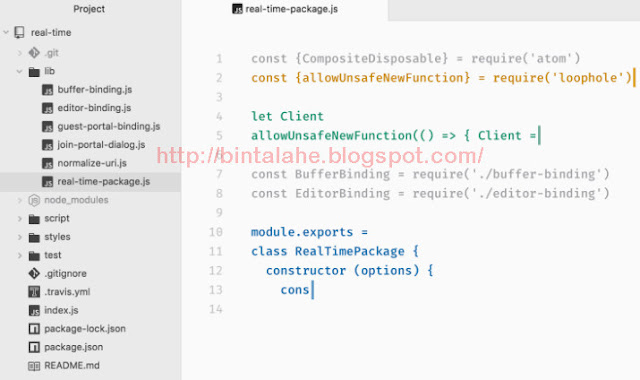 Developing with Atom lets you perform GitHub tasks such as pushing and inserting your code into local or remote repositories, as well as performing other common GitHub tasks with just a click instead of using terminal commands. This can make using GitHub a lot easier for new developers.

Apart from being one of the most popular code editors among developers, Visual Studio Code is lightweight. Also known as VS Code, it is a cross-platform Microsoft product and has features that go beyond a regular text editor. 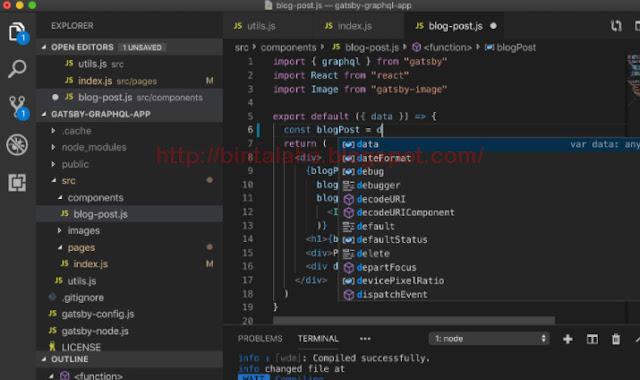 VS Code lets you write your code in an interactive, simple and AI-assisted development environment. It is beginner friendly and offers a streamlined interface for file and folder management.

The app has an integrated command-line interface (CLI), as well as intelligent support for Git. You can also split the screen to view the code editor and CLI at the same time.

With the help of several custom plugins and extensions, VS Code supports many programming languages ​​and frameworks. It also has special features to quickly run and debug JavaScript code.

The built-in live server has an auto-update feature that reloads your browser after you make changes to your code. This allows you to see changes in real time without the need to save and restart the local server.

CodeLite is an open source IDE featuring full support for C, C++, Node.js, and PHP. There are versions available for Linux, Mac, as well as 32 and 64 bit Windows operating systems. 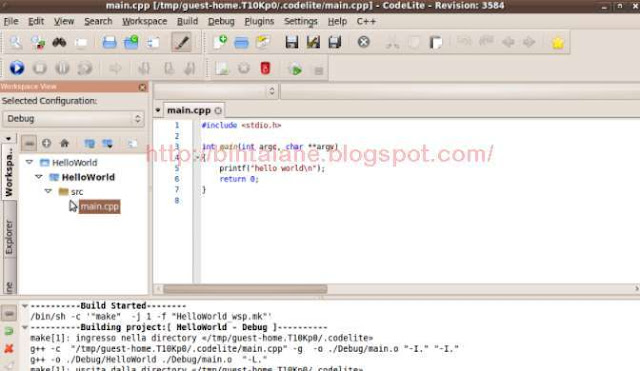 Since CodeLite is an IDE, it creates a more advanced built-in development environment for the languages ​​it supports with the flexibility to expand its scope with custom plugins. Despite its complexity, it is lightweight and easy to use.

The IDE also comes with generic compiler support, interactive debugger, integrator, and code completion. While CodeLite has advanced features that might be a bit overwhelming for beginners, getting started with the surface functionality is easy.

Its workspace and file linking features make unit testing and managing complex projects an easy task. This is an option to consider if you want to get used to the more complex aspects of programming. 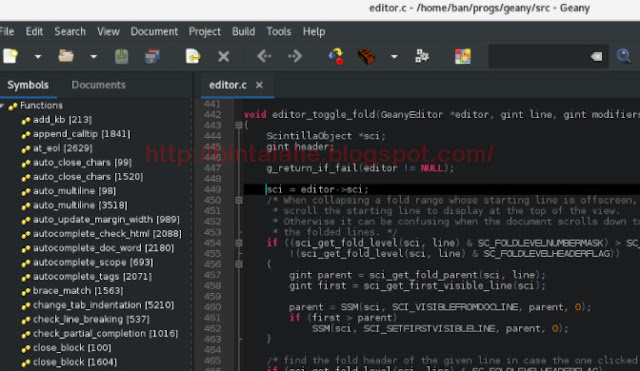 The application works well with various programming languages ​​and has a user-friendly interface. Although it is not an IDE, It is a Gimp Toolkit (GTK) with basic IDE features.

One of Geany’s unique features is how it highlights objects and variables, and displays their values ​​in the sidebar options Symbols. The feature itself makes locating each element of your code easier during debugging or when writing more complex programs.

Code execution with Geany is fast and automatic. The compiler also has a short load time and supports several programming languages ​​including C, C++, C#, Ruby, Pascal, Python, and Java.

Primarily known as a smart development environment for Python with strong support for the R programming language, Pycharm also offers a great platform for many other languages. The community version of Pycharm is open source and supported on all operating systems. 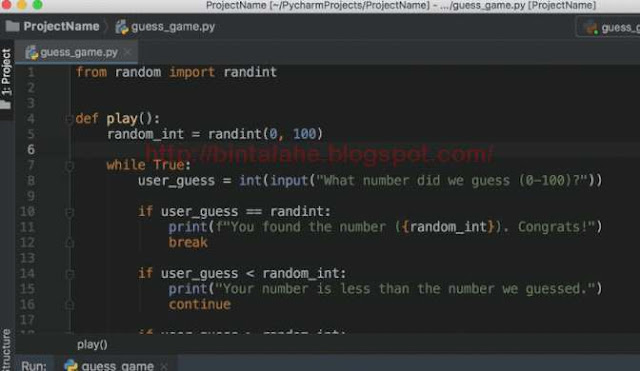 Pycharm works well with virtual coding and helps develop serverless applications with its AWS tools. You can also install and activate the Vim emulator to access the add-ons and language support provided by the regular version of Vim.

The IDE uses smart and efficient code completion technology to help developers write code faster. Pycharm comes with a built-in virtual environment tool to manage Python dependencies with one click. However, its support for Python and R, as well as its data science frameworks and packages are Pycharm’s main strengths.

Notepad++ is a source code editor, and is one of the oldest editors. It was originally designed for Windows, but is now available for all platforms. It has some modern features like code autocompletion and highlighting for about 80 programming languages. It is an excellent tool for editing markup, writing code, and comparing files. 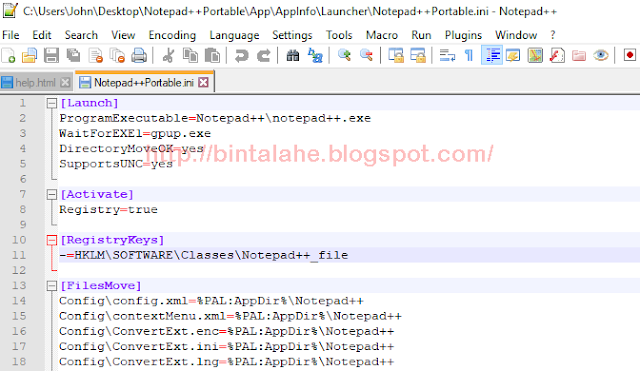 One of the unique features of Notepad++ is its constant updating, which brings new features to enhance its functionality.

This editor is very lightweight and requires very little runtime memory. This makes it a fast and sleek application for multiple OS platforms, including Linux, Windows, and Mac.

Notepad++ also includes search and search functionality that makes it easy to search for tags and different types of code syntax. This makes it an excellent debugging and code editing tool for beginners as well as advanced developers.

Komodo IDE is a highly customizable cross-platform and open source IDE. It has a powerful programming tool profiling system that detects, associates with, and deploys third party packages on your PATH environment variable. 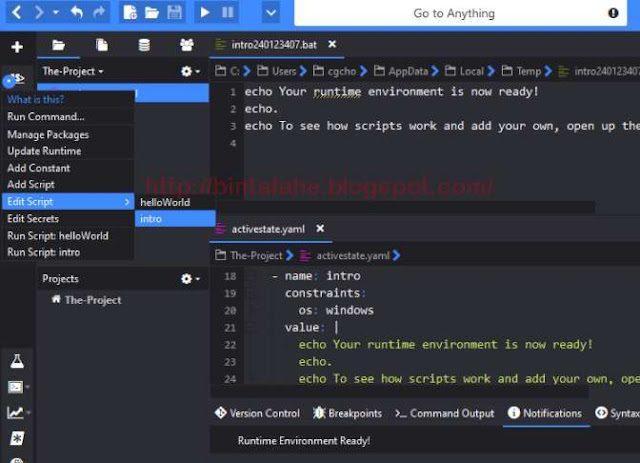 It has an optional virtual runtime environment that allows you to write code in real-time and share it with others. One of Komodo’s unique features is its support for multiple frameworks across multiple programming languages.

Komodo gives you the option to choose your preferred version control system, and initialize a local repository for your project. The IDE also comes with a built-in lightweight database connector to simplify the technicalities for beginners.

Brackets is a minimalistic code editor written in JavaScript. The inline editing feature allows you to make focused edits on selected elements of your code. 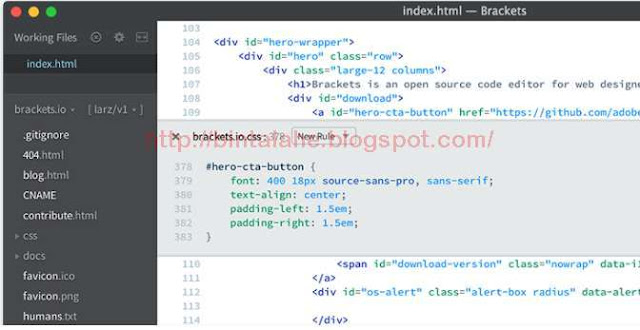 Brackets editor is the perfect tool for ront-end web development. It comes with extensive support for JavaScript, HTML, and CSS.

The editor is cross-platform, open source, and offers a simple coding interface for beginners. The Brackets editor has a DevTool connector that allows you to use Chrome DevTools without opening the Chrome browser.

There are many code editors out there that offer a variety of different tools for developers. We just mentioned a few that are free and easy to use for beginners.

These tools just make writing your code and linking your files easier. They will not affect the output of your program in any way. However, these tools are worth taking advantage of because they can help you with your workflow while working to improve your code.