Want to prank your friends? Use this Android prank app to fool them and laugh.

For a new way of having fun, why not try pranking your friends using an Android app? Apart from the comedic effects, some of these prank apps also prove to be useful.

Let’s take a look at some Android prank ideas you can play with your friends, and the apps that make it possible.

WhatsMock is a customizable fake chat app that mimics the real WhatsApp. Its sleek interface gives you easy control over how your unsuspecting friends view your prank chats. 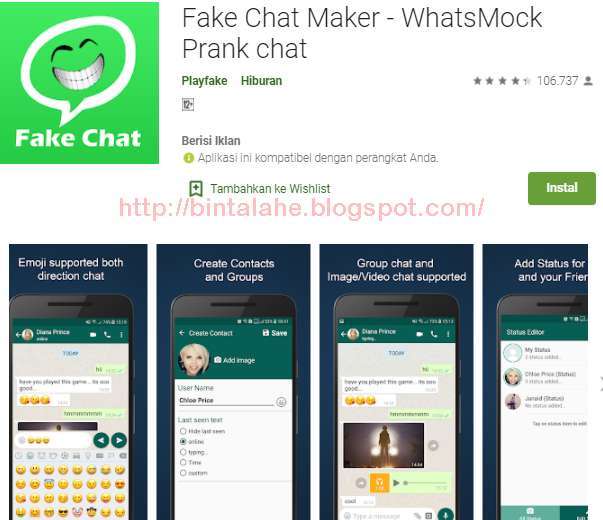 The name of the app appears in your chats for legal reasons, and doesn’t disappear even if you buy the pro version. However, the brand name is small enough that it’s not easy to spot – especially when you turn on dark mode. For extra disguise, you can edit the brand name with an image editor before sending a screenshot of your fake chat.

You can even customize the encrypted text on new chats; and if you like, you can set it to the default WhatsApp encrypted text. Your ability to prank your friends with fake statuses, as well as fake scheduled or instant WhatsApp voice and video calls make this the perfect way to do some action with your Android device.

With the changeable app name on the home screen, faking the WhatsApp interface has never been so real. So go ahead and start your imaginary chat, control the conversation, take screenshots and share with your friends to see their reactions.

Here is a fake Android version of the lie detection algorithm. While some lie detector prank apps require your friend’s presence to enjoy the fun, this one doesn’t always need anyone. 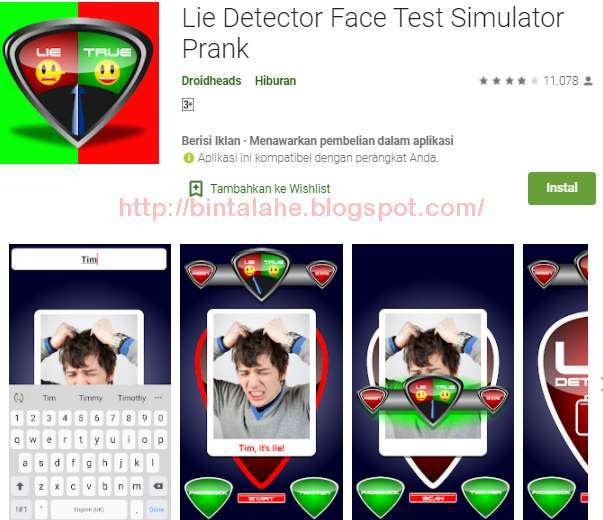 This makes it one of the best pranks to play, especially if you’re having a stressful day. To use it, you just need to scan your friend’s face while asking something. If the other person is not physically present, they can post their current facial expression via social media chat.

The trick is that by pressing the volume button of your Android device, you can control the scan result. Combined with sharing the results via social media, playing pranks with a “lie detector” via chat becomes hilarious. The sound that accompanies the app also adds to its odd effect.

A cracked screen is a frightening sight for any smartphone owner. So to surprise your friends, broken screen prank is perfect. 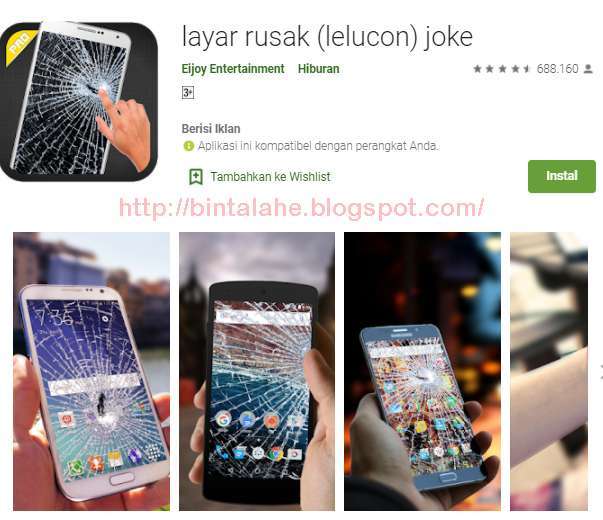 Even though the upholstery broken screen app (joke) features cracked screen and fire options, the cracked option stands out. It has an effect that you can choose to reflect the severity of the “damage”.

These options, especially the on-screen ink effect, will look terrible to anyone who loves their device’s screen. You can also choose whether to apply a crack when you touch the screen or shake your phone.

While the prank app Stun Gun Simulator obviously doesn’t surprise anyone, it still mimics the look and sound of a real stun gun. This makes it an effective prank to play on anyone, because they definitely don’t want to be stunned. 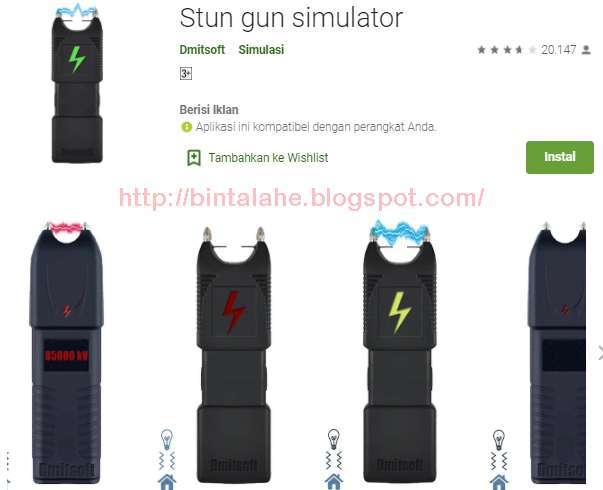 The simple interface of the app lets you choose the effect you want. When you long press the big stun image, your phone will emit a stun sound which is synchronized with your phone flashlight.

Fake Call Prank app has many features that make it one of the most misleading calling pranks available. If you’ve ever been in a situation where you needed to make a life-saving call, installing a fake call prank app on your device actually proved useful too. 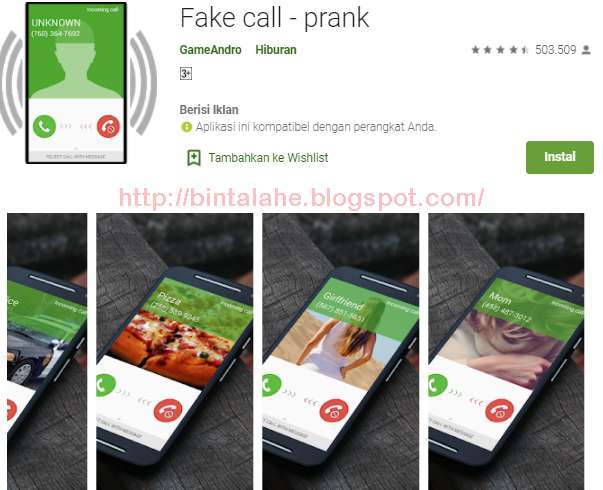 When you open the app, the options Caller allows you to customize the name and number of the person “calling” you. You can also make instant calls in dire situations. However, a smarter way to play your prank is to schedule a call with options Schedule. Even if the time frame isn’t very flexible, you can still manage your time without your friends suspecting a deliberate act.

Option Voice allows you to record notes to use during calls. And you can choose a default ringtone or choose from your music gallery to make it look more realistic.

Fake Call Prank simulates a proper call interface by giving you the option to accept or reject the call. And when you receive a call, the timer goes off just like a real phone call.

The voice changing effects of this app make it immediately obvious that it’s a joke, but that’s part of the fun. The home page displays options that allow you to record audio or open an existing audio file from your device. 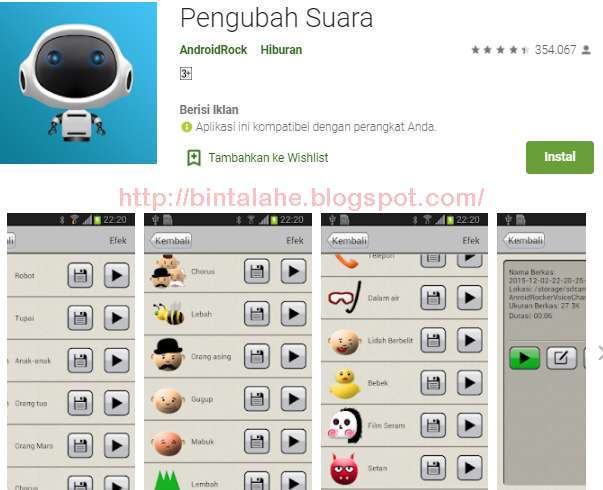 With all the sound profiles to choose from, you can turn your voice into a goofy tune. All you need to do after selecting or recording your audio is to choose from the various sound types available.

Once you find a sound you like, you have the option to save it and share it with friends on any social media platform you like. And options Saved audios on the home screen gives you access to existing voice notes too.

The Ghost in Photo Prank app is a great way to have fun around Halloween. It has a 3D effect to give the captured photo an eerie look. 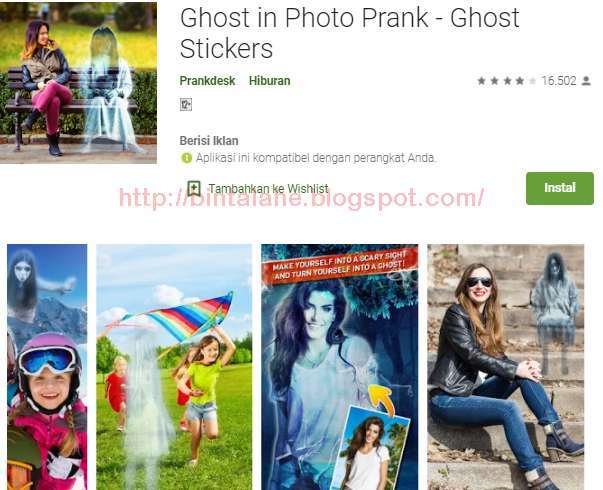 The camera interface lets you select multiple ghost stickers for a single photo and place them wherever you like. You can also take photos instantly or choose from existing ones. The app’s home screen has lots of options you can play around with ghost options are a great way to start.

When showing ghosts in a room, the character’s 3D effect blends well with the background. And you can also switch stickers to cartoon ghost mode if you want.

Nobody wants an unexpected haircut, especially from a novice barber. Hair Clipper Prank uses sound and vibration effects for a realistic feel when you activate the clipper switch. 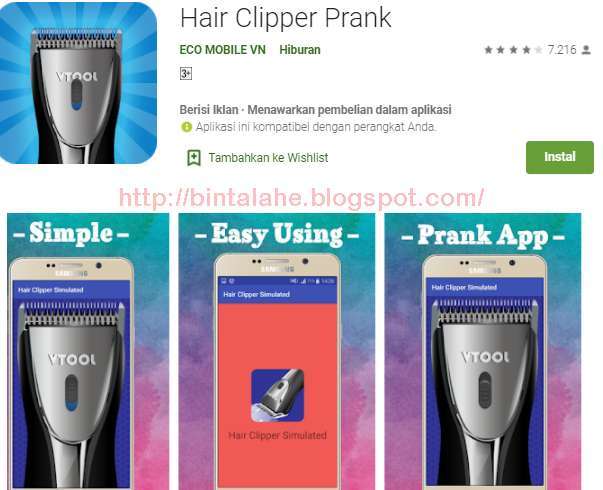 When you click the button Play on the home screen, a large image with a switch appears. Turn the switch on or off and hop on your friends to make them think you’re getting their hair cut even though of course the app doesn’t do that.

The music logo in the top right corner of the page lets you change the trim sound as well.

The Fight Editor app is the perfect choice if you want to improve your jokes. This allows you to fake injuries from accidents or fights. 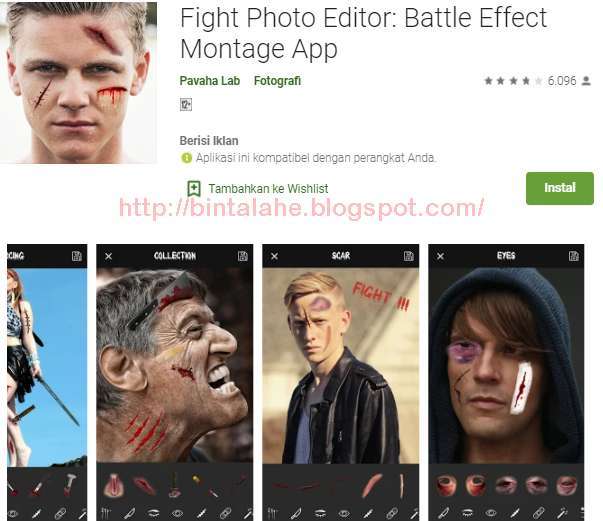 The app interface lets you select a photo from your gallery or take a new one. After that, the editor displays different levels of injury effects that you can apply. And the stickers look so real they will surprise anyone who sees them.

After editing your photo to make it look exactly how you want it, you can then share it with your friends via social media to scare them off. Come up with stories about your struggles for maximum results!

While most prank apps are pretty simple, they’re a great way to have fun and catch your friends off guard. Some of them may be useful for reasons other than jokes as well, so they are useful to keep.