As a Windows user, the Control Panel and Settings app feels very limited in what they can do. If you want complete and absolute control over your network, which means access to all the operating system has to offer, then you should start using the Command Prompt.

Never used Command Prompt before? Do not worry. Using it is as easy as typing the command you will see below.

If you’re ready to move on, here are some of the most useful network commands to know for managing and troubleshooting your home network.

ping is one of the most basic yet useful network commands to use in command prompt applications. It tells you whether your computer can reach some destination IP address or domain name, and if it can, how long it will take for data to travel there and back again.

This command works by sending multiple data packets and seeing how many of them come back. If some of them don’t come back, it will notify you (“missing”). Packet loss leads to poor performance in gaming and streaming, and it’s a great way to test.

By default, it sends 4 packets, each waiting 4 seconds before timeout. You can increase the number of packages like this:

And you can increase the timeout duration like this (the value is in milliseconds):

tracert stands for Trace Route. Like ping, it sends data packets as a way to troubleshoot any network problems you might have, but instead tracks the route of those packets as they move from one server to another.

The command displays a line-by-line summary of each hop, including the latency between you and a specific hop and the IP address of that hop (plus the domain name if available).

Why are you seeing three per-hop latency reads?

The tracert network command sends three packets per hop to cover packet loss or slowdown. Keep in mind that it does not represent your actual latency. It’s best practice to average all three.

pathping similar to tracert except it’s more informative, which means it takes longer to execute. After sending packets from you to a specific destination, it analyzes the routes taken and calculates lost packets on a per-hop basis. 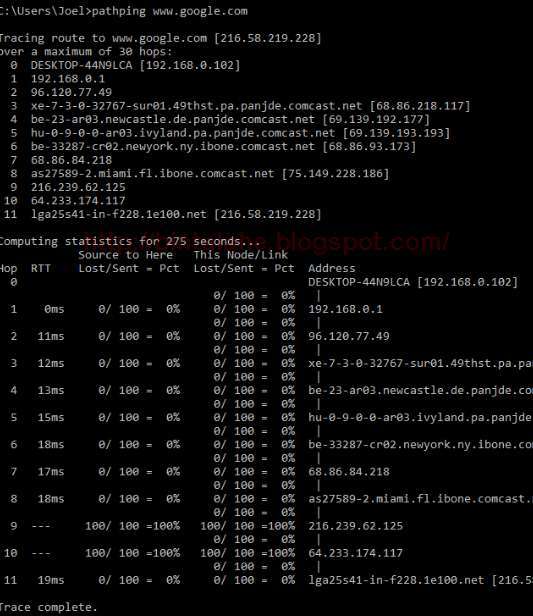 ipconfig often appears as the most used network command in Windows. Not only is it useful for the information it provides, but you can combine it with multiple switches to perform specific tasks. 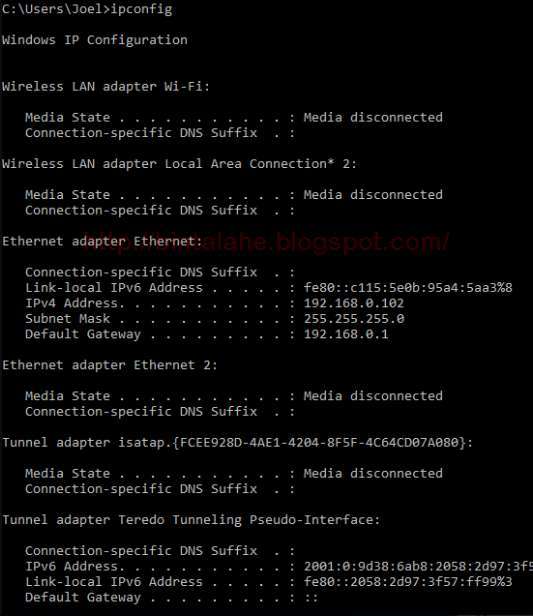 The default output shows each network adapter on your system and how they resolved them. The IPv4 Address and Default Gateway details under the Wireless LAN Adapters and Ethernet Adapter sections are the most important to know.

Use this switch to clear your DNS cache:

Each device that complies with the IEEE 802 standard has a unique MAC (Media Access Control) address. The manufacturer assigns the MAC address and stores it on the hardware of the device. Some people use MAC addresses to limit which devices can connect to the network.

You may see more than one MAC address depending on how many network-related adapters are on your system. For example, Wi-Fi and Ethernet connections will have separate MAC addresses.

nslookup stands for Name Server Lookup. It packs a lot of power, but most users don’t need that power. For ordinary people like you and me, the main use is to find out the IP address behind a particular domain name.

Note that certain domain names are not tied to a dedicated IP address, which means that you may get a different IP address each time you run the command. This is normal for larger websites as they spread their workload across many different machines.

netstat is a tool for network statistics, diagnostics, and analysis. It’s powerful and complex but can be quite simple if you ignore the advanced aspects you don’t need to know about (assuming you don’t manage a massive business or campus network, for example). 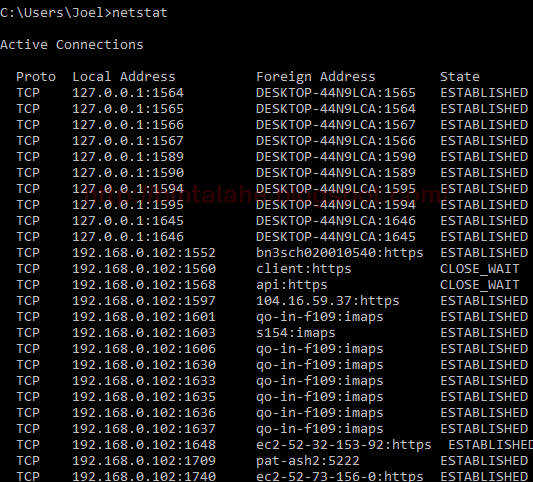 By default, this command shows all “active connections” on your system whether they are on LAN or on the internet. An active connection doesn’t mean a data transfer is taking place – it could mean a port that’s open and ready to accept connections.

Indeed, netstat is mostly useful to casual users because of its ability to display port information, and it can come in handy when you need to forward ports.

But the command also has about a dozen switches that change what kind of information is displayed, such as the -r switch which shows the routing table.

netsh stands for Network Shell. This is a cmd command for networks that allows you to view and configure almost any network adapter on your system in more detail and detail than the previous command.

Running the netsh command itself will shift the Command Prompt to network shell mode. There are several different “contexts” in this shell, including one for routing-related commands, one for DHCP-related commands, and one for diagnostics, among others. But you can use it to run individual commands too.

To see all network shell contexts: 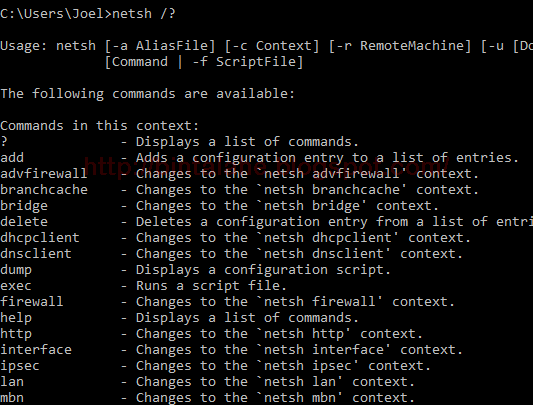 And to see all commands in context: 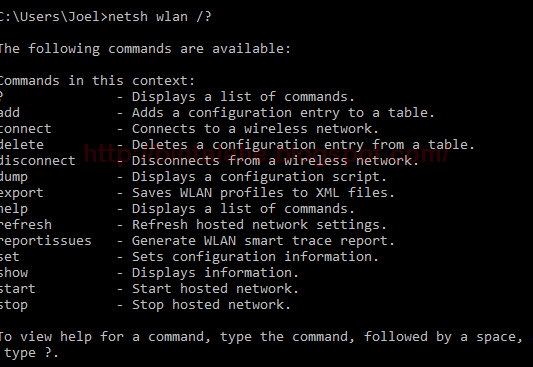 You can drill down one more layer to find all the sub-commands within those commands: 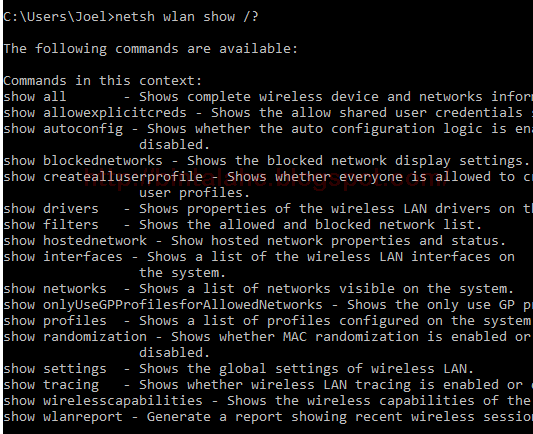 So for example, you can run this command to see all the wireless network drivers on your system and their properties:

Network Shell is complex enough to get the whole article on its own. Just know that if you want to get real technical with your network configuration, you should probably use this command line utility.

Network Commands and Other Network Solutions

For anyone new to Windows network commands, the cheat sheet is useful. With a few references, you can use various cmd commands to gather information on your network, wi-fi, and the Internet. Still, while it’s useful to always know your options, you may want an alternative.