Whether you speak English as a second language or frequent foreign websites, you may want to know how to translate text on your iPhone or iPad. There are many options at your disposal, most of them relying on third-party apps.

Use the methods below to make your iPhone translate text messages, websites, emails, or even someone’s voice. You should not believe this translation blindly; they are created by algorithms and may contain errors. But for the most part, they are pretty accurate.

The Google Translate app is the closest you can get to turning your iPhone into a universal Star Trek translator. It works with more than 100 different languages, many of which are available offline. You can use it to translate text, handwriting, speech, and even real-world objects thanks to your iPhone’s camera. 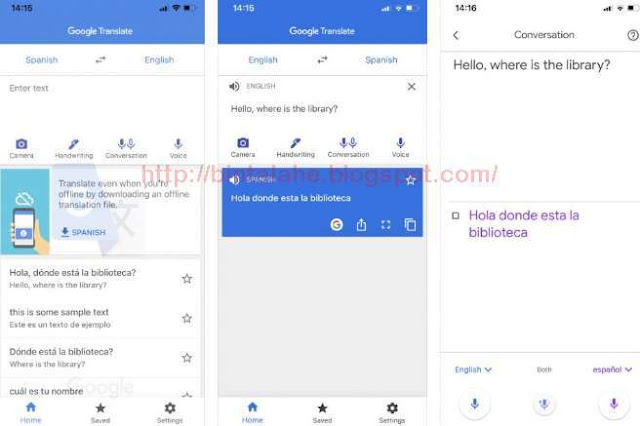 Like all Google products, Google Translate is completely free, with nothing hidden behind a paywall. However, you should consult Google’s privacy policy if you are concerned about Google collecting personal data from your translations.

Gboard is a Google keyboard that you can install on iOS or iPadOS. This includes built-in access to Google search, Google Maps, YouTube and more. You can also use it to access Google Translate from your keyboard in whatever app you use. 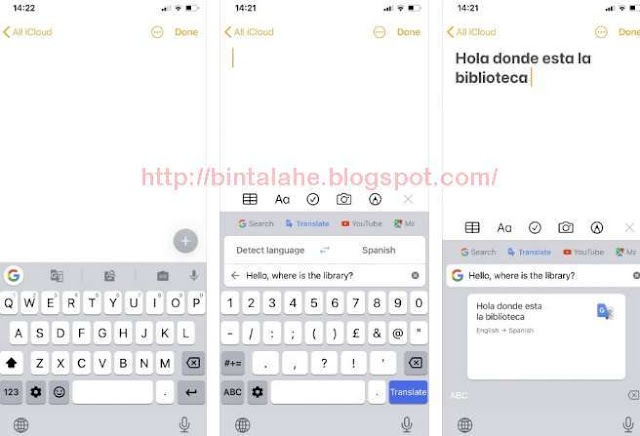 This is a simplified version of Google Translate that lets you type or paste text to translate into any language. There is no option to use handwriting or speech translation on Gboard.

For an easy way to translate text messages on your iPhone, Gboard is great. This lets you type what you want to say into the translation page on the keyboard. Or, copy an existing message and paste it into Gboard to translate it without sending anything.

After downloading Gboard from the App Store, you will need to grant full access to your iPhone for everything to work properly. open Settings > Gboard > Keyboard and activate Allow Full Access to do it.

The next time you open the keyboard on your iPhone, tap and hold the icon globe to choose Gboard from your available keyboard. Then tap the icon Translate to open the translator.

When you load a website in a foreign language, Google Chrome automatically offers to translate it to your native language. All you need to do is tap on the language you want to use at the bottom of the screen and all the text is translated in an instant. 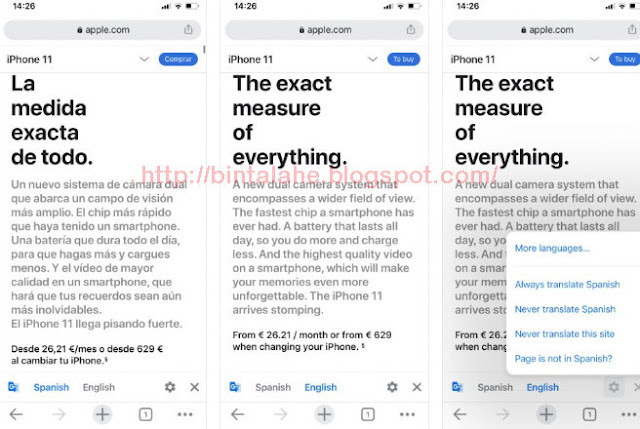 After selecting your preference once, Chrome automatically translates websites between the two languages ​​in the future. This way, you can continue to browse unfamiliar sites on your iPhone, and Google Chrome will translate them without you even knowing it.

To view your translation settings, tap the button More (…) in the lower right corner and go to Translate. Then tap Gears to choose between different languages ​​or decide if you want Chrome to automatically translate in the future.

iTranslate offers the same features as Google Translate. The main difference is that many of the features are locked behind a subscription. We included it on this list though this is because iTranslate offers a better keyboard, making it faster and easier to translate your iPhone text messages. 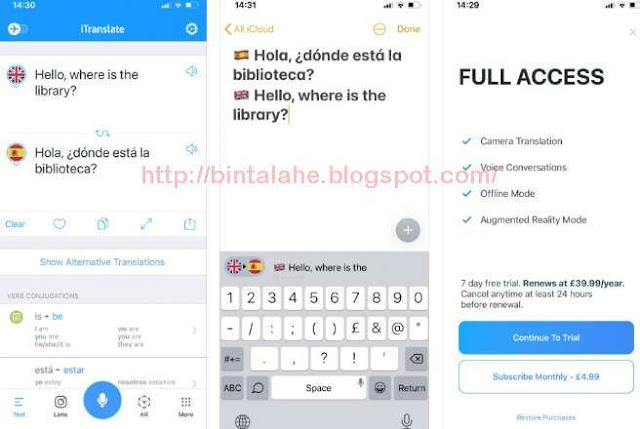 You can take iTranslate for free and use it to translate text in over 100 languages. With a premium subscription, you can also translate using the microphone and camera on your iPhone.

After installing the iTranslate keyboard app, go to Settings > iTranslate > Keyboards and choose for Allow Full Access. Next time you open your iPhone keyboard, tap and hold the icon globe and select iTranslate from your available keyboard.

Type into the iTranslate keyboard and tap Green Arrow to translate it into the language of your choice. Or, copy some text and tap the icon Bubble Speech to see a quick translation.

You can also choose to send text messages in two languages ​​from your iPhone. This makes it possible to reread through conversations in any language. To activate this feature, go to iTranslate and go to More > Keyboard. Then tap on options Flag + Translation both languages.

For quick one-way translation, Siri is the best choice. Either use “Hey Siri” or hold down the button side (or button Home if your iPhone has one) to activate Siri. Then ask how to say something in a different language. 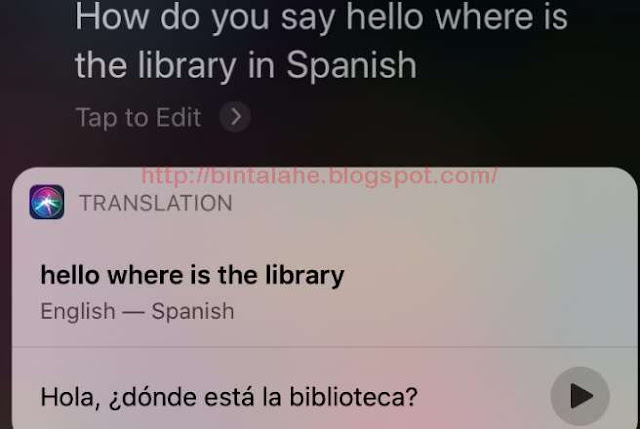 Siri displays your translation on the screen with the button Play available if you want to hear it out loud. With Siri, you can translate between 11 languages, including English

Unfortunately, Siri can’t translate other languages ​​to English, so it’s not a good choice if you’re trying to have a conversation in another language. However, it’s a good way to let someone know that you don’t speak their language.

With the release of iOS 14 in fall 2020, Apple will introduce the Translate app to iPhones. 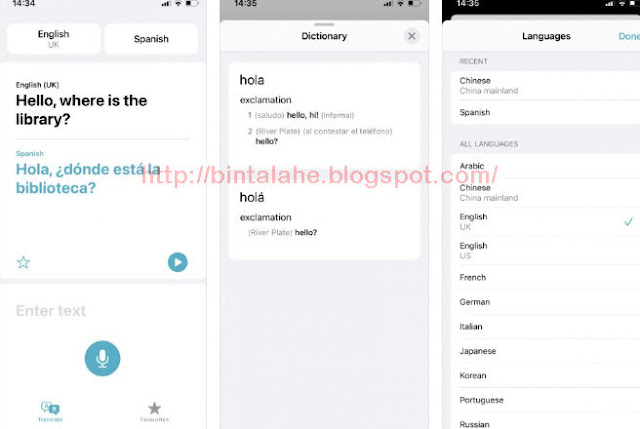 The Apple Translate app features a minimalistic design that lets you focus on the translation itself. This is a great app to use if you’re trying to have a conversation with someone, especially when you’re changing the landscape of your iPhone to enter conversation mode.

In conversation mode, Translate shows a different language on each side of the screen. There is one button Microphone, which uses automatic language detection so it doesn’t matter who is speaking. You can also tap Play to hear the translation aloud or use the button Full screen to display large and clear translations for people to read.

While the Apple Translate app looks great and is easy to use, it only translates between 11 languages, including English. Fortunately, all of them are available to download for offline use.

Along with the Translate app, Apple is also planning to add a translation feature to Safari in iOS 14. Again, this software update is slated for release in September or October of 2020. 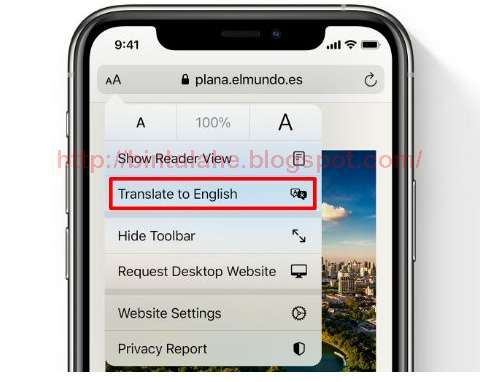 When you visit a foreign website in Safari, you will see the Translate icon appear in the address bar. Tap this icon to translate the website to your native language. Safari keeps translating the page as more content loads, so you can forget about it and keep scrolling down the page.

A further limitation is that Safari webpage translations are only available in the US during the beta phase.

If you’re not satisfied with the options above, maybe you don’t like the user interface or a feature that doesn’t offer what you need, check out the list our best mobile translation app.