Windows 10 is arguably Microsoft’s most important version of Windows since Windows XP. However, Windows 10 is not perfect. Cortana is annoying, the way settings are controlled is confusing, mandatory updates can cause problems, and things look half-baked, Here are some of the most glaring annoyances on Windows 10 in my personal opinion. 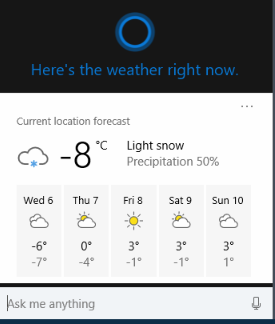 We expect Cortana to appear in other locations, including more regions in Europe and in Africa.

Updates Forced Against You

We got it Microsoft; software update required. Unfortunately, it’s not always the ideal time to install these updates. With Windows 10, Microsoft has made it nearly impossible not to update. Windows 10 Home users, in fact, have no choice but to accept and install all security and feature updates that Microsoft releases, per Windows EULA. Windows Pro and Windows Enterprise users can delay the installation of updates, but not forever. 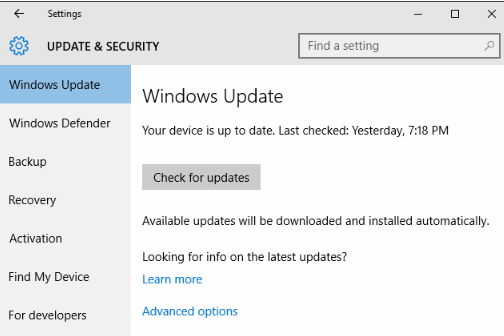 The problem here isn’t the installation of software updates, it’s the loss of flexibility. And remember how System Restore was turned off by default in Windows 10? That problem can play a very big role when Microsoft sends out mandatory updates full of problems. With System Restore turned off, you may have to wait for another update before solving the problem.

As we described earlier, while you can’t prevent certain updates from being installed, you can still manually uninstall certain Windows 10 updates. Additionally, you can upgrade to Windows 10 Professional, perhaps with a free Windows 10 Pro key from Microsoft, which gives you more flexibility when installing updates.

On Windows 10, Microsoft tries to access the settings. In the new Settings app, you’ll find a place to access and change many of your most frequently used Windows settings. Unfortunately, you still have to jump into the Control Panel to change certain settings. 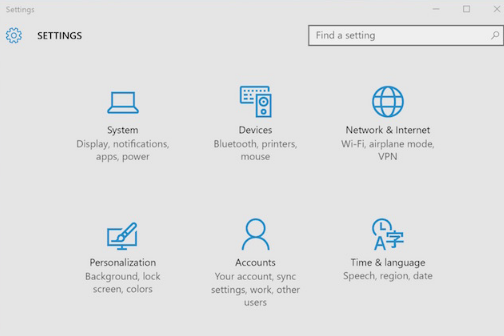 More confusing: sometimes you have to use both locations to make changes. For example, you can change your Wi-Fi connection in the Settings app. However, you must visit the Control Panel to manage your network adapter settings.
Thanks For Visit

In Windows 10, Microsoft forced us to install the latest drivers that the company thinks will work with your computer. In other words, Microsoft will continue to install its drivers on top of your custom one when given the chance.

While there’s still a “Do you want Windows to download driver software” setting buried in Windows 10, many users are reporting that it’s not working. Instead, users can download a tool from the Microsoft website that will block individual driver updates.

Few things are more annoying than a computer when it’s not working properly. This kind of situation is when System Restore kicks in. First introduced as part of Windows ME 15 years ago, System Restore tracks software installations, driver changes, and software updates. Thus, it allows users to restore their PC to a previous state, when necessary. Despite the importance of System Restore, this feature is turned off by default. 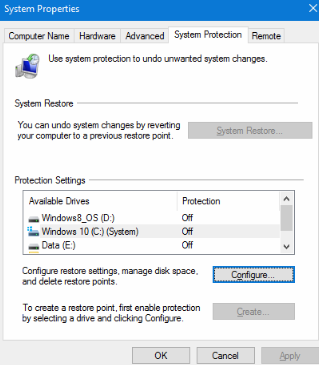 More troublesome: Microsoft has lowered the interface for enabling and managing System Restore to the old Control Panel screen. All of this can be frustrating for the people who need System Restore the most; people who don’t understand computers.

To find the System Restore confirmation window in Windows 10, simply do a search through the Start Menu and select the “create restore point” result to go directly to the respective window. Alternatively, right-click the Start button and go to Control Panel > Recovery (set display with : to small icon) and select Configure System Restore. For more

The same goes for the exceptions to the older versions of Hearts, Minesweeper, and Solitaire in Windows 10. These exceptions are nothing new, as each one happened with Windows 8. However, many continue to get annoyed about it. The Hearts and Minesweeper version is available in the Windows Store. To appease Solitaire users, Microsoft has added a “Solitaire Collection” app in Windows 10. It’s not the same version many of us grew up with, but it’s fun nonetheless.

In recent years, software developers have moved away from skeuomorphic designs and have instead focused on taking a more minimalist approach. The people in charge of folder display in Windows 10 don’t seem to get the memo. Like in Windows 7 and Windows 8, folders in Windows 10 look 3-dimensional, which is outdated. And the yellow hue is old too, 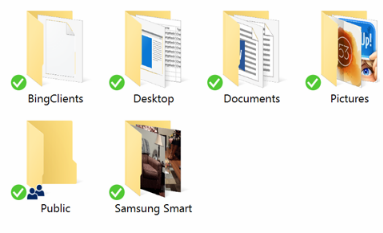 There are a few additional Windows 10 annoyances, including questionable Wi-Fi Sense and the lack of OneDrive Smart Files. And, of course, the oddity of skipping the “Windows 9” name for Windows 10.