Today, there are more ways than ever for artists to get music into the ears of their fans. However, the wide range of services can also create problems how do you keep up with new music releases when they can appear in so many different places?

A few decades ago, all you needed to do was subscribe to a music magazine and listen to the radio every day, but today it’s not so simple.

Fortunately, there are many ways to stay up-to-date on new songs and albums from your favorite artists. With that in mind here is a new music website worth bookmarking.

The Music Ninja doesn’t care about Justin Bieber’s latest release or Miley Cyrus’ latest album. Instead, it focuses on new content from lesser-known and up-and-coming artists. 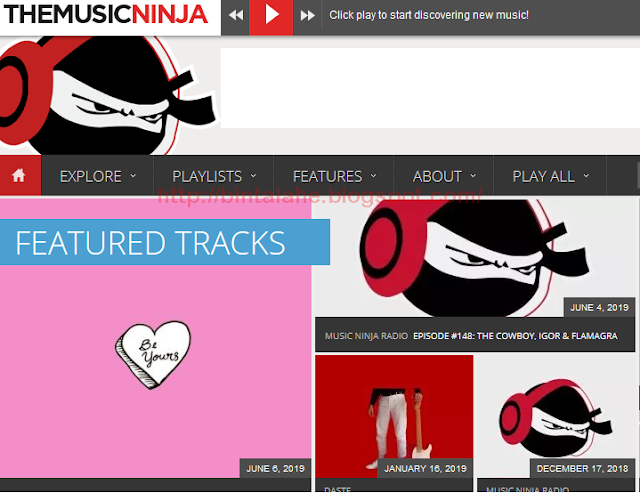 Most of the site’s recommendations revolve around four main genres: electronic, indie, hip-hop, and folk. Ninja Musik publishes regular playlists and often has new feature tracks — all of which aim to introduce you to bands you may not have heard of. Each song in the playlist comes with at least a few sentences describing the artist and the song.

You can download most featured tracks for free. Anything that doesn’t offer a free download can be purchased directly from the site.

Pitchfork is a large-scale music website that includes everything from interviews to exclusive video content. If you want to discover new music, go to the “Best New Music” section. 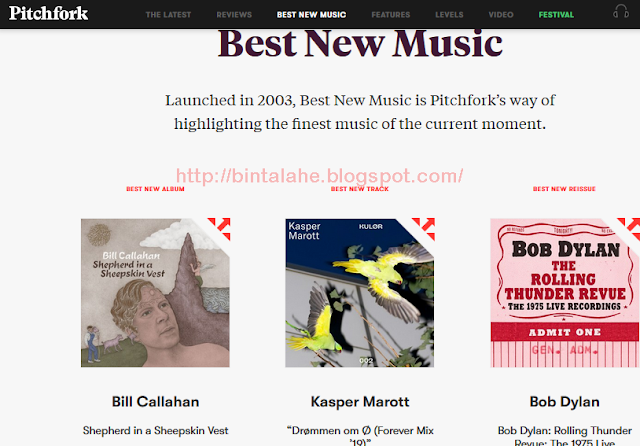 It has the tagline, “Highlighting today’s best music,” and it definitely delivers. There are three sections: “Best New Album,” “Best New Song,” and “Best New Reissue.” Each section has an overall winner, but dive a little deeper and you can find a short list with hundreds of entries. You can play multiple tracks directly from the website via the SoundCloud info. This all combines to make this site one of the best places to find out about new songs.

Pitchfork updates selected content on a rolling basis, but only updates the overall winner every few weeks.

If you prefer mainstream music, visit the official Billboard website. The company was founded in 1894, and has grown to become the definitive voice in record sales in the United States. 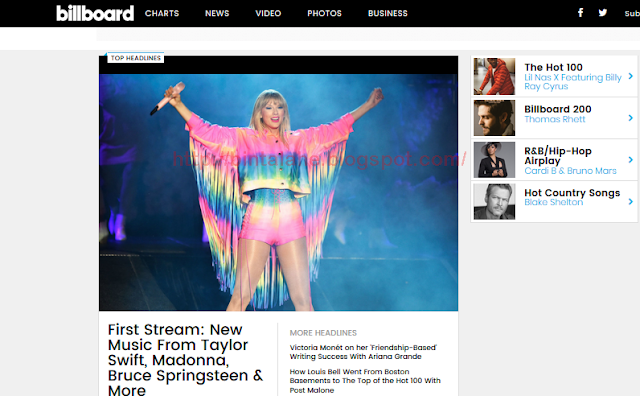 If you want to see what’s popular or trending, look no further. This website includes the Billboard 100 (single) and the Billboard 200 (album). You can play a snippet of the song through this site, or click the Spotify info to listen to the full track.

You’ll also find some new charts and themed content for Christmas, Halloween, and other holidays.

If searching through an endless list just to find new music before it’s released seems like too much work, you need to check out Beathound. 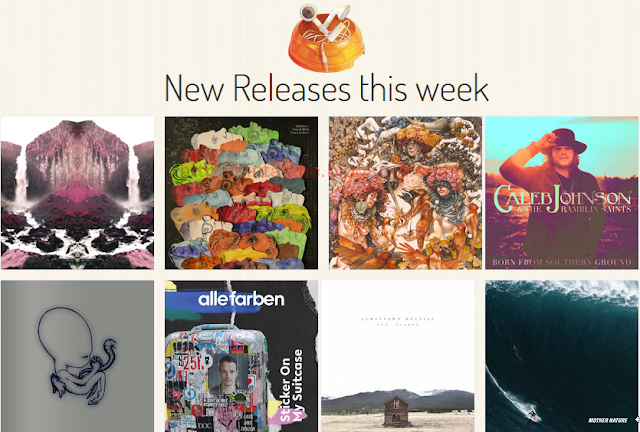 The site grew from the embers of the defunct Music-Alerts.com, but is far more powerful than its predecessor. Simply put, it lets you upload your iTunes XML file, then sends you a list of all the new releases it thinks you’ll be interested in.

Unfortunately, at the time of writing, the site only supports iTunes. If you’re using one of the many iTunes alternatives or relying on a streaming service like Spotify, you’re out of luck.
Spotify New Music

Despite using the Spotify name, Spotify New Music is not affiliated with any streaming service. 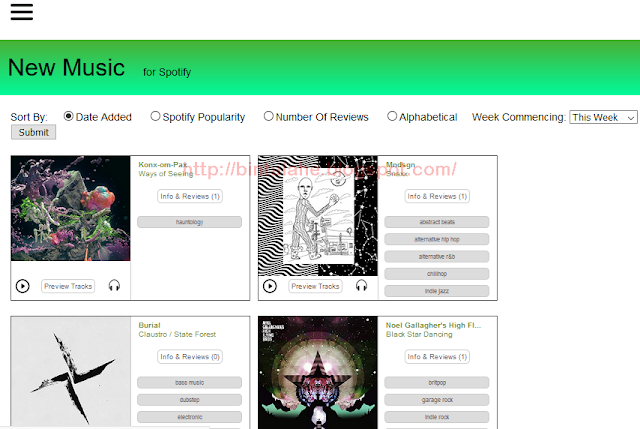 Nonetheless, it is a fantastic resource. Tell the site which country you live in, and it will list recently released songs or albums that are also available on Spotify in your area.

Like some of the other sites on this list, AllMusic offers more than just a list of new releases. However, the new music section is in a class of its own. 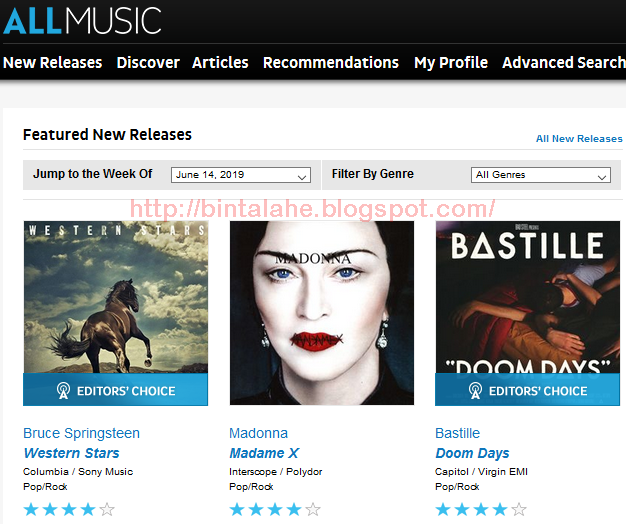 This section is divided into three distinct areas: “Featured New Releases,” “All New Releases,” and “Editor’s Choice.” You can filter each section by release date, genre, and record label. Featured sections include written reviews, AllMusic ratings, and user ratings.

Each note has a info to an Amazon listing, but there’s no native way to preview the content.

Just-Released Music Video playlist created by YouTube. It features new songs from the world’s biggest artists, so it’s not the place to find a niche or lesser-known artist. 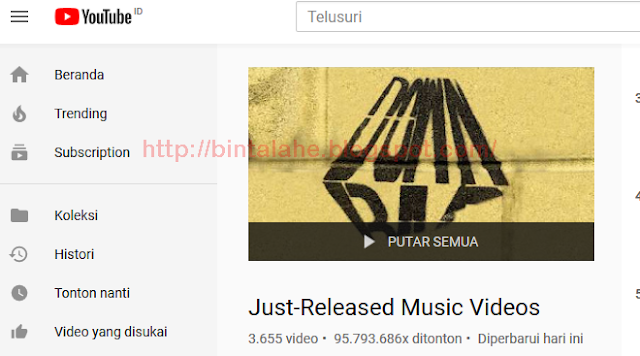 YouTube updates the list daily. At the time of writing, there are more than 3,500 videos in the playlist and users have watched them more than 95 million times.

Remember, there are many free services that allow you to convert YouTube videos to MP3 files, so you can add them to your collection. However, the legality of doing so is highly questionable.