Satellite phones are essential for keeping in touch with the world when there is no regular telephone coverage. They are ideal for anyone from weekend adventurers to those working in remote areas.

But which one is right for you to buy? Here’s our guide to the best satellite phones for everyone who enjoys world travel.

What You Need To Know About Satellite Phones

Just as there are competing cellular carriers with differing coverage and performance levels, so there are several satellite phone service providers.

The two main services are from Iridium and Inmarsat. A discussion of which is best is beyond the scope of this article, but we can summarize them broadly:

Whatever service your phone runs, you have to buy credit too. This will give you leeway for minutes and texts, or data, and there are prepaid and regular plan options available. Your service plan also gives you a phone number so you can make and receive calls.

Prepaid plans are the most convenient for all but very regular use, but often have expiration dates between 30 days and two years. Airtime is much more expensive than what you pay for a regular cell phone plan. Make sure you factor this in when you estimate the cost for your satellite phone.

IsatPhone 2.1 Satellite Phone works on Inmarsat service. It’s a massive 6.7-inch device with a folded antenna and it’s pretty tough. It is shock resistant, rated IP65 for protection and against dust and water, and can function in extreme conditions. It can handle temperatures as low as minus four degrees Fahrenheit, and 95 percent humidity. 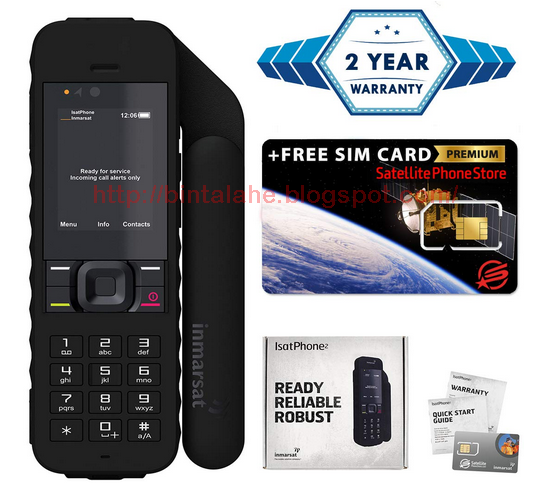 Even more impressive is the battery life. It claims the longest lifespan of a satellite phone at eight hours of talk and 160 hours of standby. In addition to calls, you can send and receive texts and emails, and there’s an SOS function that connects you to the 24/7 GEOS emergency assistance service.

The IsatPhone is one of the most popular satellite phones and is highly appreciated by its users for its reliability and call quality.

The BlueCosmo Iridium 9555 has the look of an old-school Nokia phone. It might as well be tough, though not as rugged as many other satellite phones. 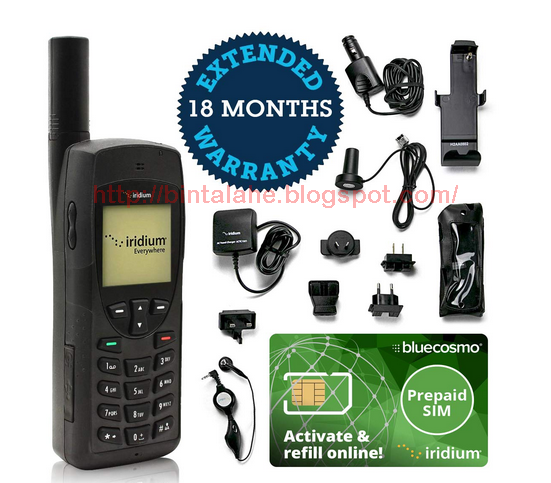 The 9555 is an inch shorter than the IsatPhone 2.1, thanks in part to an internally stored antenna that you need to pull out to make calls or send texts or emails. It is rated weather resistant and can handle temperatures as low as 14 degrees Fahrenheit. The battery is about three hours of talk and 30 hours of standby.

The 9555 is the most affordable phone for the Iridium network. It works anywhere in the world, though you should note that it doesn’t come with SOS features.

The Iridium 9575 Extreme is smaller and lighter than the 9555, but is in a different league when it comes to toughness. Meets 810F standards for military grade durability. It also has an IP65 rating; shockproof and tightly sealed against dust and even water jets. 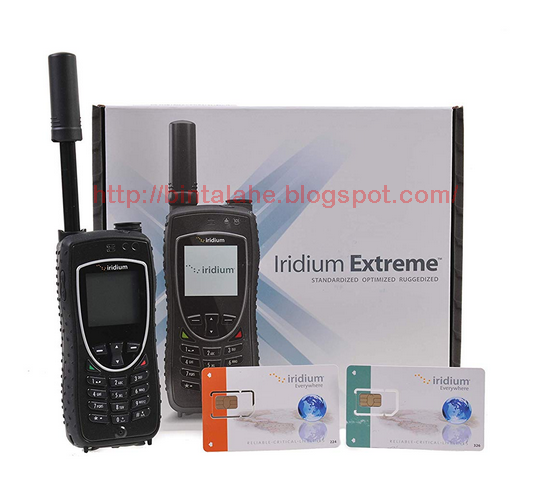 The phone runs on the Iridium network. In addition to calls and text messages, you can use it for basic email messages. Battery life is 30 hours on standby or four hours on talk.

There is an online tracking feature, and you can even use Google Maps to send your location by SMS. In addition, there is an SOS button for added security.

The Iridium 9575 Extreme is expensive, but it’s a device that can withstand the harshest conditions.

The Globalstar GSP-1700 is an affordable satellite phone with one big caveat; it runs on the Globalstar service. It has worse coverage than the two big providers, limited to the US and Australia, plus only partial coverage in Canada, South America, Europe, and Asia. 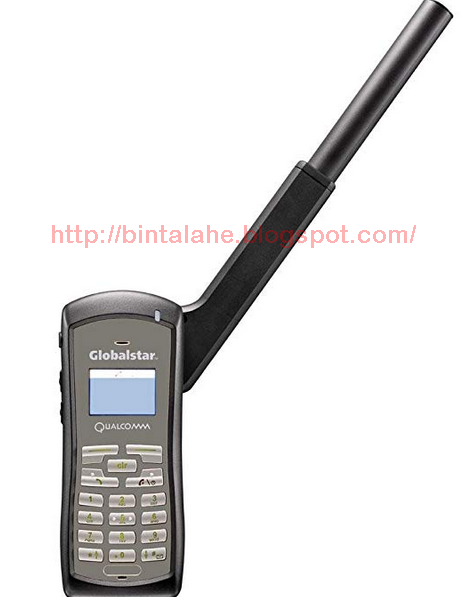 The phone is light at about seven ounces. The main body is small, although the antennae are more than double their height when folded. Basic features. It supports calling and texting and also offers voicemail. You can access the internet at dial-up level speed. The battery life gives a talk time of four hours and about 35 hours in standby.

The lower price is the main selling point. If you are going on a camping trip in America’s National Parks, this could be a great choice. But if you’re heading further afield, check the Globalstar coverage map first.

Not everyone needs the full functionality of a satellite phone. But that doesn’t mean they want to be completely cut off from the rest of the world. In this case, the Garmin inReach SE+ is the ideal compromise. 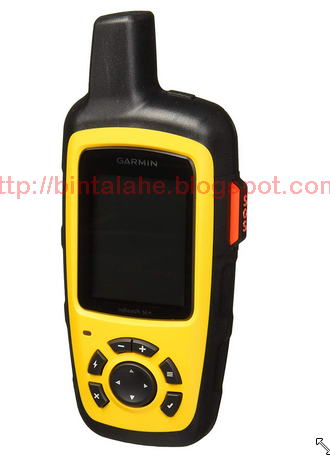 The InReach SE+ is a two-way messaging device that works on the Iridium service. You can’t use it for phone calls, but you can send and receive text messages. It also has an SOS button connected to the GEOS global monitoring center. If you get into trouble, they can track your device and alert nearby emergency responders.

The SE+ also functions as a GPS navigation unit. You can referensi it to your phone via Bluetooth to download and access maps.

The Garmin inReach Mini takes the basic idea from the SE+ and takes it further. It is less than four inches tall including the antenna and weighs just 3.5 ounces. Nonetheless, it is water resistant and can provide five days of battery life. It’s a satellite communicator that you can take with you anywhere. 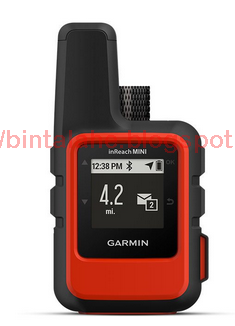 It has a similar set of features to the SE+, only in miniature. If you don’t like typing messages on the 1.27-inch screen, you can pre-generate a series of texts to send at the touch of a button.

The InReach Mini supports SOS services, giving you peace of mind when you’re off the beaten track. You can download weather forecasts or connect the Mini to your phone for mapping. It will not display a map on the screen but will display waypoints and a compass.

Iridium GO! 9560 is not a cell phone; this is a satellite based wi-fi hotspot. It works with up to five iPhone or Android phones, allowing them to make calls, send and receive texts, send SOS alerts, and even post Twitter messages. 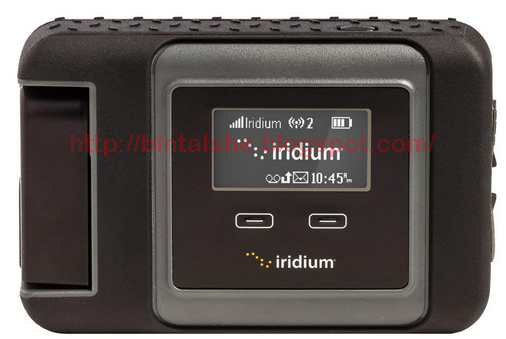 You must install GO! app on your phone to do this. You can also install the Iridium Mail and Web applications to use data services including web browsing, email, and photo sharing. The battery is good for about 15 hours on standby and five hours on talk. You also have to charge the phone, of course.

The box itself is small and rugged. It meets the same durability specifications as the 9575 Extreme. With Iridium coverage you can use it globally.

GO! The 9560 is part of a new generation of satellite devices. Communal functionality makes it ideal for camping or sailing trips.