Adobe Photoshop is the king of image editors, but also the most expensive. Here are the best alternatives for your Mac.

There’s a reason the name Photoshop has become synonymous with image editing. It has led the way for decades, becoming the software of choice for the creative industries. But it’s also expensive, requiring an ongoing subscription to use it. And for many, it’s overpowered and filled with features they’ll never use.

There are lots of great Photoshop alternatives all more affordable. Some of them are even completely free.

Here are seven of the top alternatives available to try right now.

Any cheap Photoshop alternative will be less powerful than Adobe’s software, but Pixelmator Pro includes almost all the essential features. And it’s packaged in an intuitive and more user-friendly way than Photoshop. 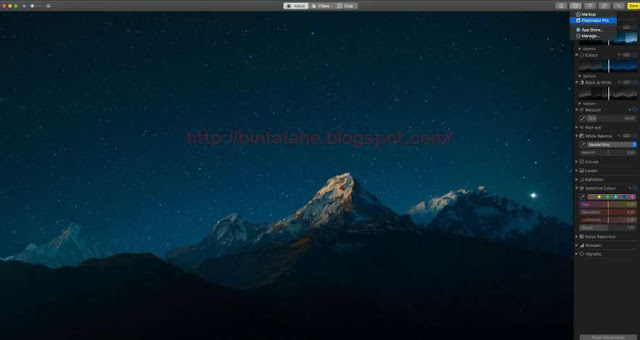 In addition to fully configurable layers and filters, you get tools like clones, fixes, quick selections, and brushes. Pixelmator’s Warp tool, meanwhile, is a worthy alternative to Photoshop’s Liquify tool. And with the Pen tool, you can easily create paths, turning them into selections or lines, just like you would in Photoshop.

And with vector tools and support for Photoshop PSD files, it’s a versatile alternative to Photoshop without an expensive subscription fee.

Affinity Photo is a professional pixel editor that does almost everything Photoshop does except for a low one-time price. Some things don’t work well, like Affinity Photo’s batch processing. And it also doesn’t have a drop feature like Photoshop. 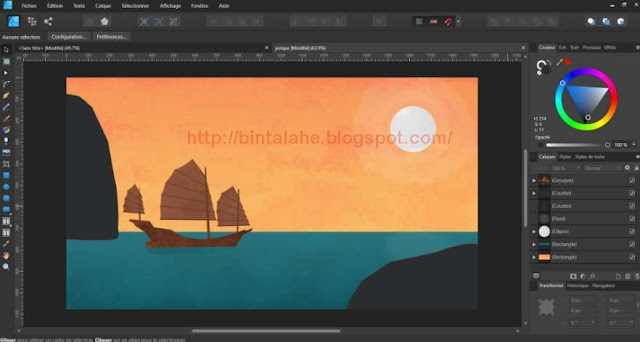 But it’s a very powerful program, with almost all the tools a professional photographer or graphic artist could want. Non-destructive editing, adjustment layers, cloning, perspective, liquify Affinity Photo has it all.

And if you’re coming from Photoshop, you’ll be happy to find that many of the keyboard shortcuts you use for that software work in Affinity Photo as well.

Affinity Photo has a huge following, and there are plenty of tutorials online to help you get the most out of it. And it’s often discounted, but you’ll need to buy separate licenses for Windows and iPad if you want it as well as macOS.

For more than 25 years, the GNU Image Manipulator Program (GIMP) has been one of the most popular free Photoshop alternatives on the web. Completely open source, it started on UNIX-based systems like Linux, before being ported to Windows and macOS. It’s also been forked a few times, with versions like Seashore and Glimpse trying to improve on the original formula. 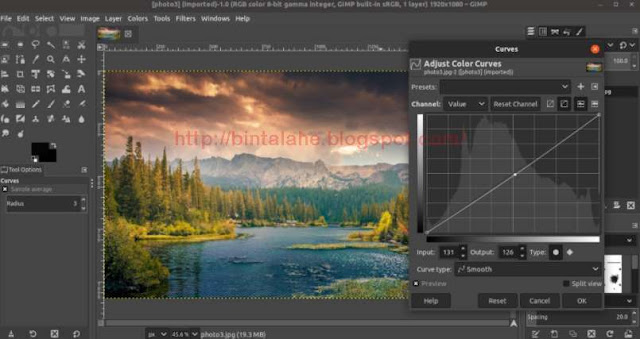 Derived from Photoshop, GIMP can be a tough beast to master. Things work differently, shortcuts aren’t the same, and they’re not as intuitive as Adobe’s software.

But behind its rugged exterior, GIMP is a powerful image editor, with the kinds of features you’d expect in an expensive professional application. The fact that it’s completely free is impressive.

There are some things Photoshop does that GIMP can’t, like working with CMYK and RAW files. But there are many plugins that add such functionality. So if you need a sophisticated but completely free Photoshop alternative for Mac, GIMP is likely your best bet.

Adobe Photoshop is more than just a photo editor, of course. It’s also a complete art and design package, capable of imitating physical paint, brushes, pencils, and more. And that is Krita’s specialty. 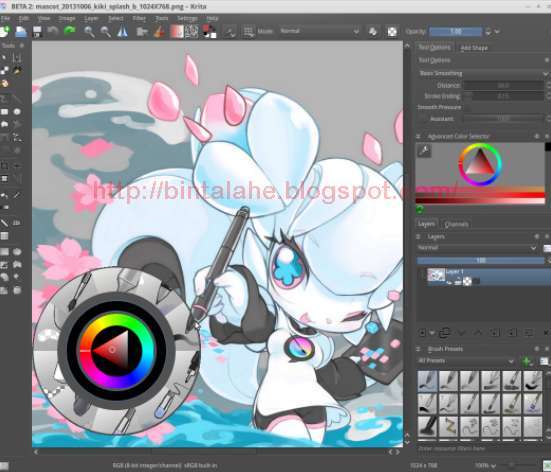 Krita is an open-source, free alternative to Photoshop, which has been around, in various forms, since 1999. Originally a general image editor such as Photoshop and GIMP, it began to focus on digital painting around 2009.

Today, Krita is packed with brushes and effects, realistically reproducing everything from oil paints to colored pens. It mainly creates raster images, but it also has some vector and text tools, to help with things like creating comic books.

Even though Krita is designed for digital art, it can also be used as an image manipulation tool like Photoshop, only with far fewer features.

Compared to Photoshop, Acorn’s interface is very clean. But that doesn’t mean it lacks features. Acorn includes many customizable filters and effects, as well as brushes and tools. 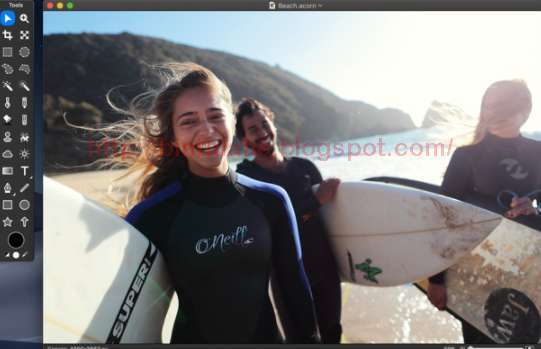 It also supports non-destructive editing, layer masks, and CMYK. And it can open RAW image files and Photoshop PSD files too.

One particularly interesting feature is Instant Alpha, which works much like the Quick Selection tool in Photoshop. Just as you would with the tool, you drag the cursor over the drawing area to select it. But instead of just selecting them, Instant Alpha deletes them all at once, so you can remove the entire object or background in seconds.

Acorn isn’t as intuitive as Pixelmator, and it’s not as rich as Affinity Photo or Photoshop. But it has everything most amateurs need from an image editor, and it’s cheap, one time only.

Available to download for free from the App Store, Fotor is a basic photo editor with a built-in selection of one-click effects. You can apply filters, crop, textures, frames, and more. So if you only use Photoshop for simple edits, Fotor is a great alternative. 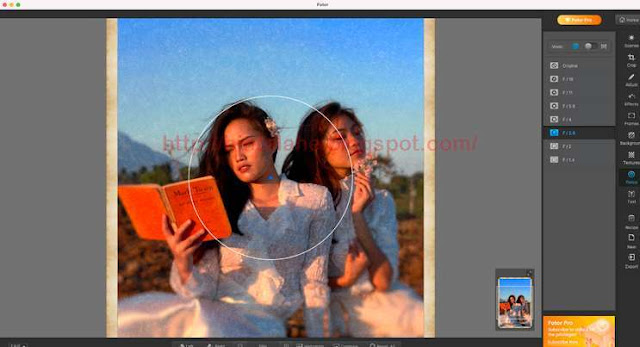 Some effects are only available if you sign up for a Fotor Pro or Fotor Pro+ subscription. You can still try it out for free, but Fotor will watermark your images. In addition to the added effects, if you subscribe, you get access to a large number of stock images, cloud savings, and additional premium resources such as templates and fonts.

If you just want to make quick edits to a few images, maybe the free version is all you need. And given how great some of the alternatives are, it’s hard to recommend paying for a Fotor subscription.

While most Adobe apps are subscription-based, Photoshop Elements is a one-time purchase. It’s a cropping alternative to Photoshop, which takes some of the best parts of the program and puts them into something more affordable. 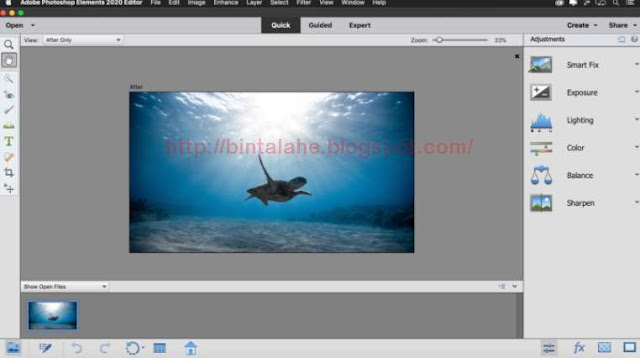 Unlike its big brother, Photoshop Elements is aimed at amateurs and home users, not professionals. It comes with tons of filters and one-click effects, which can quickly turn a photo into something more artistic. And it inherits some useful tools from Photoshop, like the Spot Healing Brush and the Quick Selection tool.

Compared to Photoshop, some important features are missing; no pen tool, for example. And Photoshop Elements doesn’t support CMYK, so it’s not ideal for print jobs.

But you can still do a lot with Photoshop Elements. And the fact that all the shortcuts are the same as Photoshop is a big plus. It’s a bit pricey, especially compared to Affinity Photo and Pixelmator.

Could There Be A Photoshop Alternative That Really Replaced It

Photoshop remains the undisputed king of image editors. Despite its high and sustainable costs, it is still the number one choice for professionals. With Adobe’s support, it will probably stay in that position for a while, as more features are added and performance is improved.

But if you’re not a professional graphic artist or you can afford to lose some features to keep costs down, you have plenty of options. There can be a bit of a learning curve if you’re familiar with Photoshop, but the savings can make it worth it.

Really, it’s the same as free or cheap Mac software. Large, paid apps are often the best, but if you don’t need all the advanced features, there are some fantastic alternatives.