Running can often feel like a monotonous exercise. There isn’t much variety, and the constant motion hinders your ability to focus on podcasts or audiobooks. Therefore, staying entertained while jogging is not always possible.

Fortunately, some developers are trying to bring a fun element to this activity by gamifying your running sessions. Here are the best apps that make running more fun.

Have you ever fantasized about running for your life in a world overrun by zombies? A game called Zombies, Run! lets you experience that. It (virtually) changes the boring route you know with zombie-infested paths. Your job is to order them until you reach the safe house, collecting supplies as you go. 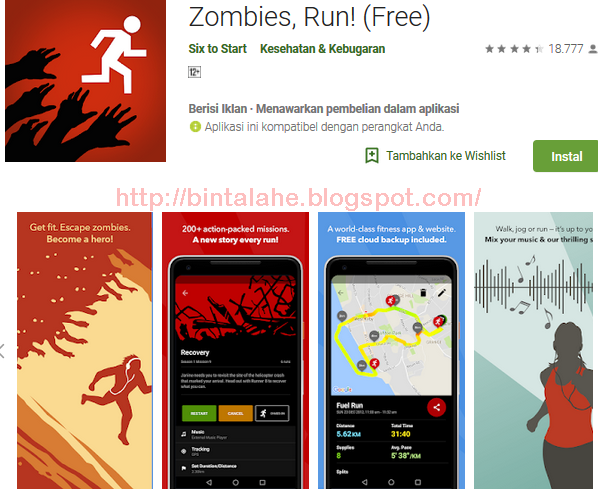 You start by selecting a mission. Each has a different distance and speed. You have to follow the specified speed to escape. Once you start running, the app will build hype through your headphones with radio messages from your team members, story narration, dramatic scores, and zombie screams when you slow down.

As you continue the route, the app will automatically add supplies scattered across the route to your bag. Plus, you have the option to view stats and progress on the map.

Zombies, Run! It’s free to play but for a monthly fee of $6, you can unlock all stories right away.

Charity Miles converts your running miles into money for a good cause. It tracks your movement whether you are running, cycling or just taking a walk. Based on how far you’ve traveled, Charity Miles calculates the amount you can donate to one of the 40 available charities. It supports a variety of causes, from ALS to cancer. 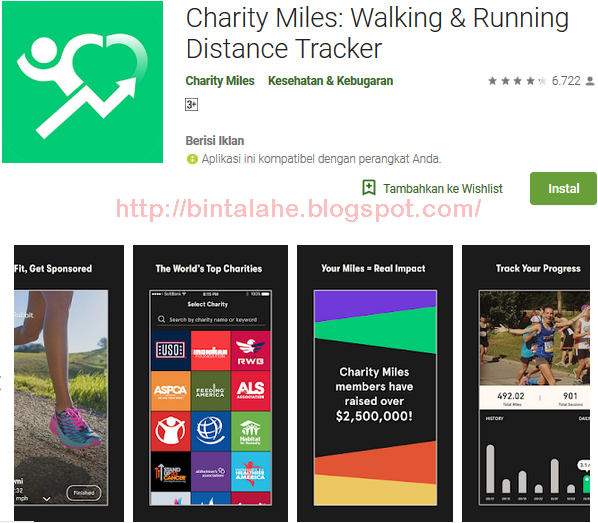 The app is backed by a series of sponsors, so you don’t have to worry about handing over your data in exchange for charitable support. Additionally, Charity Miles may sync your stats from third-party sources, such as Fitbit trackers. Charity Miles also has several social tools that allow you to exercise and earn with your friends.

Charity Miles is an easy way to get the most out of your run. Apart from burning calories, you can support your goals without spending a dime. And by the way, running isn’t the only way you can earn charity money. You can donate to charity by surfing the web, playing games and more.

StepBet is another great app that rewards you for staying active. This app brings the concept of betting to your practice, but unlike Charity Miles, it does require some contribution. The idea is straightforward and can even motivate you to run more. 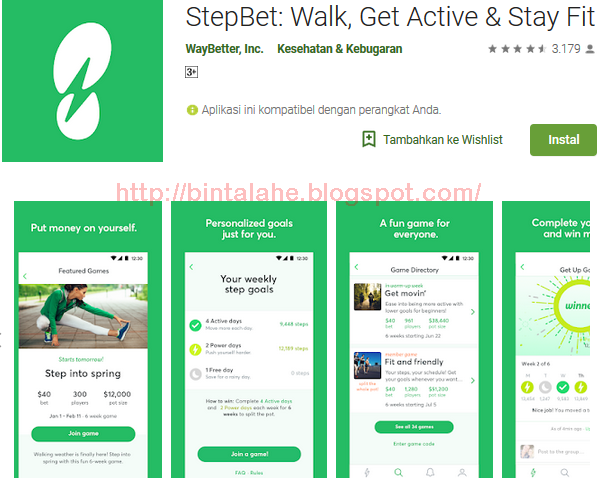 StepBet hosts community based competitions containing fitness challenges. To participate in this, you must spend a minimum amount. So the bigger the number of participants, the bigger the prize pool.

The pot is evenly divided when the challenge ends, and those who complete the objectives get rewards. However, users who are unable to hit the target will have to say goodbye to their bet money. StepBet does not have its own tracking engine. Instead, it relies on third-party sources including Google Fit, Samsung Health, Garmin, and Fitbit.

Workout playlists on streaming services like Spotify aren’t adapted to everyone’s pace. Most of us end up skipping tracks and changing playlists far more often than we would like. 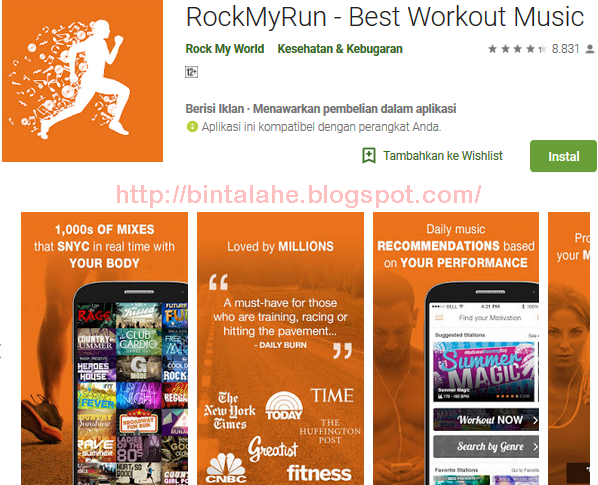 Enter RockMyRun, an app that understands your personal pace and actively tries to match the beat of the music to it. RockMyRun was designed in collaboration with some of the industry’s best DJs, such as David Guetta, Zedd, Afrojack, and Major Lazer.

You can also define your goal and the app will update the song depending on which stage you are in. Apart from the usual electronic and house playlists, there are many genres to choose from such as country, pop, and rock.

Run An Empire is a strategy game set in the real world. Your goal is to grow your empire and capture as much territory as possible. And to do that, you have to walk or run near them. So in this game, in order to get resources and conquer new places, you have to put on running shoes and cover them on foot yourself. 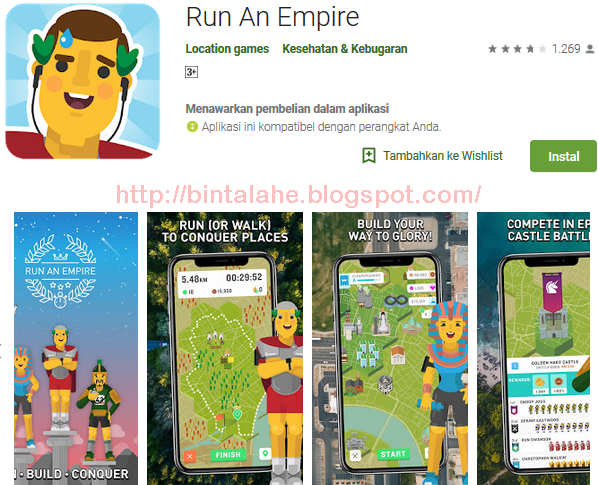 As you accumulate miles, the game gives you more manpower, soldiers, digital currency and other goodies. Since Run An Empire is a real-time game, you have to constantly battle your neighbors and other players for territory.

You can pair Run An Empire to an external fitness accessory; it even displays a comprehensive set of statistics such as the number of calories you burn. It’s free, but you can level up by purchasing in-app currency.

Fitness RPG is a role-playing game where you can equip your heroes to fight your way to the top. Unlike other titles of its kind, the Fitness RPG defines your pedometer and uses the data to trigger your energy levels in the game. 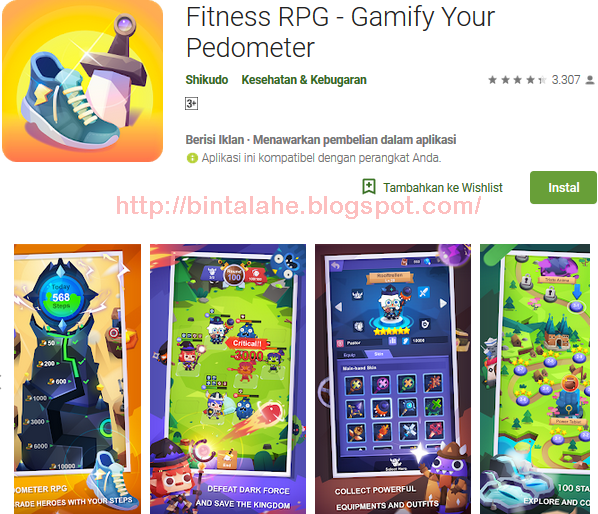 You can use this energy to buy upgrades for your character, unlock new weapons, and increase your overall level. Apart from taking part in the single-player campaign, Fitness RPG also has a multiplayer mode where you can pit your heroes against armies of your friends. Games will sync with third-party services such as Fitbit and Google Fit.

Walkr is a fitness adventure that functions almost the same as a Fitness RPG. Here, the premise is that you jump aboard a rocket ship to find all the planets in outer space. To make sure you complete the entire journey and return home, you need energy. You fill that energy bar with walking or running in real life. 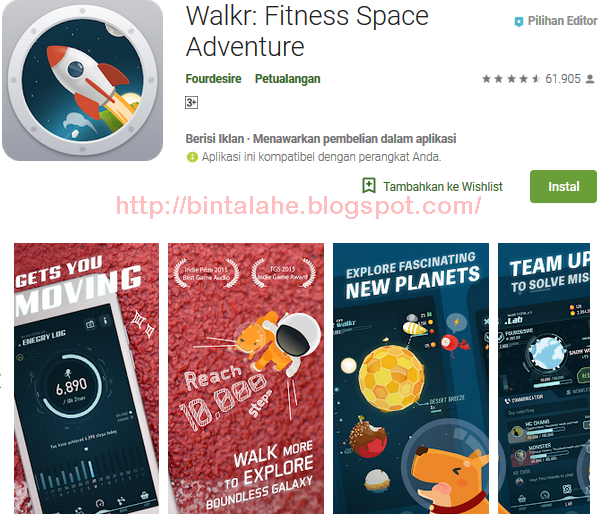 On over 50 unlockable planets, you’ll occasionally come across a missing creature. However, you can only help them if you have enough fuel. The game also lets you compete with friends and teams to complete missions.