Having a dual monitor setup on your Mac serves as a huge boost to your productivity. You spend more time than you can imagine sorting and organizing application windows. Doubling the space for those windows means you spend less time dealing with them and more time getting your work done.

Setting up your Mac with two monitors is easier than ever, in most cases. But making the most of them is another matter altogether. We’ve rounded up some of our favorite tips to help you get the most out of multiple Mac monitors.

Make Yourself at Home by Setting Up Your Monitor

By default, macOS will typically configure your second monitor to display the exact same content as the first, known as “mirroring.” This is useful if you are giving a presentation to a group of people, but useless if you want more space for your windows. Luckily, turning it off is simple.

open System Preferences, go to Displays, then select tab Arrangement. Uncheck Mirror Display to extend the desktop to the second monitor instead. You can also choose your monitor settings here, including those on the left and right. Depending on how you physically set it up, you might even want to drag one monitor icon on top of another. 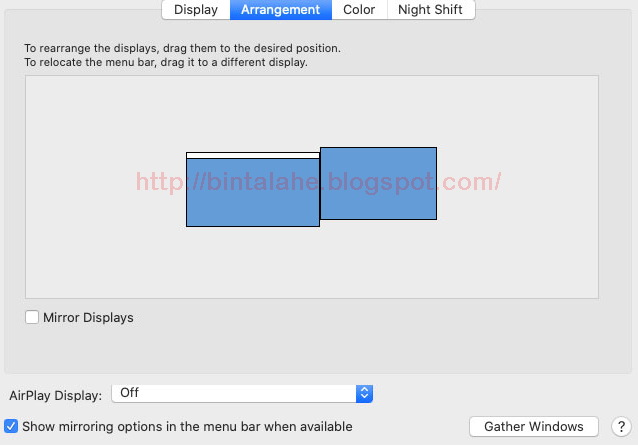 Another configuration you will have to do is select your primary monitor. To do this, simply drag the white bar at the top of one of the screens in the Displays to the monitor you want.

Put Your Dock in the Right Place

Most Mac users with dual monitors want to have their Dock at the bottom of the screen on the same screen as the menu bar, but that doesn’t mean you have to. You can move it to the side of the screen. If your primary display is on the left, placing the Dock on the right will place it on the secondary monitor.

To adjust your dock position, go to System Preferences, then select Dock. Here, you will see items Position on screen, where you can choose Left, Bottom, or Right. You can also choose whether to automatically show or hide the dock as desired.

Get More Room to Work With Virtual Desktop

Maybe even with your Mac running multiple monitors, you still need more space. You can start organizing your windows carefully, or you can use another feature built into macOS: Spaces. This is Apple’s take on virtual desktops, which lets you organize windows in multiple groups and switch between them at will. 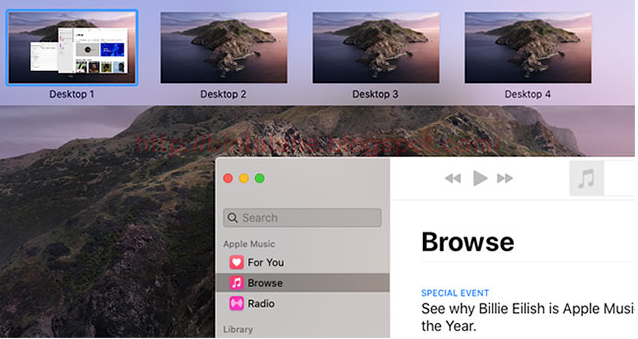 This can be a problem when your Mac has a second monitor. Opening an application in full screen, for example, can cause one of your monitors to go blank. It doesn’t show a problem with your monitor it’s just how Spaces works by default. It’s easy to change, so you can always make full use of your two Mac monitors.

open System Preferences, then look for the section Mission Controll. Here, be sure to check the option labeled Displays have separate spaces. If you’re using a newer version of macOS, it may be enabled by default, but older versions usually don’t come with it enabled.

Have an iPad? You Have Another Monitor

Spaces can help you get some of the benefits of a second monitor without actually owning one. That’s not the only way to get extra space to work without having to shell out cash on an extra monitor. If you have an iPad, you can use it as a second monitor for your Mac.

There are several ways to do this. One of which is Duet Display, the app that runs on your Mac and iPad, lets you use the latter as another monitor. It will cost you $9.99, but it also works with Windows, so it’s really good value.

If you’re running at least macOS 10.15 Catalina, you have another option that’s free. Sidecar is a MacOS built-in feature, starting with Catalina, that lets you pair your iPad as a second monitor. We have a guide to help you Using Your iPad As a Mac Monitor With Sidecar.

If you’re coming from Linux or Windows, you’re probably in the habit of sending apps to a different monitor with a keyboard shortcut. On macOS, you’re pretty limited when it comes to these shortcuts. BetterTouchTool can easily remedy this situation.

This app was originally meant to power up your trackpad, but it also lets you do more with the keyboard. Actions include moving windows to the next monitor, centering applications on a given monitor, and more. You can set this option to any key combination you like. 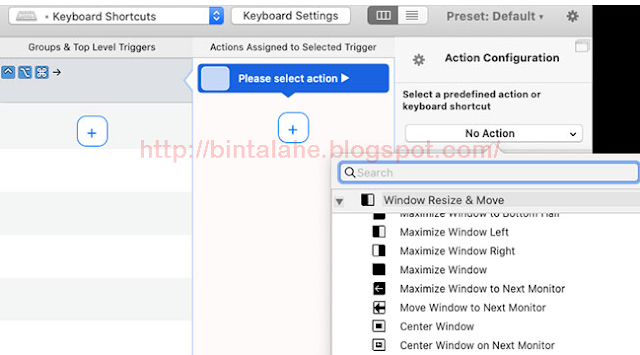 BetterTouchTool is incredibly powerful and can do a lot more than what’s mentioned here, so it’s easily worth the $7.50 developer fee for a license. That said, it’s also available as part of a SetApp subscription, which costs $10 per month for a useful bundle of apps. If you’re curious, we’ve put together a list Premium Mac Apps That Make Subscribing to SetApp Useful.

Stretch Your Wallpaper Across Monitors

This is more a matter of personal taste. Some people like to see a single, unbroken image spanning multiple monitors on their Mac. If you’re using flat colors instead of images, or just prefer the same image displayed on all monitors, you’re not going to bother. 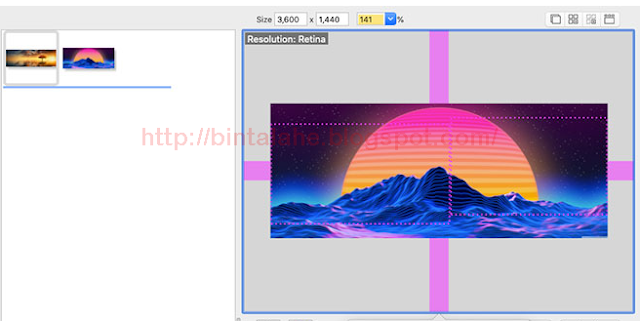 The bad news is that there’s no method built into macOS that stretches wallpaper across two monitors. The good news is that there are many tools like Fresco and Multi Monitor Wallpaper a simple named one can do this for you. Just install one, run it, and choose your wallpaper.

Work Smarter on Your Mac

Hope these powerful tips and utilities help you make effective use of the extra screen space. A second (or third) monitor is a great way to increase productivity, no matter what type of work you do.