Whether you play games or sports, or you as a committee make a competition activity in your neighborhood. You need a score counter app, so keep track of your points with this score counter app for Android.

The traditional way to score in any game is pen and paper, but why waste ink when you have your smartphone in your pocket? With a score counter app, you can track scores for multiple players and even multiple games. And you can forget about having to add up the points in your head, because they’ll do the math for you.

Here are some free Android apps that you can use to track your in-game scores or sports activities. Unless otherwise noted, this app is ad-free.

The developer of this app definitely has a fun side. Whenever you add a new counter, it will automatically fill in the name with a random animal name (just tap on each name to change it). 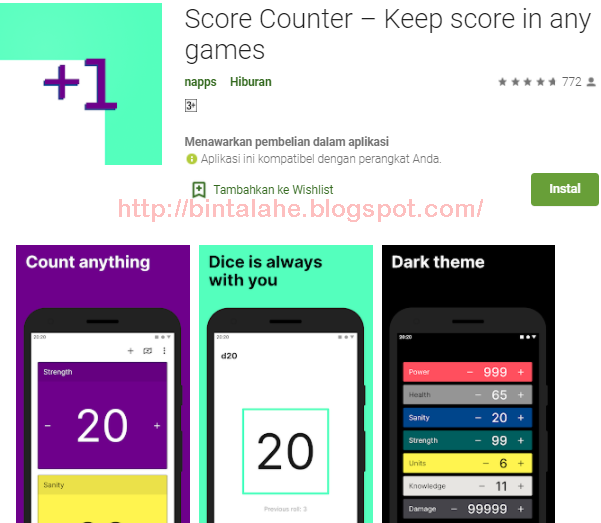 By default, the app places the player with the highest score on top. However, you can reverse this to make the lowest score the winner, ideal for golf enthusiasts.

This Score Counter also features a virtual dice roll, which you can start by tapping the screen or shaking your phone. If you are an avid board player, you will be pleased to know that you can roll up to 100 dice with up to 100 sides. That means there’s no need to buy special dice for games that require 20-sided dice or other irregular numbers.

Score It’s layout is different from most score keeping apps. It presents the points in a tabular format, like a spreadsheet. 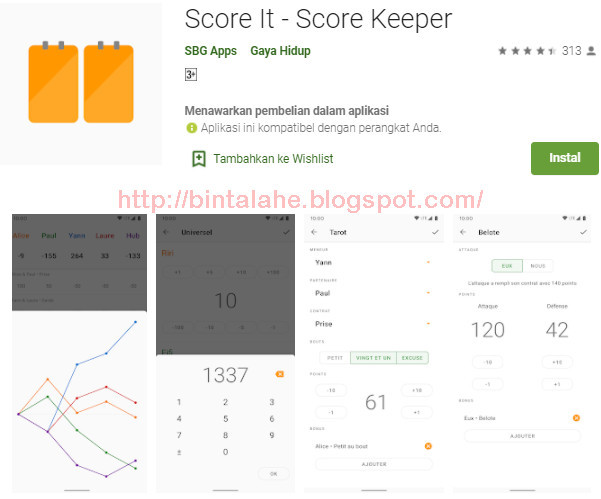 It comes with built-in support for several card games (tarot, belote, and coinche), but also has a universal scorekeeper that will work with most other games. It scores in a round, so every time you press the plus button, you assign a score to each player and then record everything together for that round.

At any time, you can view a line graph that tracks each player’s score, so you can laugh about your tardiness or see the moment when things went wrong.

Score It also includes a basic two-player score counter, in increments of +1 and -1.

Want to count some things? Then check the Object Counter for all your counting needs. 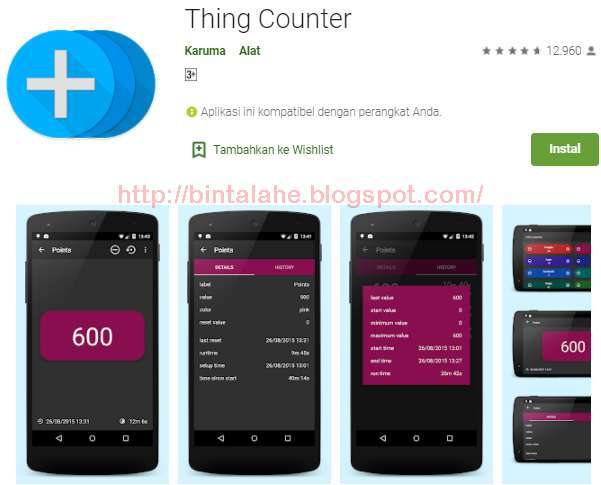 Despite its simple name, Thing Counter has some interesting features that you won’t find in other score keeping apps. In addition to tracking point counts, it automatically records a variety of additional information, including the last time each counter was updated and how much time has passed since you created the counter.

Also important is the built-in text-to-speech. When you update the score, it will read out the player name and current total.

If you don’t want to look at the screen, you can add or subtract from the counter using your phone’s volume buttons. The app also supports counters for your home screen, via a widget for quick access.

Ultimate Score Games takes a different approach than most score keeping apps. It comes with a collection of score counters designed for a specific game, allowing you to choose the one you want from the list. 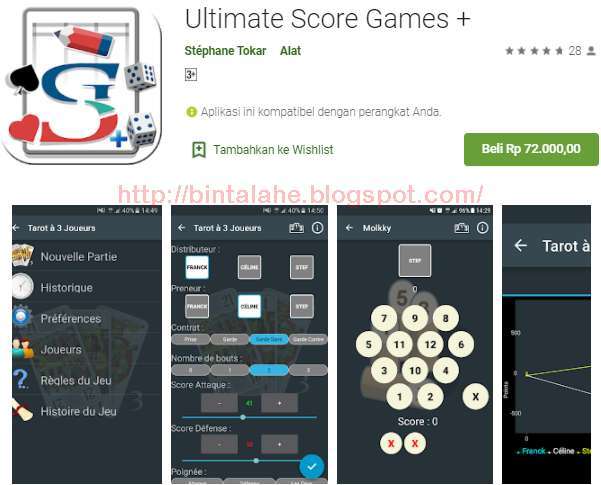 In that list, you’ll find dice games, card games, board games, and skill games. Each of these counters has its own settings, which is great if you want to play with certain variations of the rules.

For games that aren’t covered out of the box, there’s a Free Game mode, which is a pretty basic score counter that lets you assign points individually.

All game results can be viewed as a line graph, and the app keeps a history of scores, so you can reflect on your past glories later. You can even import or export databases to and from local folders or your Google account.

The free version has a limit on the number of counters and some features, so you’ll need the full version for best results.

Sports fans, this app is for you. It was specifically designed to track point tallies in a variety of sports, although the inclusion of the card games truco, chess, and even Rubik’s Cube might expand the definition of “sports” a bit. 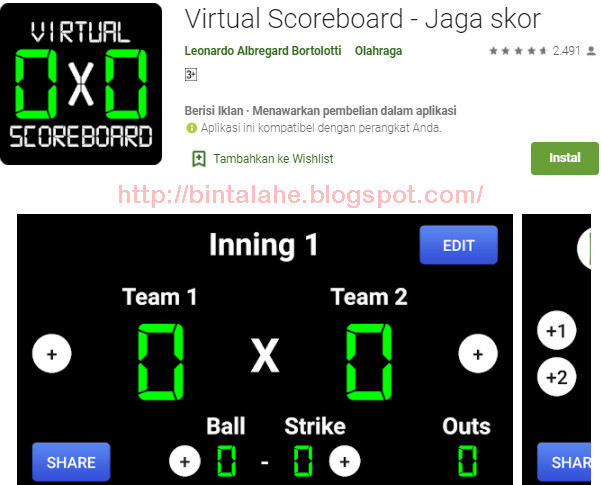 Once you have selected a sport, you will be presented with a Virtual Scoreboard. The exact layout depends on the sport, but usually includes a clock, a button for tracking fouls, and a way to award a different number of points (such as two or three points in basketball).

Best of all, you can also share your scoreboard or watch other people’s scoreboards. The share button in the app generates a unique code that you can give to others for this purpose.

The app doesn’t place ads on the scoreboard, but does include video ads, which you can remove via in-app purchases.

Like Thing Counter, this app comes with a built-in home screen widget. This can be useful if you want quick access to basic counters. 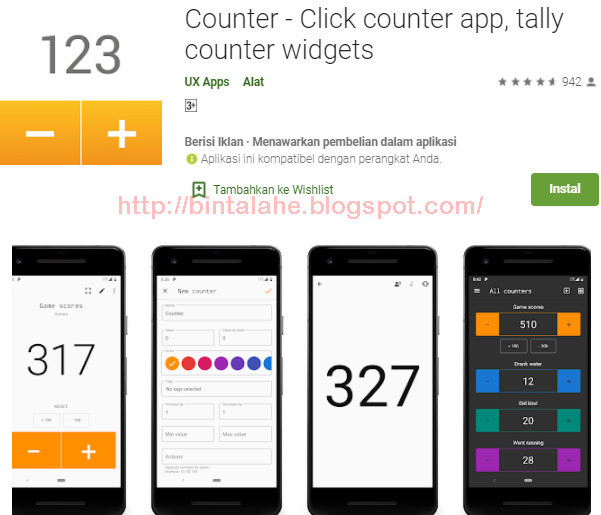 Another plus point is the ability to add tags to individual counters. You can then select this tag from the side menu to show only counters with the assigned tag. You can use this, for example, to create counter sets for various games.

Even though it’s ad-supported, Counters has a few limitations that you have to unlock with an in-app purchase: removal of ads, ability to have more than 10 counters, and a dark theme.

Which Score Tracking App Is Best For You

Some score keeping apps are great for specific games or sports. Others are just basic counting apps, useful in various situations. Which one works best for you really depends on what you’re trying to track.

You may not be able to find one app that covers every sport or game where you want to track scores. But with some of these installed, you should be prepared for most eventualities.