Looking for a way to run Photoshop on Linux? You may have some image editing tasks, photos that need improving, or basic painting to complete. But Adobe Photoshop is not on Linux. So, what’s the alternative? Is there a Photoshop equivalent for Linux?

This Adobe Photoshop alternative for Linux will help you edit images with ease.

If there was a program that could be considered an “open-source version of Photoshop”, it would be GIMP (GNU Image Manipulation Program). GIMP has been around since 1995 (Photoshop launched in 1988) making it one of the oldest open source applications available. 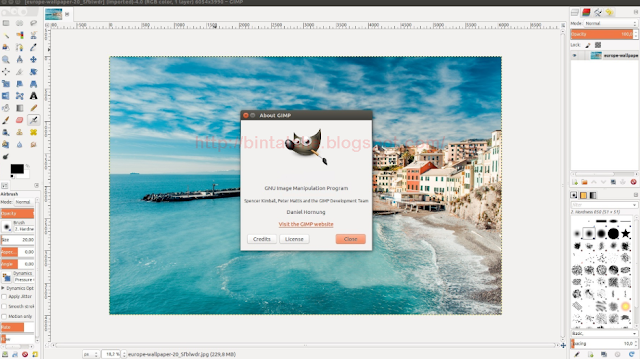 It is a flexible tool that includes several core features that replicate many of the same effects as Photoshop. GIMP is also built with possibilities in mind, which means you can add new functionality by installing third-party plugins.

In short, GIMP is powerful enough to suffice in a professional capacity. The only downside is that GIMP specifically avoids copying Photoshop’s interface. While it’s a powerful Photoshop alternative, you’ll have plenty of new keystrokes and menu commands to learn.

To install GIMP on Linux, start by adding the PPA repository, then update the sources and install:

On Windows, one of the better alternatives to Photoshop is the free image editor, Paint.NET. An alternative to MS Paint, flexible and extensible via plugins, and lighter than Photoshop. 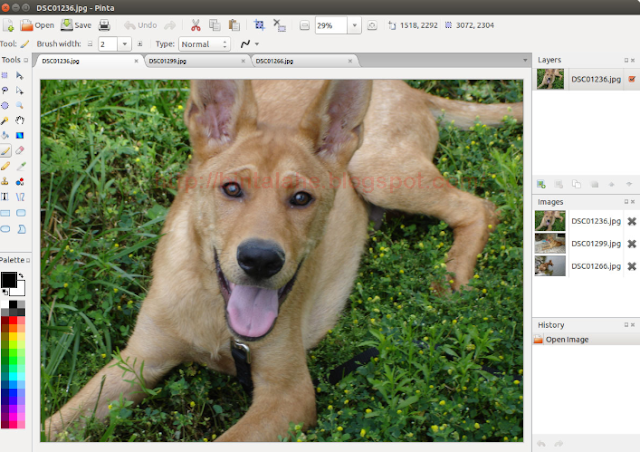 The Linux equivalent of Paint.NET is Pinta, an application that comes with everything you need. It includes all the basic and core functions, unlimited layers, full edit history, and over 35 effects for image adjustments. You can also switch between the docked interface and the free-floating window interface.

While GIMP offers a Photoshop-like experience, Pinta is ideal for quick image fixes and simple edits.

Pinta can be installed from the default repository, but it’s probably an old version. To guarantee you have the latest Pinta installed, fetch it from the repository provided by the Pinta developers:

Back in 1998, German developer Matthias Ettrich played around with GIMP and built a Qt-based interface for it. This caused a split within the GIMP community, which eventually led to the development of a competing image editor: Krita. 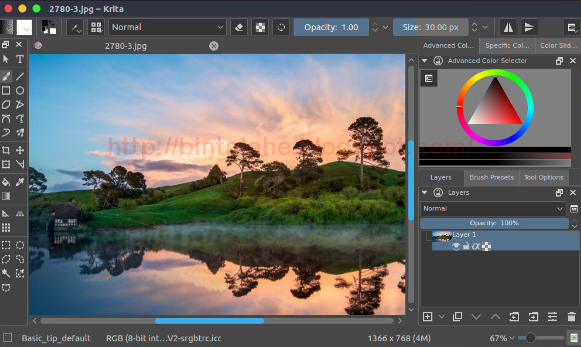 Krita’s main focus is as a digital painting app. Because of this, it tries to hide most of its interface elements to make it easier to learn for beginners and easier to paint for veterans.

What is meant by “digital painting”? Things like concept art, comics, textures, etc. All of this is made easy by Krita’s standard suite of tools, including several default brushes, multiple brush engines, an advanced layering engine, and support for raster and vector editing.

Install Krita from the app’s PPA repository to get the latest version:

If you’re looking for a digital painting app with a completely minimal interface, MyPaint might be for you. Like Krita, it makes concept artists, comics artists, and texture painters who hate window and toolbar distractions. 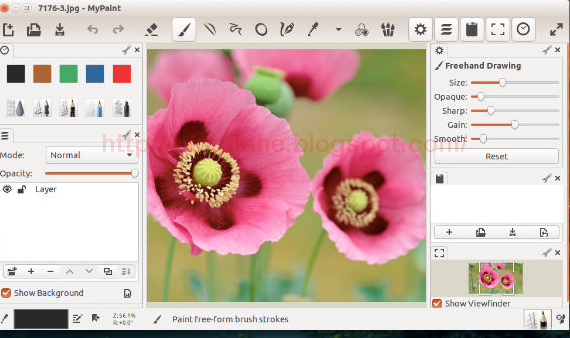 MyPaint is certainly simpler than Krita, so don’t expect it to be jam-packed with features. However, that doesn’t mean it’s lacking. MyPaint supports pressure-sensitive tablets, has unlimited canvas sizes, and customizable brush options.

If Krita is too much for you, then MyPaint might be what you want. But if you try MyPaint and it’s not enough, you’ll want to switch to Krita.

A browser-based tool that leverages your local PC resources, Photopea runs on any desktop platform. With a user interface similar to Photoshop (sidebar, menu, toolbar, history, etc.) and support for standard image formats, it is an ideal replacement. You’ll get the best results from a Chromium-based browser, like Google Chrome. 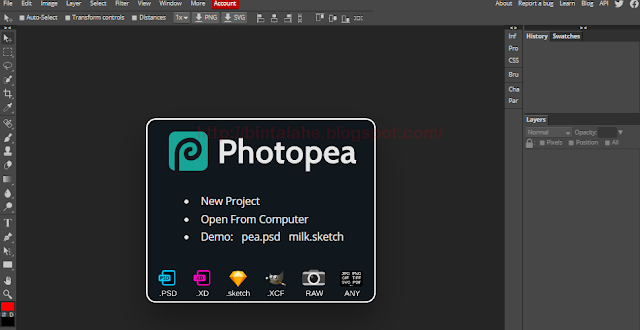 Don’t worry about losing files either. All the edits you make with Photopea are stored on your computer, not in the cloud. It can even handle Photoshop PSD files, Adobe XD files, as well as RAW, XCF, and SKETCH photo files.

Photopea is ad-supported. However, you can pay $20 to hide ads for three months. While you may experience some performance hits during intensive image editing, Photopea is a great alternative to Photoshop.

Photoshop’s main draw is basic image editing and painting. The app we’ve included takes care of these features, but what if you want something a little different? Fortunately, Linux users can draw on several open source image editing and creation applications.

While the five tools above are good Photoshop replacements, you may still be unsure. Luckily, you can run Photoshop on Linux using Wine or via a virtual machine.

Install Adobe Photoshop on Linux on a Windows Virtual Machine

If Wine doesn’t work (perhaps you want the full functionality of the latest version of Photoshop) then consider a VM. Virtual machine software (such as Oracle VM VirtualBox) can be set up on Linux to run Windows. All you need to do is install Photoshop in a Windows virtual environment.