There are times when recording phone calls is useful. But it also poses a huge security issue – if you can record calls, malicious app developers might as well. Both iOS and (recently) Android have built-in security measures that make recording calls difficult.

However, that doesn’t mean recording calls on your iPhone is impossible. While you can’t do this directly in iOS, there are some call recording apps that use workarounds to get the job done.

Why You Want to Record Phone Calls

There are several reasons you might want to use a call recording app. Maybe you’re in a discussion with someone and want to refer to them later. A journalist conducting a telephone interview might find an audio recording of the call useful for transcribing later. Some of these apps even offer an optional transcription service to make this part easier.

Before you start looking for the best app to record calls on your iPhone, ask yourself if it’s necessary. If you just want to record conversations for posterity, an app like Zoom might be a better fit for the task. In fact, one of the coolest ways to use Zoom is to record a podcast or similar, as the app lets you record each participant of the call separately.

While privacy is a big part of why Apple and Google don’t want to include call recordings into their operating systems, it’s probably not the only reason. The decision is likely to have legal implications as well.

For example, in the US, some states require both parties to be aware of call recordings, while others require only one party’s knowledge of legal recordings.

So while the call recording app itself isn’t illegal, the way you use it may be. You will want to check local laws before you start recording phone calls. And for goodness sake, it’s always fair to let the other person know before starting a conversation if you’re recording a call.

Now, let’s take a look at the best call recording apps for iPhone.

Rev Call Recorder is often touted as the best app for recording calls on iPhone, and it’s easy to see why. While you need to jump through the same hoops as many other call recording apps, Rev Call Recorder makes it easy. It’s also completely free, assuming you only need to record calls. 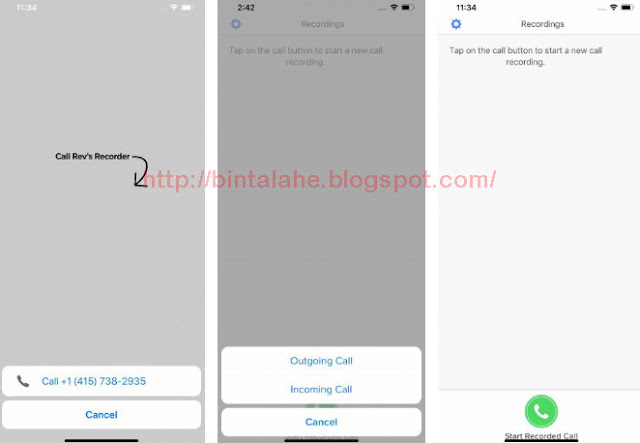 The company makes its money by offering transcription and other services on recordings. This means that the provider can access your conversations and listen to them, as this is required to offer transcription. That said, most of these services have the same privacy implications.

When you launch Rev Call Recorder, it walks you through the steps to record a call, which vary slightly depending on whether you’re making or receiving calls. Either way, it works by placing a call to the company first and then adding the other person as a group call. Luckily, Rev Call Recorder’s built-in tutorial makes this easy.

After the call is complete, you will get an email with a info to download the audio file containing your call.

Like Rev Call Recorder, developer IntCall TeleStar is technically capable of saving your conversations. However, it claims not. 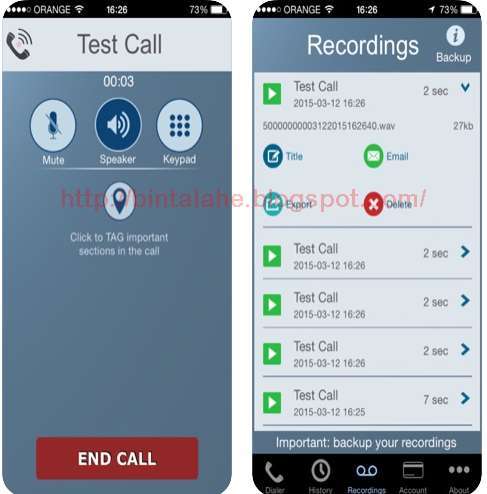 In the About IntCall, one of the first points to mention is that the app doesn’t store your conversations on its servers. The requirement clarifies that temporary files are stored on the server, but only until they are downloaded to your phone.

Unlike Rev Call Recorder, IntCall places two calls for outgoing numbers: one for the person you are calling and one for the self-recording service. This is the server that records the call, then sends the audio file to your phone. Using this app is simple and easy.

On the other hand, the monetization strategy is not immediately obvious. You can use the app via subscription or by purchasing credits. When you sign up, however, it automatically starts a three-day free trial subscription.

If you don’t remember to cancel in time, you will be charged $6.99 per week. This can add up quickly, so make sure you cancel if you don’t need more than a few days of recording.

WeTalk Pro started out as a simple call recorder app; while still recording calls, the focus shifts a bit. Now, the app is advertising itself as an affordable way to get a second phone number and make cheap calls. This is a plus or a minus, depending on what you want to do. 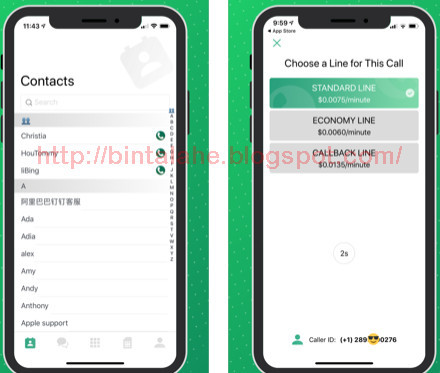 WeTalk lets you register to a second number, then make calls over Wi-Fi. It’s similar to Google Voice (and Skype, in a way). That said, WeTalk Pro advertises lower rates than Skype for international calls, so if you frequently need to make and record calls outside your area, this could be a great option.

This app has a very generic name, and it turns out that there are a lot more like it in the App Store. These common names help apps with visibility when people search for common terms like “call recorder” or “phone call recorder.” 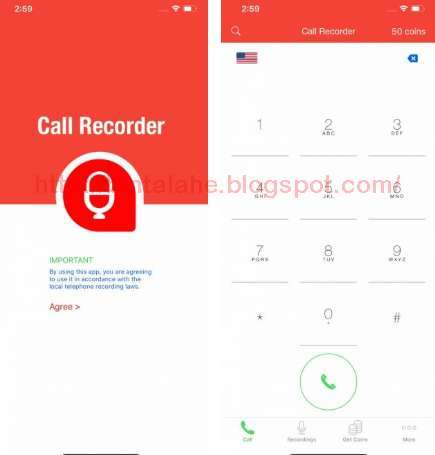 The app from this developer, David Kang, is relatively better designed than many other apps. It’s simple to understand and use: instead of dollar-per-minute pricing, it uses a kind of virtual currency called a coin. You save these credits, then use them to record calls.

While it’s easy to record with it, given the free or cheap alternatives on this list, you might want to have a look before deciding on this one. On the other hand, it is a reliable and robust app by an independent developer that deserves support.

While it definitely doesn’t use cassettes, it’s an app that does exactly what its name suggests. You’ll find two listings in the App Store: one for TapeACall and another for TapeACall Pro. Both include in-app purchases, but TapeACall Pro removes many of the limitations found in TapeACall. 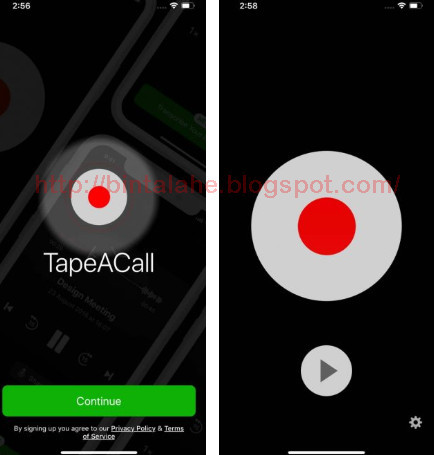 You can try TapeACall first to make sure the app works, then buy the Pro version so you don’t have to mess with as many in-app purchases as possible. It’s a popular choice for recording calls on iPhone because, like Rev Call Recorder, it makes setting up three-way calls used to record calls easy.

With the Pro version of TapeACall, you don’t have to worry about the cost per minute for recording calls. Nonetheless, the app does offer in-app purchases for transcriptions and other features.

Do you need to use an app to record calls

While using one of these iPhone call recording apps is often the easiest way to record calls, it’s not the only option. Custom apps and services are very useful, but you probably don’t want to deal with the hassle of setting them up and using them all the time.