Try this Android terminal app to run Linux command line tools and more on your phone.

Linux is often claimed to be the favorite desktop operating system of developers and tinkers, and for good reason. The openness and abundance of tools allow users to push their computers to the limits, and perform any task with efficiency. But sometimes, the only computer you have is a smartphone.

Luckily, Android’s open nature as a platform means you can take advantage of its Linux roots. With the terminal apps on this list, you’ll be able to turn your Android device into a capable machine, comparable to a desktop environment.

Termux is more than just a terminal emulator; it’s the whole Linux environment. When you install Termux, you get what is basically a minimal Linux system running on your Android device as an app. You are provided with a Bash shell by default, and most Linux commands and utilities work as expected. 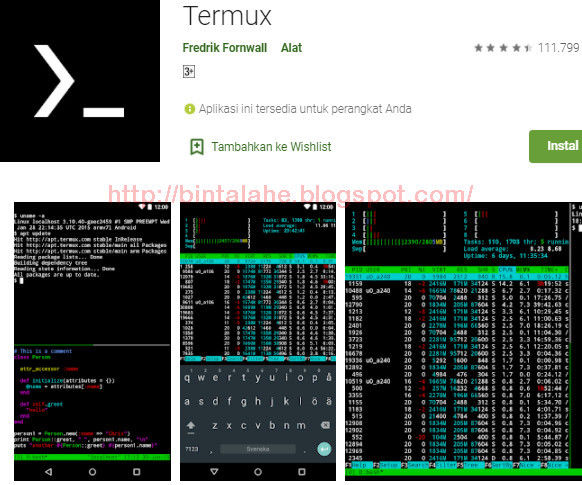 Termux also gives you Ctrl, Alt, Esc, and the arrow keys on its interface, making it easier to enter keyboard shortcuts if you don’t have a real keyboard.

Like most Linux systems, Termux has a package manager, which is Termux’s greatest strength. Through the package manager, you can install other shells such as Zsh or fish, source code editors such as Vim and Emacs, and SSH clients and servers. Not only that: you can also use tools like FFmpeg and ImageMagick, plus programming languages ​​like C, Ruby, Perl, and Python.

With the right commands, a window manager, and a VNC viewer, you can install a graphical environment in Termux. This allows you to run real Linux applications, such as GIMP, as if they were on a PC.

Starting May 2021, Termux will no longer receive updates on the Play Store in the future. This is due to a Play Store policy change which will break the functionality of Termux. For now, you can get the latest version of Termux on F-Droid, the open source Android app marketplace.

True to its name, JuiceSSH is a terminal emulator with support for SSH, along with Telnet and Mosh. Its main function is to give you the ability to remotely connect to another PC, be it your own computer on a local network or a remote server. 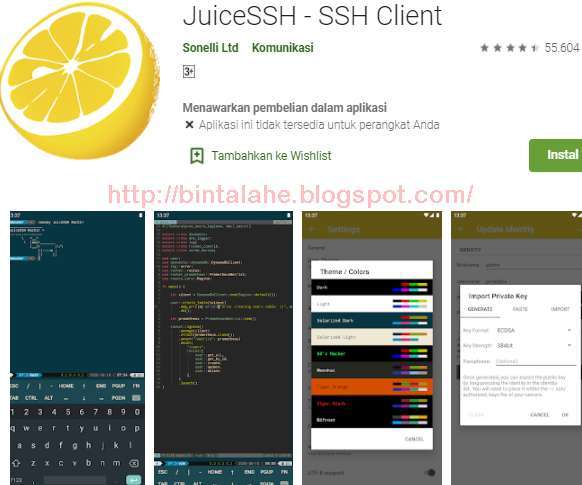 As a terminal, JuiceSSH gives you a colorful console that has themed options, including fonts. Inside the terminal, you will find the software button for Ctrl, Esc, Alt, Tab, and arrow keys, but you can also use an external keyboard, if you have one.

JuiceSSH also comes with the ability to open a shell locally, giving you access to Bash and its standard utilities. You can’t install any additional packages, so you’re limited to a minimal Linux environment.

Within the app, you can install plugins to extend the functionality of JuiceSSH. Among these plugins, you will find a performance monitor that shows the CPU, memory, network, and disk usage of your Linux server. There’s also a plugin for using JuiceSSH with Tasker profiles, letting you take advantage of Tasker’s powerful automation capabilities.

JuiceSSH also has some premium features available with a one-time purchase, such as the ability to back up and sync all your saved connections and settings between multiple devices. Enhancements also allow you to integrate with Amazon AWS, plus store commands and scripts as snippets that you can quickly access between sessions.

While Android itself is a capable platform, its security features can sometimes break the functionality of Linux programs. In such cases, it is better to work on a remote PC or server, as desktop operating systems can be more flexible. This is where apps like JuiceSSH come in, so if that’s what you’re after, be sure to give it a try.

Android comes pre-installed with the shell and many standard Unix utilities, but these are usually not accessible to you as a user. Qute makes it possible to access and use it, just as you would on a computer. 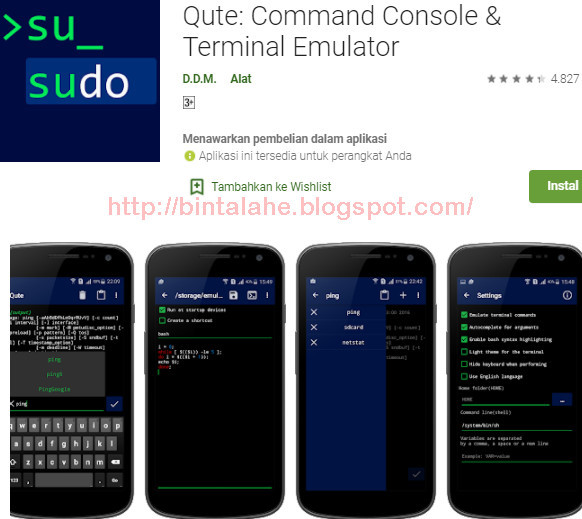 Qute is a pretty simple offering in this regard. It provides you with a terminal emulator and tools like ping, trace, netstat, ifconfig, mkdir and more. The command autocompletion feature lets you find the correct command more quickly, and you can run commands simultaneously by separating them using a semicolon before entering.

A standout feature of Qute is its Bash script editor. With it, you can create, edit and save any shell script you want. You can also set the script to run automatically when your phone boots up.

If all you need are basic Unix tools and a terminal that doesn’t stand in your way, then Qute is worth checking out.

LADB is a bit different from the other apps here. Instead of trying to emulate a Linux terminal or provide an SSH client, LADB gives you access to the Android Debug Bridge shell. It lets you run commands from ADB directly on your phone, without the need for a PC. 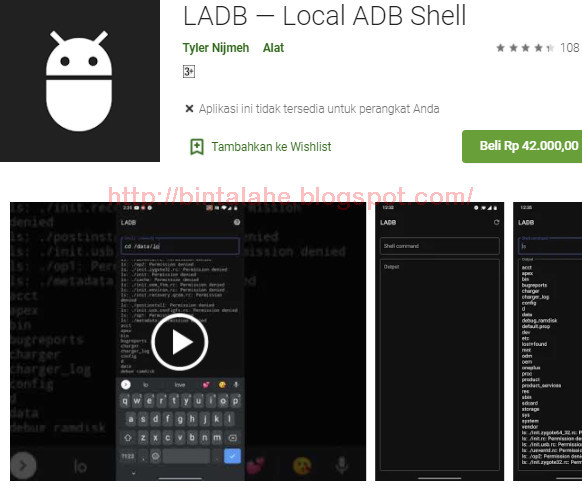 LADB achieves this by incorporating an ADB server in its application library. Usually, you need a USB connection for ADB to work at all, but LADB takes advantage of the latest feature released in Android 11 called Wireless ADB to avoid this. Basically, it fakes a wireless connection and fools the ADB server into thinking that the client is a different device.

Among the many tasks you can complete with the ADB shell on your device is the ability to record your screen, uninstall bloatware apps, change app permissions, and even send SMS messages from the command line.

While you do need Android 11 to use Wireless ADB, you can also enable the feature on Android 10. To do this, first connect your Android device to your PC, then type “adb tcpip 5555” on the command line. This will enable Wireless ADB until you reboot your phone.

Granted, this does derail the app’s purpose, as you need a PC for it to work. However, as time goes on, more devices should support this feature natively.

Make Your Android Phone More Powerful Than Ever

The beauty of the Android ecosystem is the ability to do anything with your device, with few limitations. Whether you want to connect to an external PC or develop programs directly on your phone, one of these terminal apps is sure to have everything you need to turn your device into a small desktop environment.