Ubuntu Touch’s approach to smartphones, deals with the lack of apps by providing social, news and photo tools natively. This is done under the guise of Scopes, a different page from the Home screen that provides customized news, weather, apps and social networks.

It works fine, although there are always times when the app is needed.
Perhaps Ubuntu Touch’s greatest strength, however, is Convergence.

These are systems, such as Microsoft Continuum and Samsung DeX, in which a mobile device is connected to a wireless HDMI device, keyboard, and mouse, and is used as a desktop computer. The only real difference between this and your desktop Linux device is that the phone has an ARM processor.

Supported devices currently include handsets where Ubuntu Touch was pre-installed, along with the OnePlus One, Fairphone 2, and Nexus 5 (Hammerhead). More are in active development, such as the OnePlus 2 and OnePlus 3.

Jointly developed by Jolla, Mer (middleware stack developer), Sailfish Alliance (group of companies) and community members, Sailfish OS is a continuation of the abandoned operating system MeeGo, which is based on Maemo and Moblin. 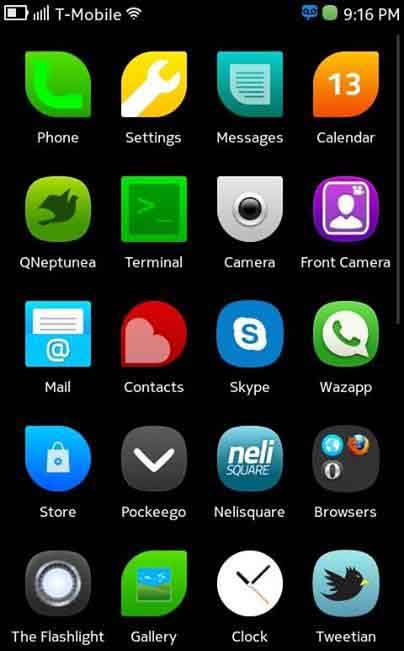 The latest version of Sailfish OS is known as Sailfish X, which runs on Sony Xperia X devices. Unfortunately, Sailfish OS is not open source, and the free version is a limited time trial.

The full version of Sailfish X will set you back around $50, and it’s only available in the European Union, Norway, and Switzerland. As stated on the website:

Sailfish OS has Android app support, so if that’s interesting, it’s worth checking out.

Plasma Mobile
Perhaps the most interesting option on the table is Plasma Mobile, a smartphone-focused spin on the popular Plasma, the latter considered one of the best Linux desktop environments.

After gaining a lot of attention during 2017 (mostly because Ubuntu left Ubuntu Touch), Plasma Mobile’s goal is to be “a complete and open software system for mobile devices.”

Currently compatible with the Nexus 5 (Hammerhead) and OnePlus One, Plasma Mobile (based on Kubuntu) is also available for Intel-based PCs and tablets, thanks to a Linux-based version of Arch.

There’s also multiROM support for the Nexus 5 (Hammerhead), allowing you to run Plasma Mobile alongside a custom Android ROM of your choice.

Perhaps the best part about the Plasma Mobile project is that you can run Plasma desktop apps and widgets, as well as Ubuntu Touch apps. This gives the project a wider choice of applications than Ubuntu Touch.