If you’re bored or have little time, playing web games is the perfect way to keep you entertained. To help relieve boredom, we’ve compiled a list of the best fast web games to play online while you sit twiddling your thumbs.

This addictive game is small and requires no commitment or registration. While they’re so much fun you won’t want to stop, they’re light enough that you can switch from them at a moment’s notice if you need to.

Here are the best fast web games to play online when you’re bored. 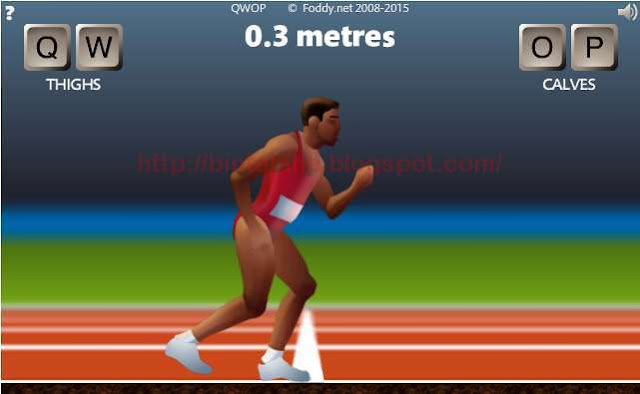 QWOP is a legendary web game. The goal is simple: successfully run 100 meters. Except, doing that is nothing but simple, as you have to manually control the runner’s thighs and calves. Don’t be surprised if it takes you some time to get off the starting line, but at least you’ll have a good laugh doing it. 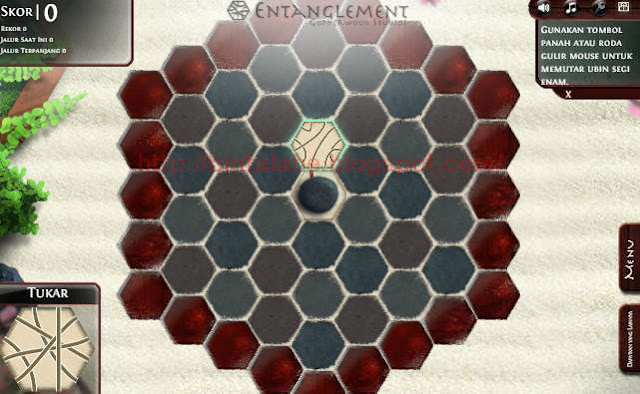 Entanglement is the perfect game to play when you’re stressed, even if you don’t like puzzle games. The goal is to make the longest path through the tiles you place. These tiles are randomly generated, but offer enough options that they aren’t frustrating. Plus there’s some soothing and beautiful background music. 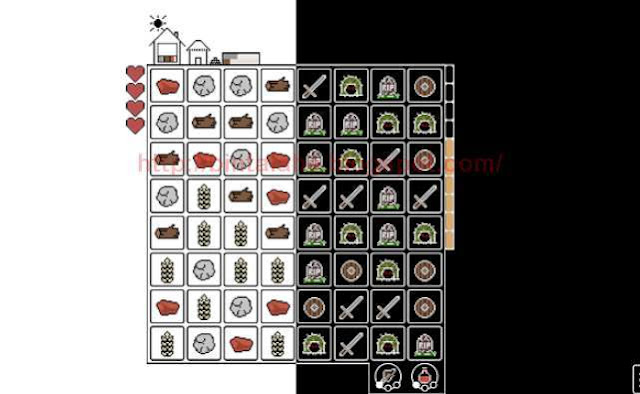 Gridland is a match-three game with a twist. There are two phases: day (where you match and collect resources to build your village) and night (where you are matched up against invading monsters). Time only evolves as you move, so it encourages smart planning and attention. It’s super clever, but more importantly, a ton of fun. 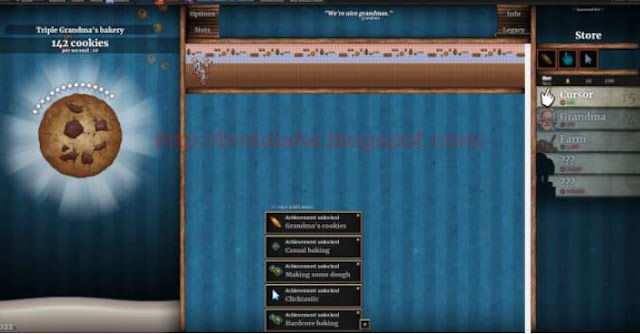 The concept of Cookie Clicker is so shallow, you can only really understand it once you start playing. The main goal is to generate as many cookies as possible. You do this by clicking on the cookie. There he is. You can then exchange cookies in the store to buy power-ups to automate tasks, such as amplified cursors or grannies. 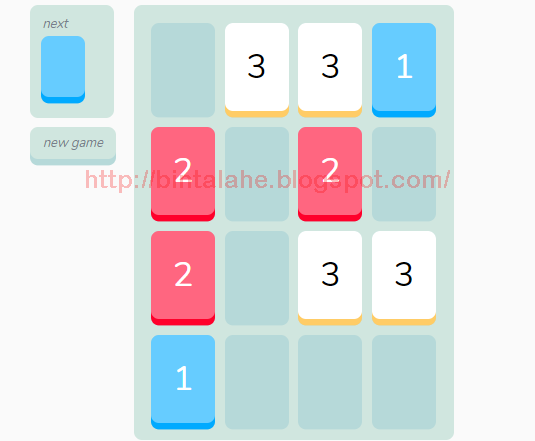 Threes is a popular mobile game that has turned into a web game. You slide numbered tiles on a four-by-four grid to combine them into multiples of three. The goal is to get the highest score by stacking and reaching the rare tiles. While it seems simple in concept, it’s really fun to keep the game running for more than a few minutes until there’s no movement left. 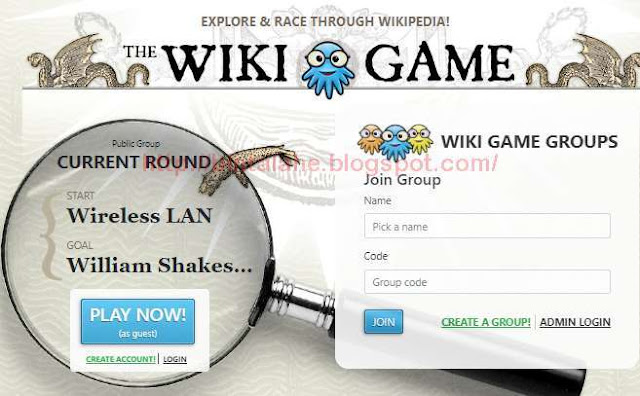 Wikipedia is a treasure trove of interesting information. And The Wiki Game takes advantage of the free online encyclopedia by challenging you to travel from one Wikipedia page to another using internal links on those pages. It also determines your timing based on how easy the challenge is.

For example, going from the Pacific War start page to the Ocean ending page is relatively easy. On the other hand, moving from the Electric Chair to HTML is a bit tricky. 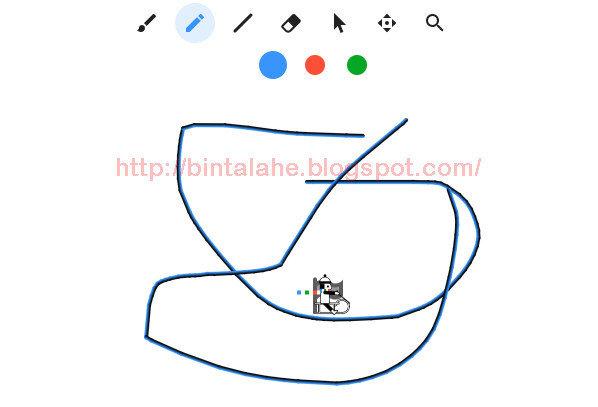 Line Rider is a web game so popular that it turned into a Nintendo DS and Wii title. You don’t need the console as it can be played directly in the browser. Use your cursor to draw a line, which is then followed by the little figure. Get as creative as you can by drawing crazy loops, ramps and jumps. 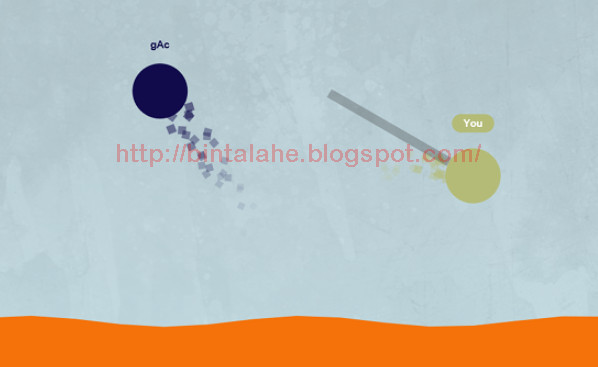 The Floor Is Lava! that’s exactly what it looks like: there’s a deadly lava below which you avoid by launching yourself at your mouse cursor. But there are other players too, and it’s a bit like a bumper car; if you hit them, you bounce back. It’s hard to stay alive, but so much fun! Each game lasts less than a minute, but you will want to keep playing again and again. Quick, Draw! not only a game, but also a way to train a neural network. You are presented with a word and then get a short amount of time to scribble on it. As you draw, the system will try to guess what it is based on machine learning. Your drawings will then be used to help train the machine in the future. 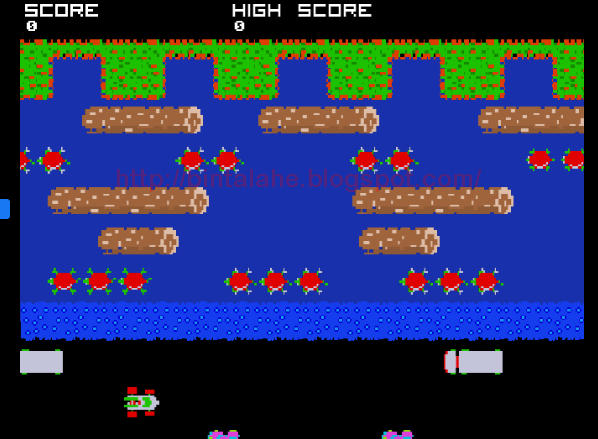 Frogger is a classic 1980s arcade game. It has had many sequels over the years, but the original still retains a lot of charm. This web game is a recreation of the original. If you’ve never played Frogger, you’ve got to get it right. The goal is to jump your frog to the other side, avoiding traffic on dangerous roads and rivers. 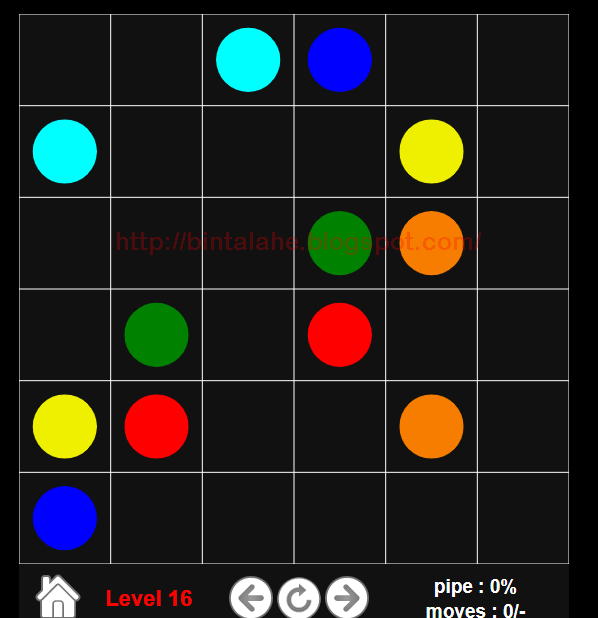 Free Flow Colors has hundreds of levels to keep you entertained through the many visits. In the game, you have to match colors together by drawing a line between them. You also need to cover the entire board. The only problem is, if any line crosses then the move is invalid. Simple but addictive. 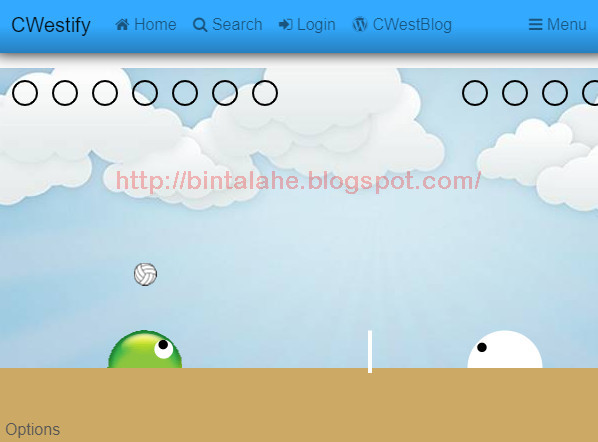 Slime Volleyball is an old online game, but it’s the test of time. You can play against the computer or a friend. You control the tiny blobs or slime as you hit the ball back and forth across the net. If the ball hits the ground on your side, it is a point for the opponent. The Slime series expanded to other sports, but volleyball remains the best. 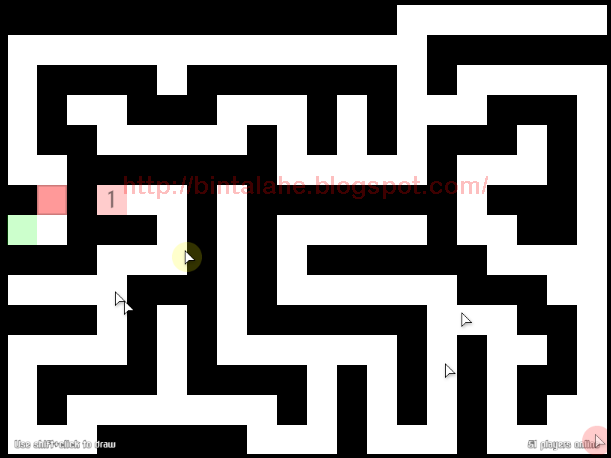 Cursors turns your mouse cursor into a character, and your goal is to get out of the maze. But you are not alone! You share the world with everyone else playing the game, and some puzzles require cooperation and coordination. 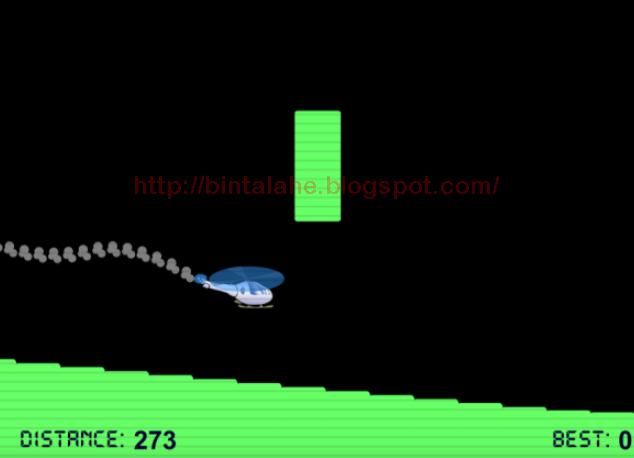 Helicopter, you use the mouse to control the helicopter and avoid the incoming obstacles. Click to let the helicopter rise, stop to let it fall. It’s an endless game that speeds up and gets frantic. Since it records the score of each game, it will give you that addictive “just one round” feeling as you try to beat yourself.

A Dark Room is one of the most famous clicker games because it’s not just a clicker game. It’s infused with role-playing and narrative elements that elevate the experience into something bigger. It starts off slow, but sticks with it. It would be a waste. 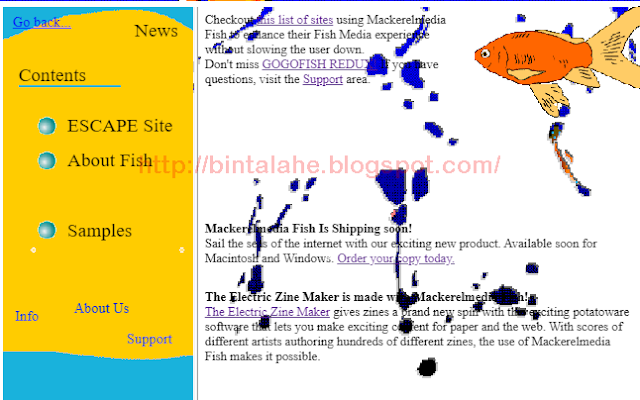 If you like the whimsical and the beautiful, Mackerelmedia Fish is for you. It’s an interactive experience that guides you through a fictional retro web. Game goal? Yes, that’s what you have to find out for yourself. It’s a funny and amazingly animated game and the less you know about it before you get better. 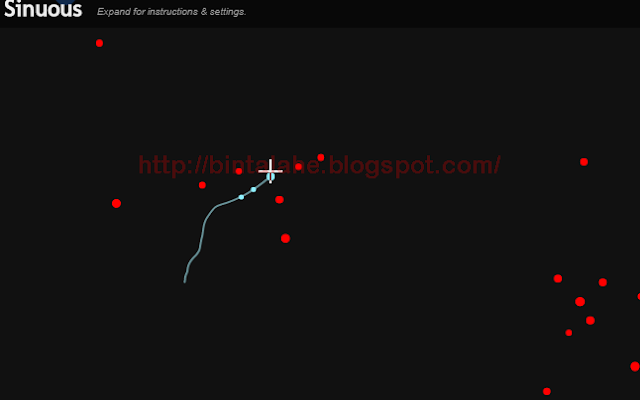 In Sinuous, you are your mouse cursor. Avoid endless bursts of red dots, touch green dots for invulnerability, and see how long you can last. The game is highly replayable and excellent for short bursts of 5 to 10 minutes. 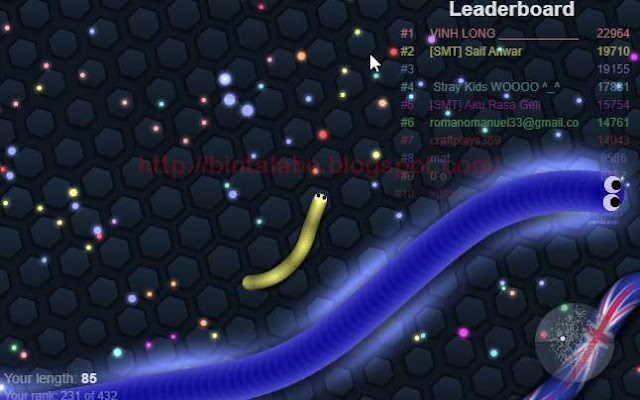 Slither.io is a fun and colorful online game where you control a snake in a neon landscape, sliding into glowing orbs to increase your length. The challenge is that you play against other people, some of whom are longer than you. They can blanket you and make themselves last longer. Of course, you can do the same with smaller snakes. See how big you can get. 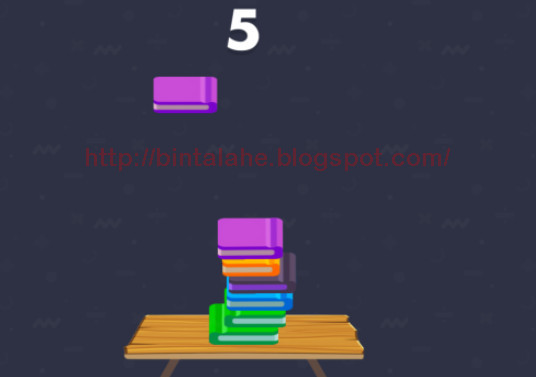 The goal of Books Tower is to stack as many books as possible without topping the tower. Each new book slides from left to right and you need to click when you want to drop it. Time those clicks perfectly to align the book, otherwise everything will collapse. 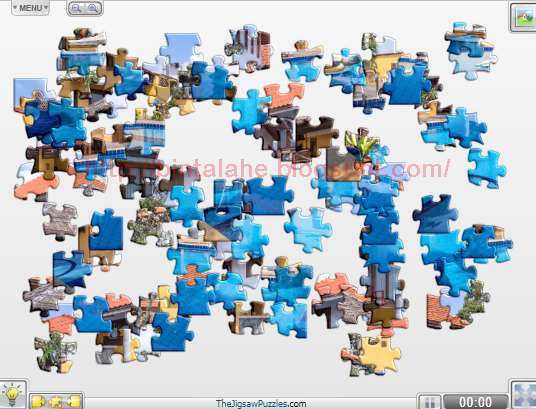 Jigsaw Puzzles is home to thousands of free online jigsaw puzzles, from categories like animals to nature, each of which has a difficulty level from 50 to 150 pieces. It might not be as satisfying as solving a real puzzle, but it’s still a fun way to spend 15 minutes.

Mobile Games To Play When Bored

These are some of the best quick web games to play when you are bored and want to pass the time. And chances are you’ll find them so entertaining that you’ll be playing them again and again.